The Ghost of Memory in Lui Gonzales' Countable and Uncountable

What is it like to feel memory with the hands — to touch something that had once been? I imagine there is something flimsy or even ghost-like about memory — something often evoked by faded pictures and withered ephemera. A waning materiality, the ghost of a thing.

In Countable and Uncountable, artist Lui Gonzales visualizes the feel of memory as she explores the imperfectly human act of recollection. Known for her overlapping ink works arranged to form paper sculptures, Gonzales renders sentimentality through a layered gossamer of people and things while simultaneously rendering her subject and muse as memory itself.

Referenced from actual photographs and personal ephemera, the detailed ink drawings in Countable and Uncountable is the artist’s first step at recollection. She gathers loved ones, friends and acquaintances, strangers encountered in passing, possessions both shared and personal, and even things first left unnoticed yet had somehow seeped into her recollection by way of the moments she’d captured in pictures. Exemplifying this is Gonzales’ ‘Let's Stay Outside Just To Be Safe’, a panoramic piece depicting a mirthful outdoor scene at Motorista Bar notably without the torn images and the illusory crevices characteristic of her other works. Here, the detailed ink hatching of the scene takes precedence over sculptural layering. The panoramic quality of the piece becomes an attempt at bringing to life a memory as expansive and as detailed as the medium allows — such that looking at the piece becomes not just a recollection, but almost a reliving of the scene itself. 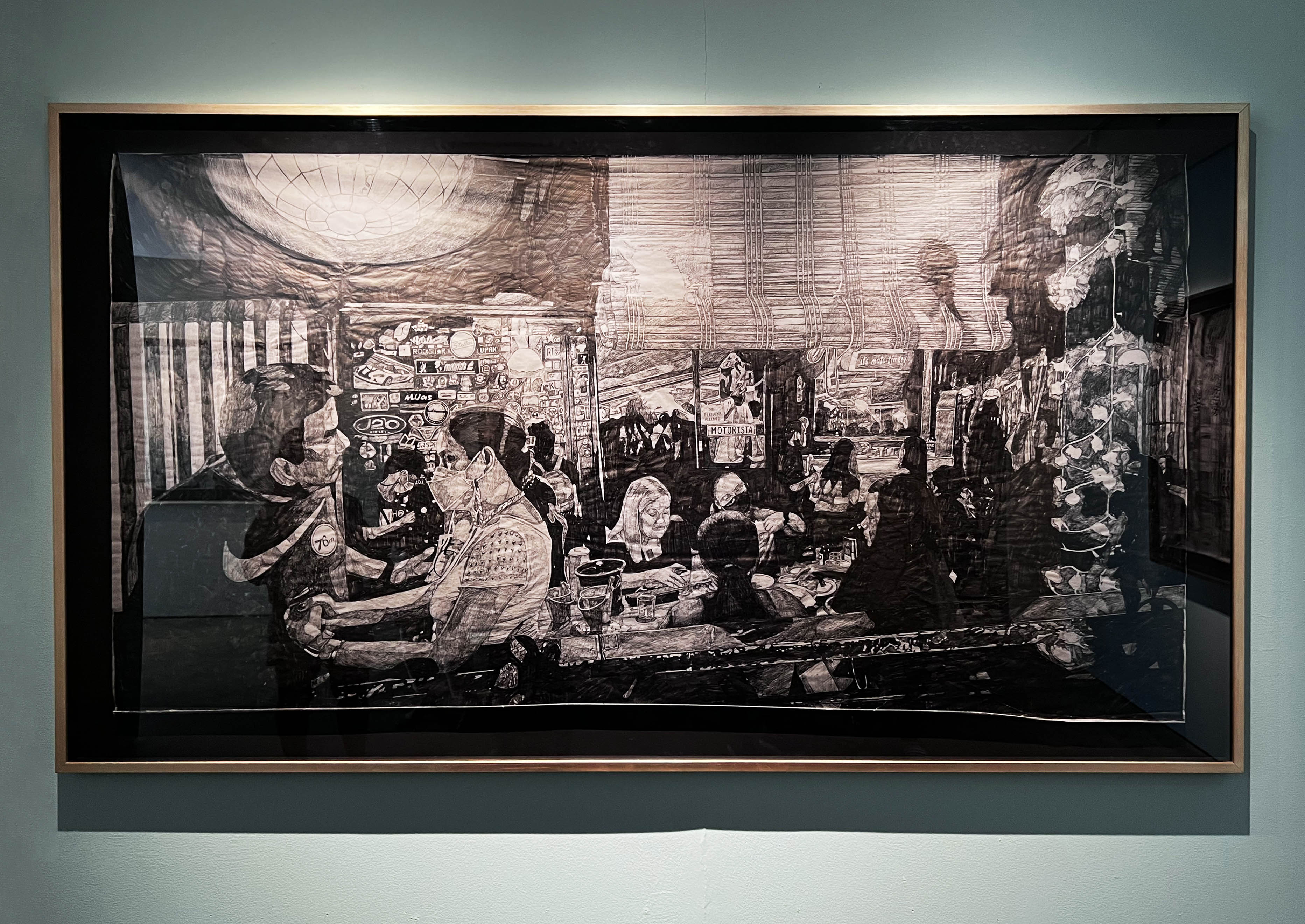 However, to Gonzales, the nature of memory is such that there is only so much that can be deliberately recounted. She speaks of the countable as those deliberately gathered into recollection, and the uncountable as the incomprehensible yet inevitably recollected. Through a meticulous render in pen and ink, Gonzales attempts at bringing to life the ghost of a thing — what had once been — only to realize in retrospect the sheer imperfection of memory. 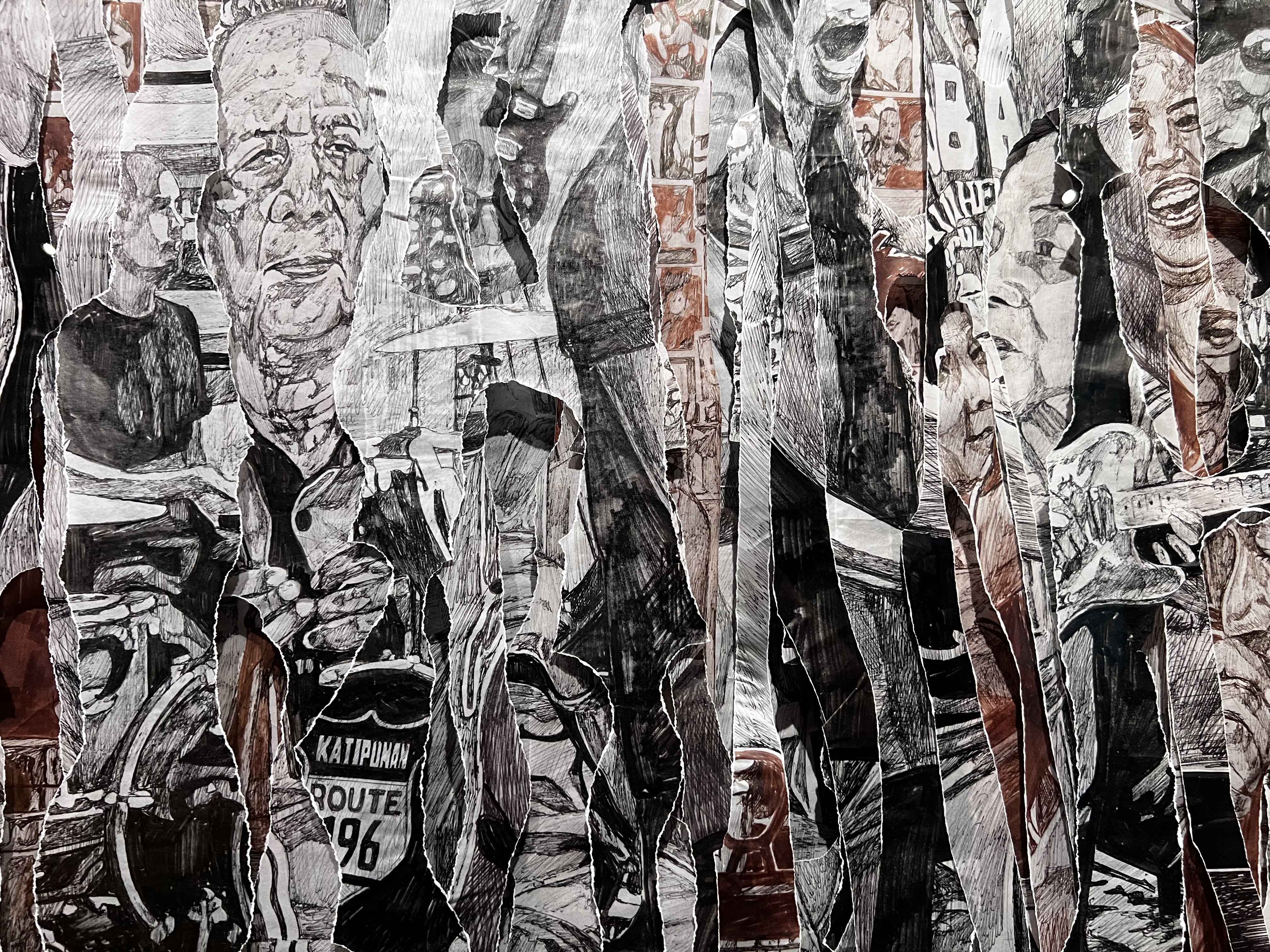 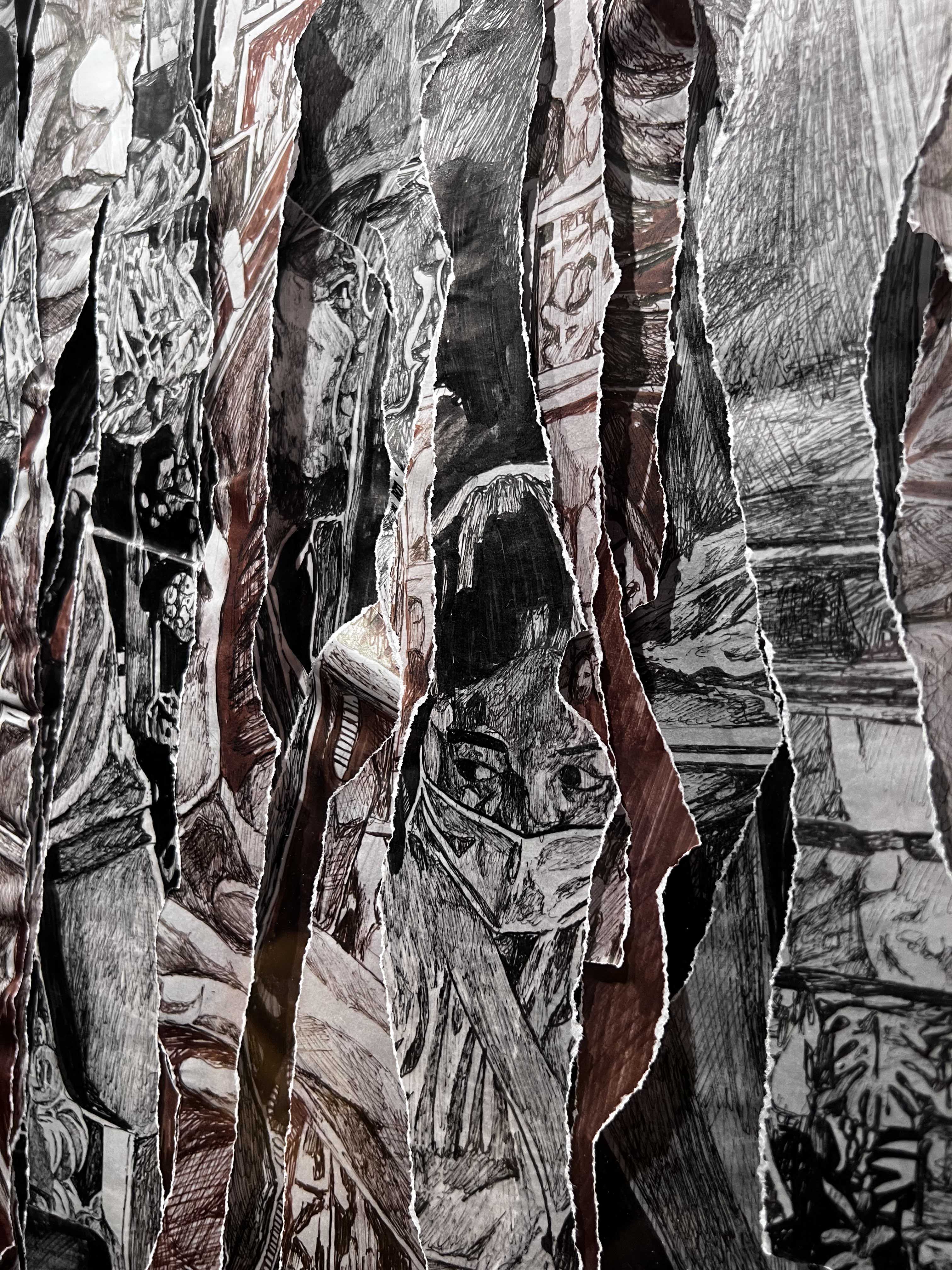 In ‘Don’t Ever Forget to take Photographs’, Gonzales makes a direct testament to her affinity for memories and making them with company, as in the thematically adjacent piece ‘I’m Glad I See People, I Need People’. Rendered in monochrome and sepia tones, both works abridge warmth with the ghost-like texture of tracing paper layered together and torn in strips to form the illusion of crevices. This illusory depth draws the viewer to reach out towards the sculpture — only to be halted in the act by the glass framing the piece, rendering the memory ultimately unreachable — at least, at its most accurate — from the present. Instead, one becomes resigned to vaguely making out ink hatchings of human faces amongst the plethora of incomprehensible shapes coming together to suggest, albeit roughly, candid moments of mirth and artless company.

Meanwhile, ‘Are We Staying In or Are We Going Out?’ features torn images of various ephemera and household possessions — the starkest among which are the traces of a calendar similarly visible in ‘I Look Around Our House and I Like What I See Because It is Us’. Layered amongst images of personal spaces, the torn calendar suggests the passage of time as constructive to the artist’s personal notion of home, even as that very passage inevitably implies the fleetingness of things. By equating the spaces of home to the dweller, Gonzales finds home in memory itself — the recollection of which thereby becomes a mode of being-in for the artist. In ‘I Like What I See Because It is Us’, this takes on an almost literal form as this being-in or making a home out of relationships in the meaningful spaces of one’s world is also rendered a sentimental remembrance of ‘Us.’ With each instance of remembering, Gonzales reflects by piecing together not just a memory, but a complex relationship between self and world as well. What is paradoxically pieced together are images abstracted by tearing the paper, which then become a testament to the imperfection and unfinished states of memory. And as the past continually seeps into the present with every act of remembering, another layer of the countable and the uncountable revives anew the ghost of what had been. While the hollowed spaces in the sculptures of Gonzales are filled by a haunting sentimentality for what was lost, the act of tearing what had supposedly been a finished render of memory suggests an openness to change — a letting go simultaneous with the act of holding on in the very process of recollection. 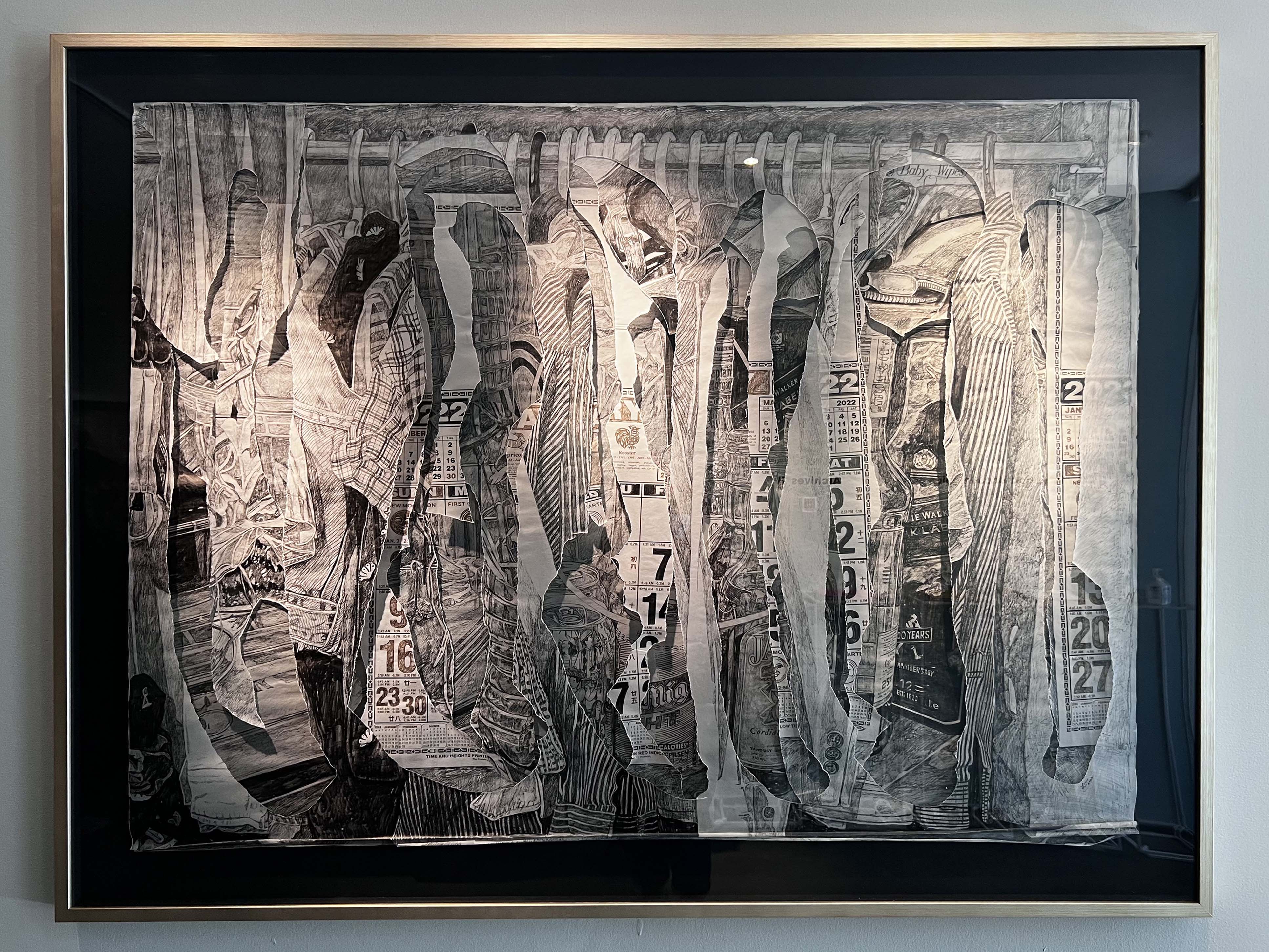 The detailed rendering of memory in Gonzales' works only for them to be torn apart thereby becomes an artistically daring act: a cycle of reconstruct to deconstruct, of death and rebirth. But again, such is the nature of memory. One makes a home of it, always despite the inevitability of letting go. By superimposing the countable with the abstract shapes of the uncountable, Gonzales invokes the ghost of memory while suggesting its dynamism — the life it still takes in recollection even after passing.

Countable and Uncountable continues at Artinformal Makati until October 25.