This is Not MO_Space: Traversing a space of unknowing

Some weeks ago I found myself caught in that weird, liminal place of being both at the beginning and end of something. It was the start of my final year as an undergrad and, coincidentally, my first week on campus after more than two years of distance learning. As I made my way through the university forest path, my attention buzzed with a vigorous, physical sense of participation. The glow of unmediated presence, unlike the virtual simulations of Zoom calls and laugh and heart reacts, softened and galvanized me, and became invitations to revisit older versions of myself which paced those same routes. On weeknights, I’d come home wired — the residue of the day’s movements surging inside my body.

Certain places, I’ve come to learn, can do that to you; they can move you into a space of ambiguity that renders you tenuous, permeable, alive to tension. My most recent encounter with this unknowing feeling was when I visited the MO_Space anniversary show last week, an exhibit that reflects on the institution of the gallery space itself. Intended to celebrate 15 years since the gallery first opened, This is Not MO_Space gathers past and present works from 15 artists — a culmination of perspectives featuring a hopscotch of genres united by a shared, defamiliarized gaze into the gallery institution. 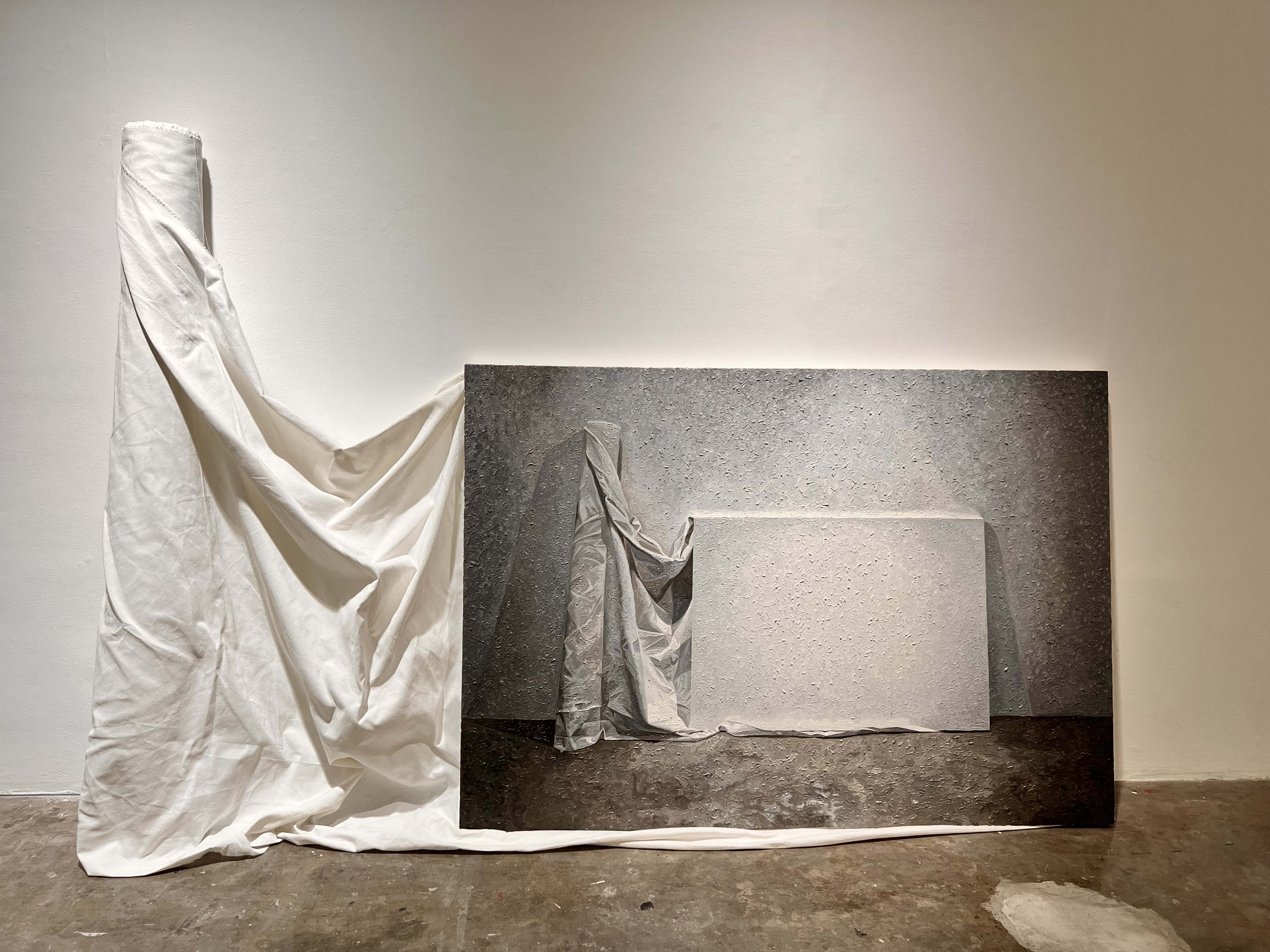 The gallery in question, MO_Space, as described in the show’s exhibition notes, has always been invested in the idea “of exploration, of consistently presenting artistic expressions that thrive against the idea of what is not—or what are the possible definitions of space.” Throughout the show, this idea of what is not is cracked open through varying mediums as the featured artists each engage with the possibilities of negation as a critical and aesthetic act. The show probes negation in the effort to interlocute dialogues from different backgrounds and knowledges, and in effect, showcase how MO_Space has become a hinge point for innovation and daring within the Philippine art world.

Oddly enough, the tone of the exhibit is not exactly celebratory. The show, which documents a labyrinth of experiments and distortions, estrangements and intimacies, as a whole is geared towards concept more than anything. These works highlight space as it irrigates thought and critique, drawing attention to the artificiality and contingencies of artistic practice and the MO_Space institution. Jan Balquin’s ‘Again’ features an oil painting of a plain white roll of canvas attached to an oil painting, with the oil painting itself attached to a canvas. Provoking the doubleness of art and reality, of aesthetic and labor, ‘Again’ is a mind game waiting to be picked apart. 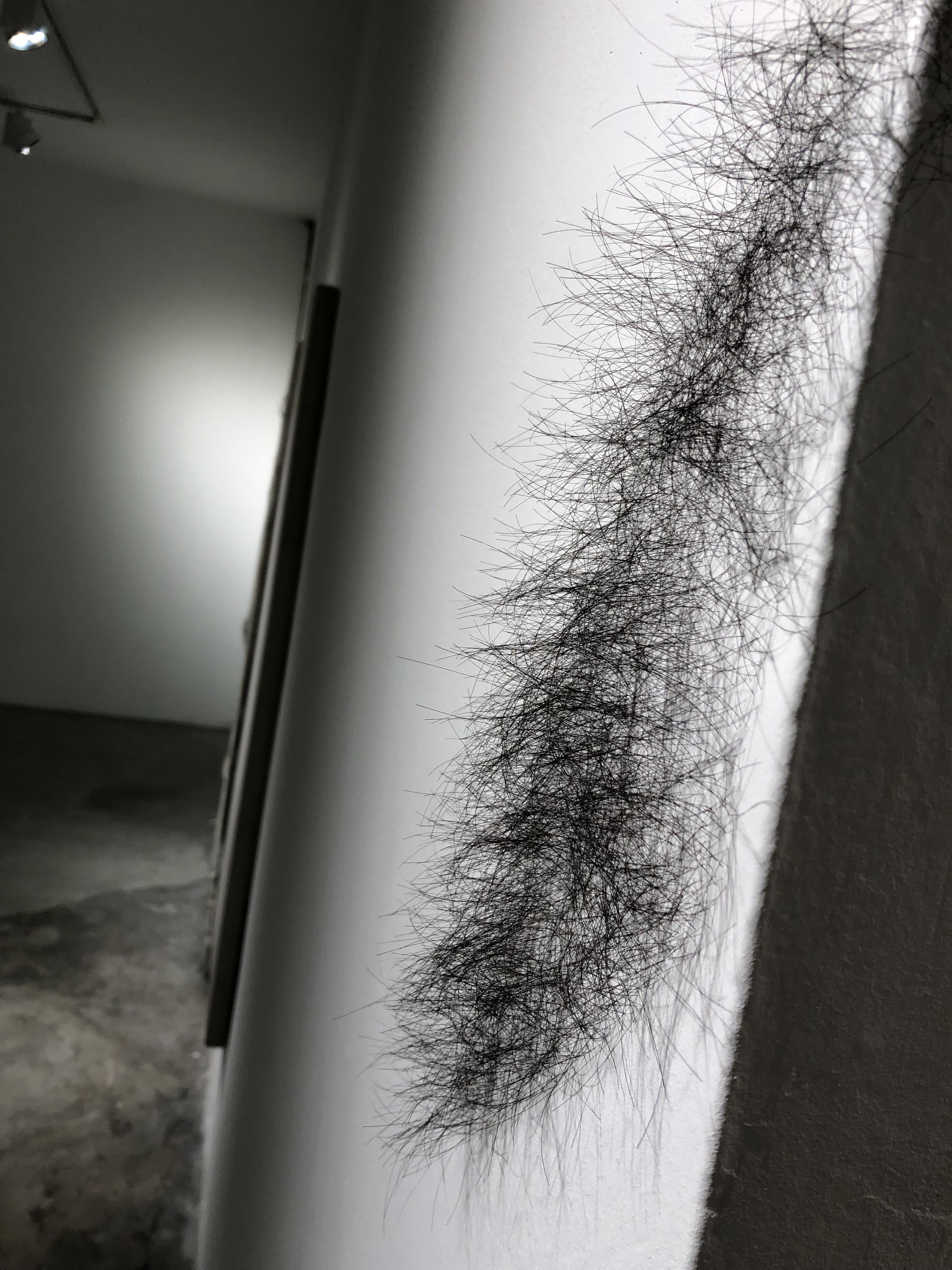 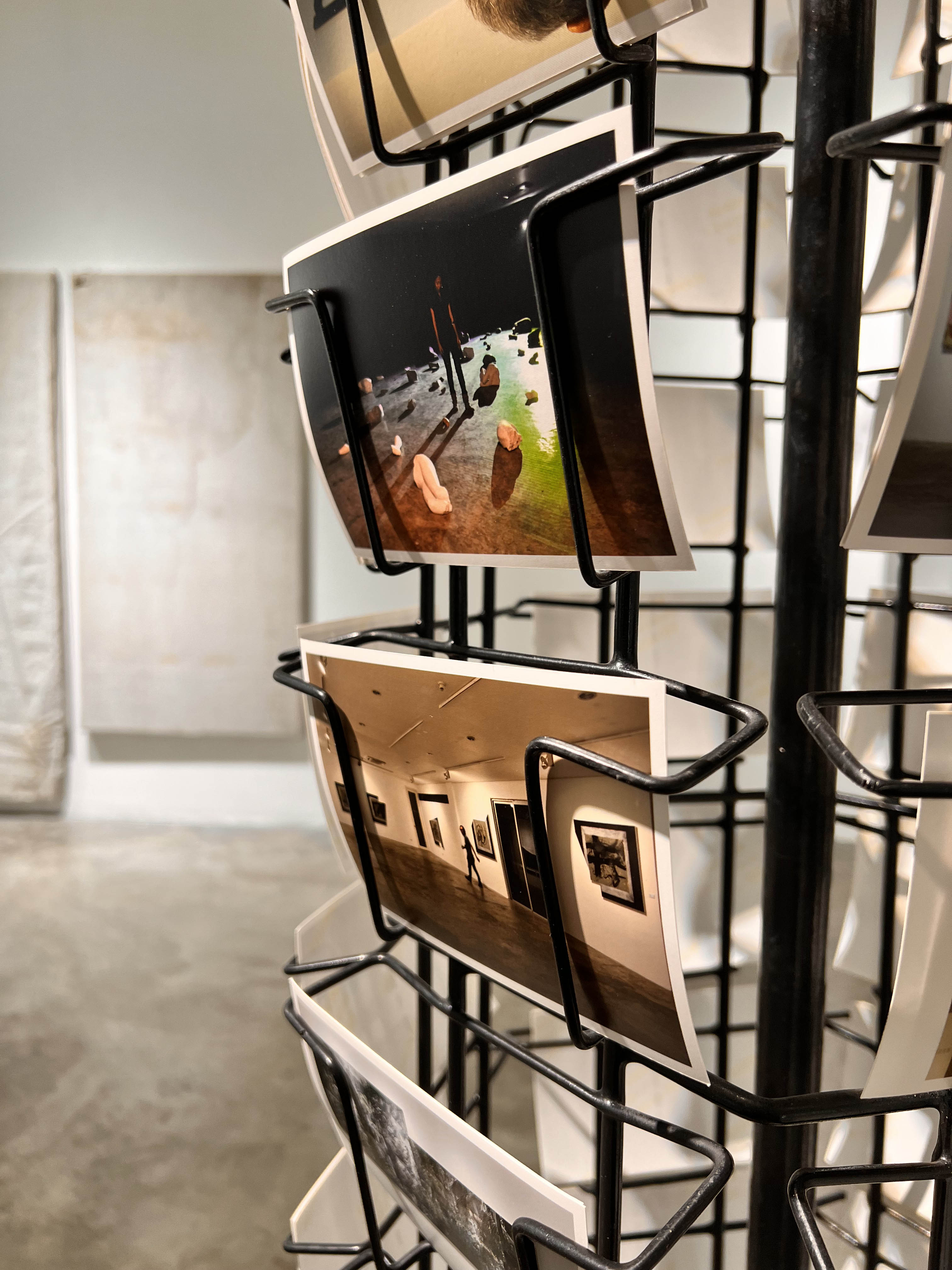 Elsewhere, the 2007 work ‘Monochrome Painting’ by Bea Camacho is both just that and not that: a title card slapped on the gallery wall which co-opts the gallery as part of the work. “Housepaint on wall, dimensions variable,” the card reads as Camacho transmutes the gallery space into a resource in and of itself. 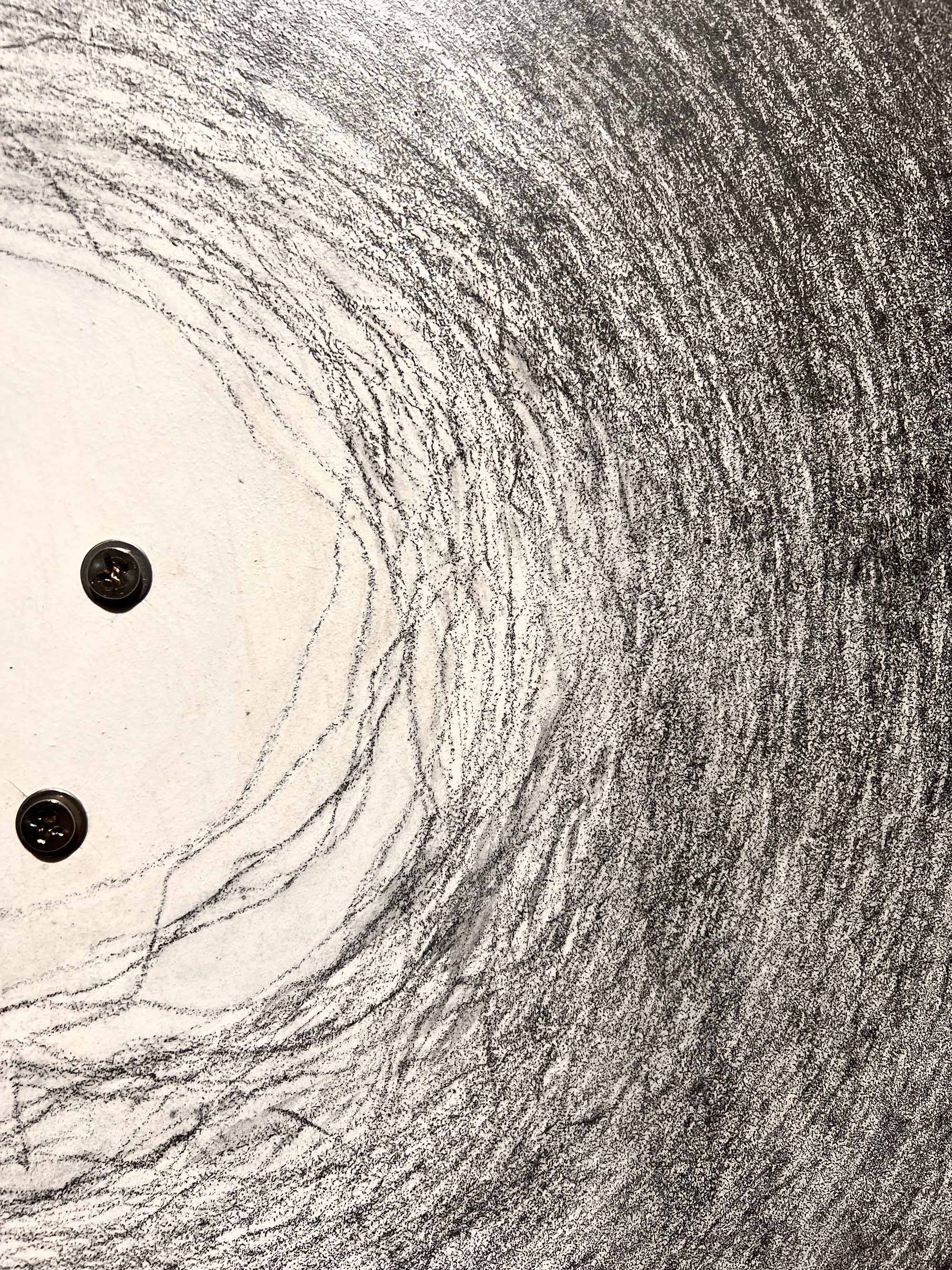 Going through some of the works in the exhibit, I felt less like a spectator and more like a co-conspirator — stumbling upon threads of an idea, crafting makeshift interpretations, entangling myself within the show’s webbed, sticky logic. Each nook in the gallery seems fully deployed to rouse curiosity. On one end, you might encounter a patch of hair (Lou Lim’s ‘Wall grows a portrait’) and on the other, discover broom fiber jutting out from a corner (Gary Ross-Pastrana’s ‘Murmurs’). It’s these small moments of discovery which collapse the distance between bystander and participant as you piece together your own version of events. 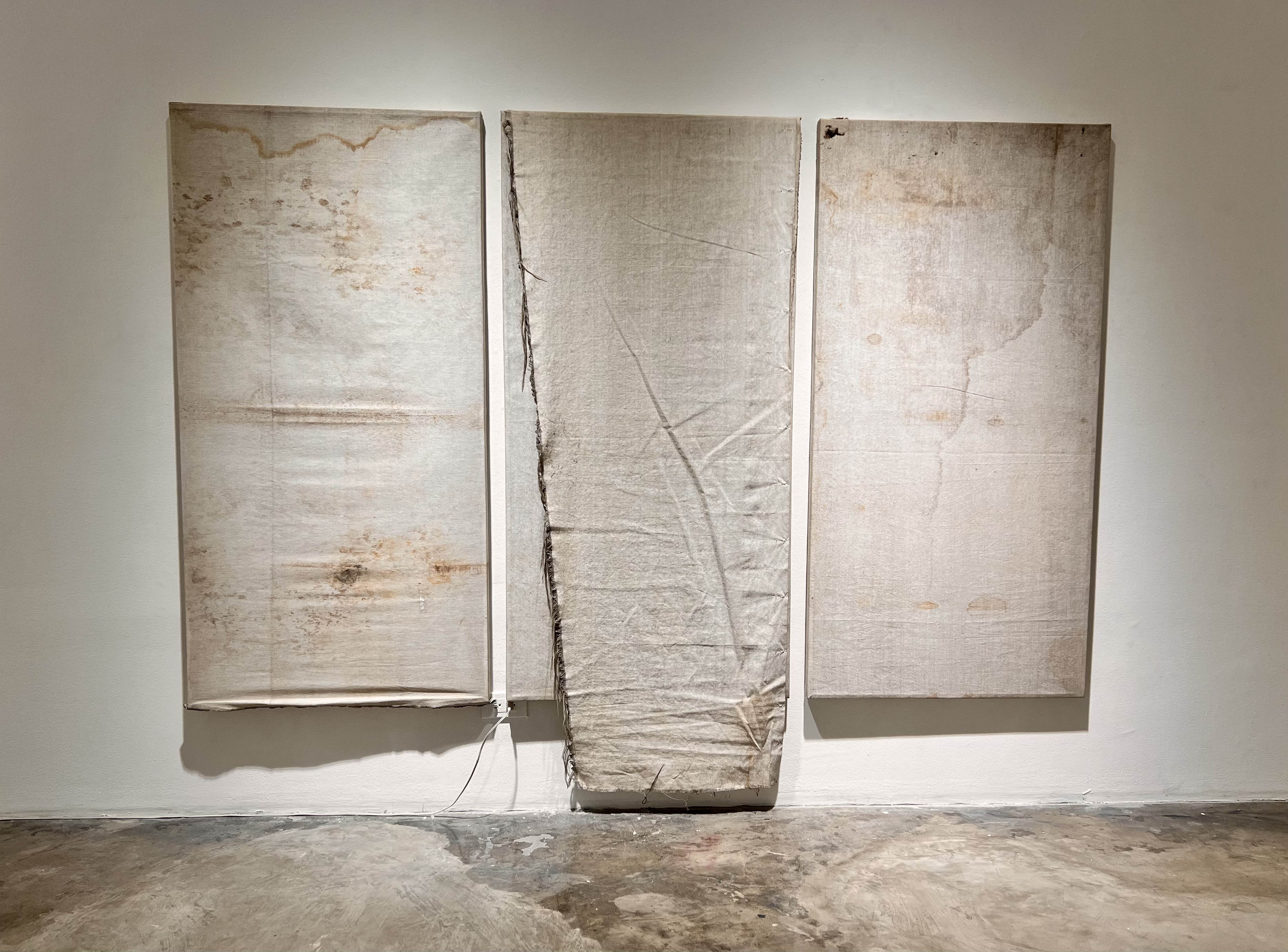 And perhaps if there is any narrative to this anniversary show, it is one of loose ends and quiet recognition. When I got to the gallery, the front entrance was locked so I had to work my way through the back entrance coming from the second floor, a sly little aperture that any visitor can miss if you aren’t specifically looking for it. Somehow it’s fitting for a show as unassuming as this, spearheaded by a gallery that has always prized open-endedness, play, and introspection. Undergirded by this subtle yet unflinching sensibility, This is Not MO_Space is a modest gadget of wonder.

This Is Not MO_Space continues at MO_Space in Taguig City until September 25.

Sean Carballo is a writer and undergraduate from the Ateneo de Manila University.