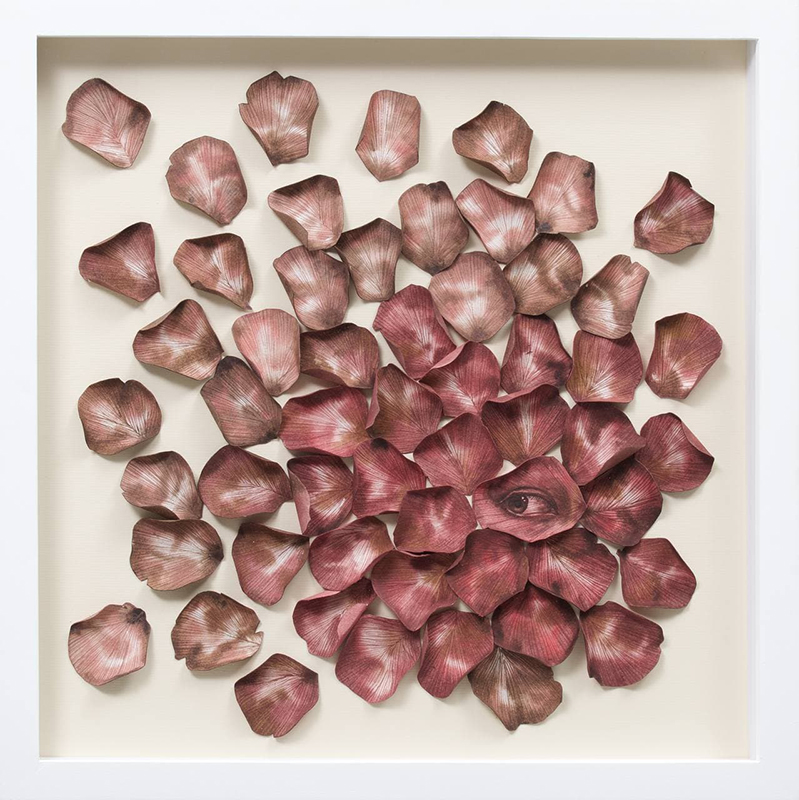 Once in Lipa, 1948, on a windless September afternoon, and to the stupefaction of a young Teresita Castillo, a vine moved, then a voice called out, asking the nun to kiss the ground and return in fifteen days. When she did, Mary appeared to her on a cloud and told the Carmelite four secrets: one for the convent where she stayed, one for China, one for the world, and one for Castillo herself. Castillo would experience a Marian apparition for the last time two months later: rose petals falling from the sky, some of which bore images of Jesus, Mary, and the saints. It would also signal the two years Castillo would remain a nun. The stress from the ensuing investigations became too much to bear, as much as the swell in local devotion surrounding the account and the widening gulf of opinion between the various levels of the church. An early decree by one bishop, in particular, was that no petals be given to anyone in the Carmelite community.

He should have been more specific. An indeterminate time after, some of these petals would leave Batangas and come into the hands of two Marian devotees: the parents of visual artist Steph Alvarez. By 2019, as Steph began counting down the months to her thirtieth birthday, she found herself recalling that particular household possession as inspiration for her practice in portraiture. The result are watercolor cut-outs in flushed to paling pinks, lichen greens and withering yellows and darksome browns, folded to resemble petals either freshly plucked or roiling, upon many – in striking detail – are thinly drawn eyes. The latest of these are on exhibit now at Galerie Stephanie for her first solo show. 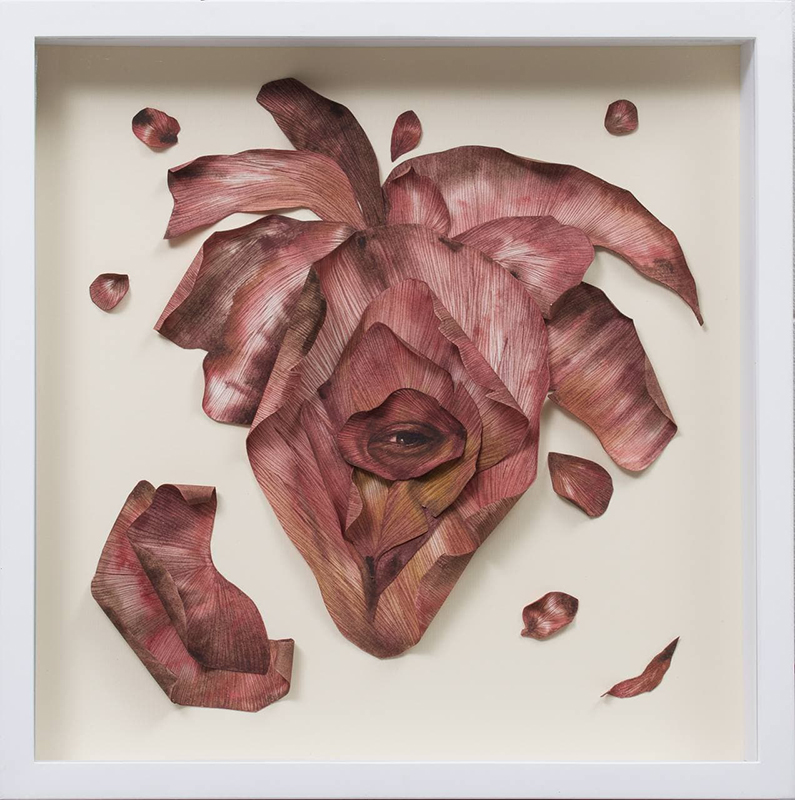 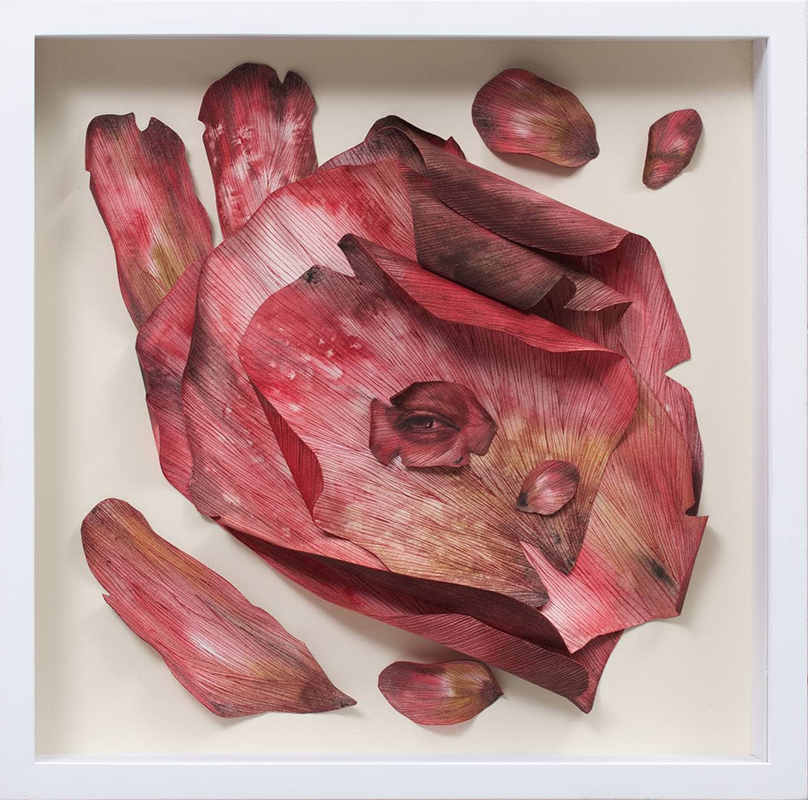 Titled Return of Saturn, the show, which currently lines the walls with ten petal works in various arrangements, proceeds by a great deal of sustention. In Greener Meadows (I Seek) depicts these petals layered like a fruit burst open while unfurling at center is a darting eye. Burgeon (Unbridled Growth) sees the petals in the aftermath of disarray, assembling. The other works vary in effect, but the motifs are few and recurring: it’s a tacit call to order, through a focus that moves by subtraction. It’s reminiscent of the kind of quiet grit so often witnessed in the devout, which can seem, too, so much like a secret well-protected. A silent prayer: a rumination by withholding and with a tight lip to honor it.

And when it comes to professing beliefs, a reading of the 1948 Marian apparition is as resonant. It isn’t ham-fisted, for one, and so much is left out. Castillo kept her secrets, and though Castillo never became a full-fledged nun, she did develop the restraint of one. Private revelations beget private devotion. It’s a small truth that I think comes with age, a truth Steph Alvarez arrived at early into her thirties. Return of Saturn, it bears mentioning, is the artist’s personal retrospective. It’s warranted. The show takes its name after the eponymous phenomenon in horoscope astrology – when Saturn completes its 29.5-year-long orbit and returns to the same spot in the sky as in the time one had been born. It signals something of an existential reckoning toward a very Mary Kondo-like clarity: a person’s crossing from the protracted fog of youth (remember, 29.5 years) to a diametrically opposed adulthood that has finally caught up.

But as the retrospective makes clear, this isn’t about fate. It’s about gumption. The works do away with fated decrees and instead nominate a more reparative outlook. A creative revaluation of life, of structure, that finds its analogy in flower arrangement than in crumbling. It sounds almost like a philosophy, but, as Steph Alvarez maintains, she’s a portraitist. Ever since with her personal works, Steph has been creating portraits of people she’s drawn to, whose lives each possess a gravitational pull that she herself has come to orbit.

And what better display of affection is there, than to capture a beloved just by the look of their eye and dignify them as an apparition of another kind – as if in the unstinting belief that certain people could be immaculate, too.

Return of Saturn continues until March 28 at Galerie Stephanie. Hours are 11 am to 8 pm, daily.

All images courtesy of Galerie Stephanie and the artist.