Cut Up This Body: Artists Ma, Man, and Ho for Gallery Exit

For those who have become film buffs over the extended lockdown, does Gallery Exit have the group exhibition for you. Titled The Spaces Between the Words Are Almost Infinite, the show comprises drawings, sculptures, and video works of Ivy Ma, Ho Sin Ting, and Man Mei To, all of which extract materials from older films, reappropriated to act as something like personal footnotes for the times.

There may not be a more eclectic film buff than artist Ivy Ma, however. Since 2010, the artist has focused on erasing and drawing over found images—film stills and photographs—sourced directly from history museums. Five years on, she had taken to the archive fever credo, and began drawing from such archives to provide commentary to current events. An example toward the latter is “Seven Objects”; each lump protruding from the base black mass is a police baton. By sizing them to a confrontational degree, Ma recalls—herself an activist—the loud banging of police batons during the Hong Kong street protests. Meanwhile, as seen in her three new works, “Nosferatu,” “New Women,” and “Vertigo,” Ma displays her ability with mixed media. Each drawing is first an image printed on rice paper, upon which Ma drew over after she had disassembled and rearranged them. 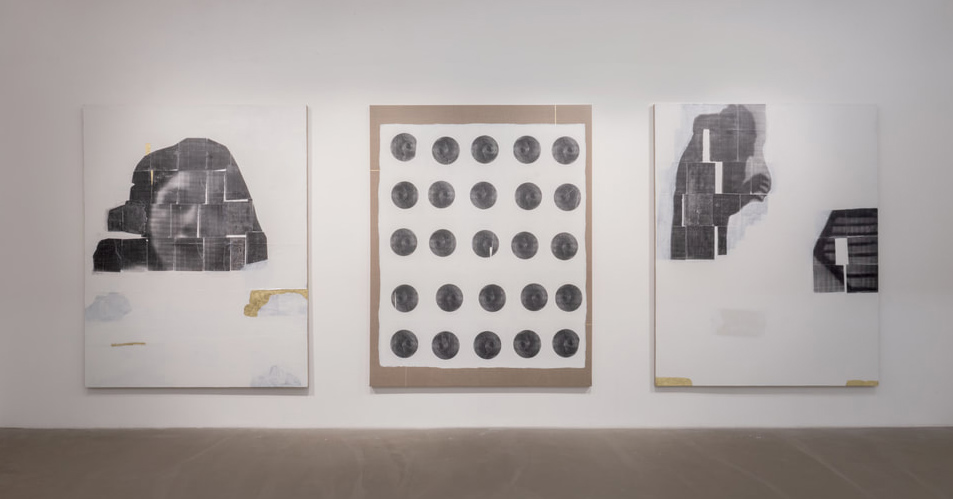 Since 2018, disembodied limbs have become a recurring motif in Man Mei To’s sculptures. “Crime Scene – Leg” is a standout well at home, a nod to the iconic scene in Alfred Hitchcock’s Frenzy (1972). (When Babs’s leg stuck conspicuously out of the potato truck.) Her photography series, “Who is Murderer,” is also a reference to Frenzy, depicting amputated body stumps cast adrift in water.

Where Man and Ma’s pieces delve outward, Ho Sin Tung’s grim suite of works cling inward, in seeming address to the effects of the pandemic to her psyche. “Music to Cut Wrist To” and “Tomorrow Never Came” are violent enough as titles. These drawings on sheet music play on the alienating effect of looking at musical notation without hearing a note of it. “Time Is His Toy” and “Patient,” meanwhile, reference Billy Wilder’s adaptation of the Agatha Christie novel, Witness for the Prosecution, to recall, in a Kafkaesque manner, the torment of a trial perpetually deferred. 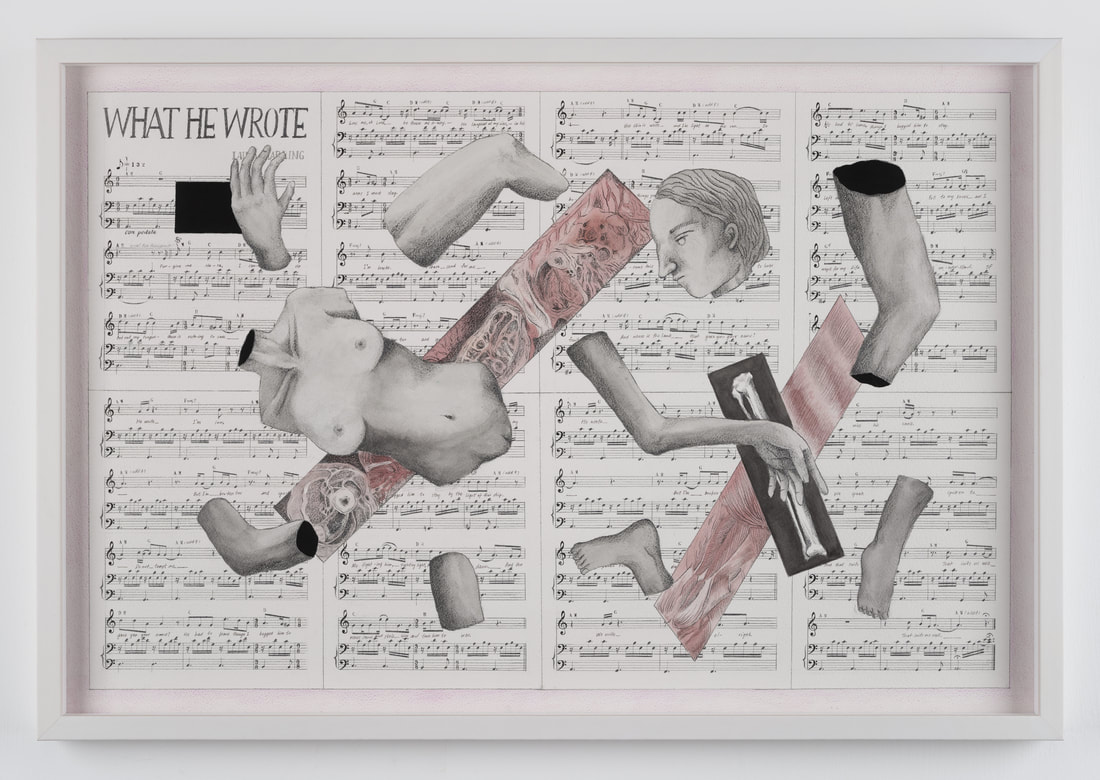 The Spaces Between the Words Are Almost Infinite remains on view until 10 October 2020, at Gallery Exit, Hong Kong.