Political scandals, a tanking economy, a robust portfolio of mishandled disasters, and a divided body politic sorted into colors red and yellow — if any of this sounds familiar, then news of Thailand has remarkably reached mainstream affairs. Yes, that must most certainly be it. Back in 2014, when six artists of different political leanings exhibited together at WTF Gallery for Conflicted Visions, they did so under the premise that there’s a bedrock reality that undergirds each side.

And to the show’s success. As curator Somrak Sila writes, the exhibition raised the question of whether they “can ever have disagreements over fundamental beliefs and ideologies without becoming overwrought. Conflicted Visions was about moving beyond prejudice.”

Shortly after that year, Thailand experienced a coup, the latest in its turbulent political history. Led by General Prayuth Chan-ocha, the aim was to reel the country back into order and peace from Yingluck Shinawatra’s run as prime minister. Questions were raised whether the junta solved more issues than it invited, however, and as more of the nation’s resources went into the promotion of national and institutional stability, military influence wended its way into all areas of government. A post-coup constitution was drafted and eventually signed into law in 2017.

Confusion among groups doubtless ensued, particularly among those who had a hand in seeing the current authority put into power. “The chief purpose was to reduce the country once again to a single vision,” Sila again, “but by doing that, the junta had limited human rights and freedom of speech, and this approach has spilled over into areas that have nothing to do with the political conflict at hand, such as simple natural justice or compassion.” 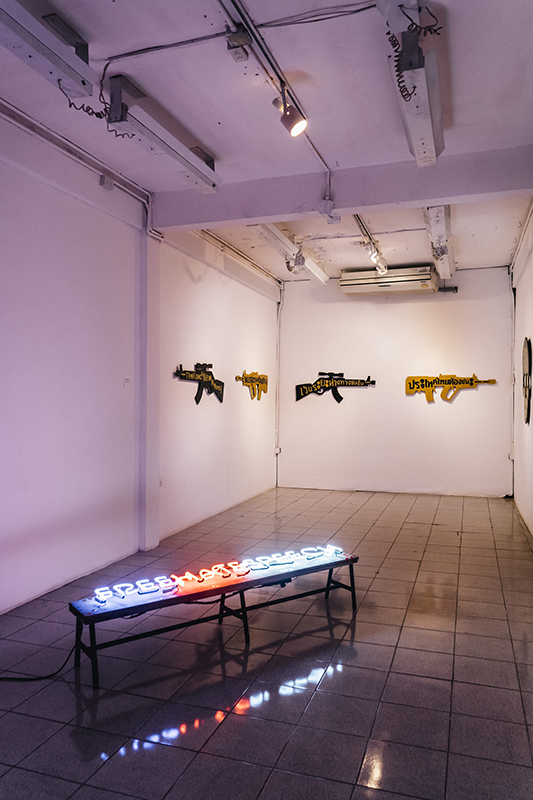 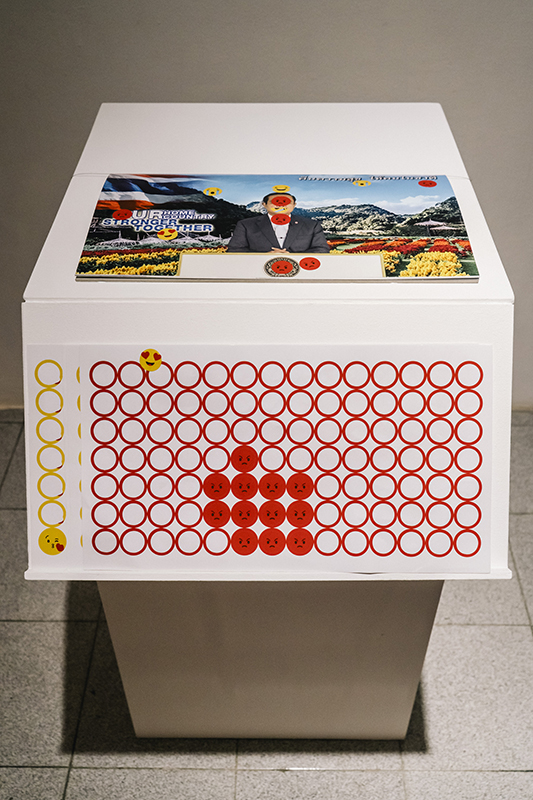 In the left photo, Sutee Kunavichayanont’s neon sign “FREEHATESPEECH” blinks the words separately, then all together, at Conflicted Visions Again. Hung behind are Prakit Kobkijwattana’s woodcut guns, slathered with quotes from the government’s latest PR addresses for Thailand’s New Normal campaign.

For its 10th year, the gallery has invited Sutee, Prakit, and the rest of the original artist roster to revisit the show’s earlier run with new works created post-coup. Jakapan Vilasineekul’s installation, “In the Tension,” displays a miniature building balanced precariously on a ladder by a thread. Manit Sriwanichpoom’s “Program Will Resume Shortly” comments on the persistent censorship of international news broadcasts, particularly after Thailand’s 2019 national election saw to it that Chan-ocha remained in power, and despite overwhelming odds. 2019 was also the same year that Sriwanichpoom’s film, “Shakespeare Must Die,” was banned by Thai censors for depicting a state-led massacre of over 40 students in 1976.

According to Sila, the bold attempt is to examine “the evolving political attitudes of a polarized society,” before and after the 2014 military coup. With works mainly seething dissent, it’s tempting to consider the artists’ willful display of resistance as already a crowning achievement.

Conflicted Visions Again continues at WTF Gallery until August 23, 2020. Stay tuned for workshops and talks with the artists. 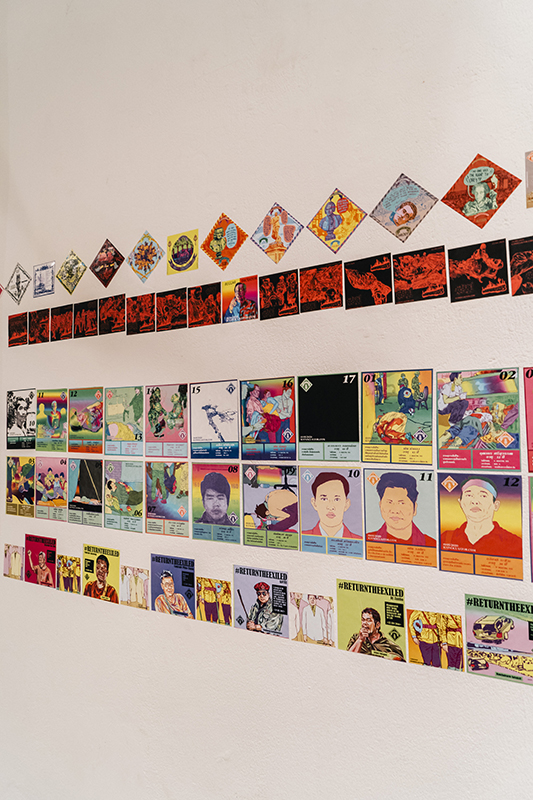 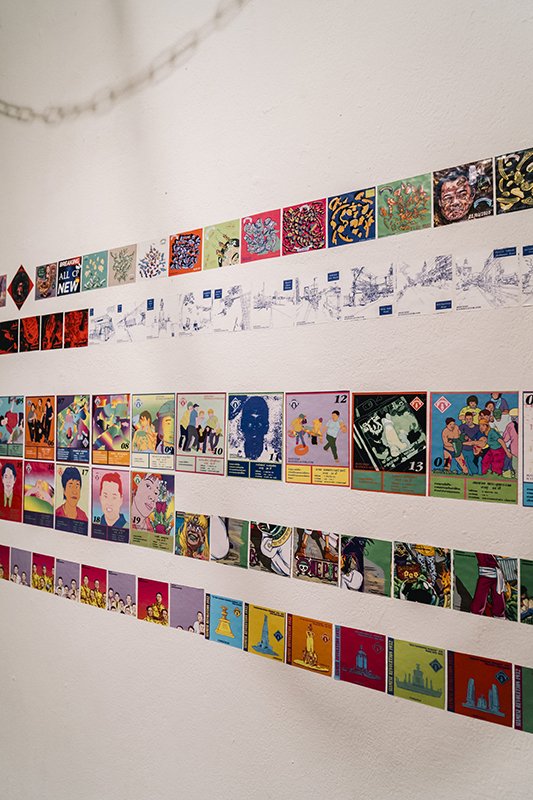 All images courtesy WTF Gallery and the artists.