Zhao Zhao’s “China Garden” Is a Real Piece of Work

“Where there is cotton, there are armies,” writes curator Cui Cancan for Zhao Zhao’s solo exhibition, White, continuing at Tang Contemporary Art. One of world history’s secret metonyms and triggers, cotton helped autonomous civilizations thrive before it became material for colonial intervention and trade. As war capitalism shifted to one of industry, lands of the gleaming “New World” had become established cotton plantations and textile factories, and the natives, slaves.

Growing up in the 2000s with the Xinjiang production-constructions corps, cotton was a mainstay in Zhao Zhao’s youth. Picking it from the fields was voluntary labor; he did it for six years while at school. “He did not know then that the ‘flowers’ before his eyes had nurtured these histories,” writes Cancan, but “this time of boredom, repetition, and hard labor left” an indelible mark on the artist.

In part the artist’s return to these two disparate pasts, “China Garden” is the sole piece of the exhibition, at the center of which is a maze assembled out of stacked cotton. A special name, it satirizes the Chinese-style gardens built in other countries at two separate times. The first, in the early 1900s, when Eastern styles were the latest fad; the second, in the 1980s onwards, as “cultural gifts” to foster good relations. A purely Western appropriation, the garden keeps to a foundational measurement, 1.2 meters, which is internationally considered the most common safe distance to appraise an object: between people, between subject and thing, and symbolically between East and West.

And it is distance, Cancan notes, that is the essential component of Zhao Zhao’s latest piece of work. It’s through such safety that interactions remain controlled and on-the-level. Through it, we can understand cotton’s tacit history and forego how the installation is manufactured; we are allowed the honest mistake of thinking the garden was authentically Chinese. We are safe to look at white blankly. There’s no dialectic here, nothing born anew. Zhao Zhao solemnly presents white cotton, signifying nothing. 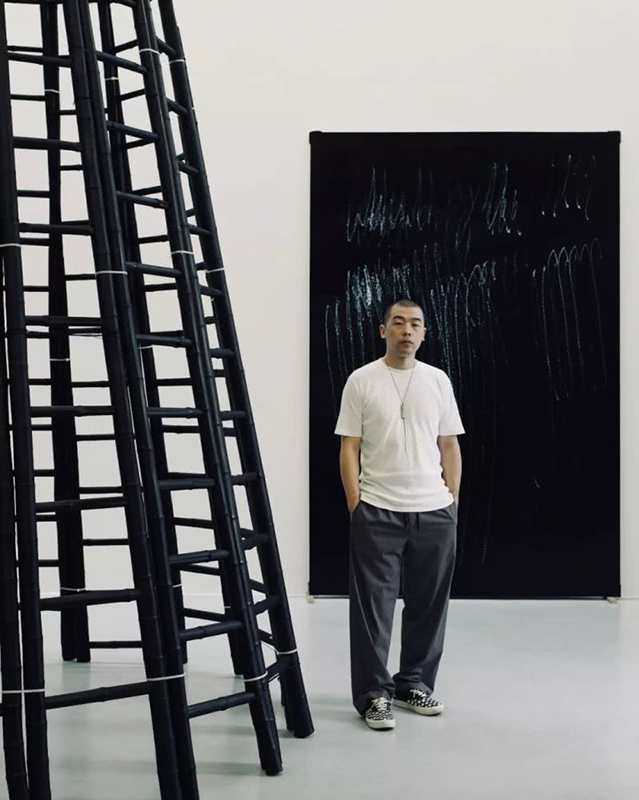