Chow Chun Fai Offers Glimpses of a City in Crisis

On the last week of its extended run at Gallery Exit is Chow Chun Fai’s Portraits from Behind, a series of oil paintings depicting the Hong Kong protests against the 2019 extradition bill. Culminating in August that year what had been the city’s biggest strike in decades, the mass demonstrations were met by indiscriminate arrests and brutality from city police.

Chow, who had started working on the series in June 2019 to process the experience, recreated key events and moments he had either witnessed himself or seen on livestreams and photos circulating online. As these protests were deemed unlawful, he cannot confirm which among them he was present in, nor their dates. The series title, “from Behind,” is out of necessity: to reveal the identities of the protesters would have put them at risk of profiling, too. One arguable exception to the rule is the two-meter-wide panorama of the protesters occupying Hong Kong’s international airport. The abiding constraint furthered the message: the city’s pro-democratic movement doesn’t have, nor need, a figurehead.

Best known for utilizing surreal elements to coolly point out the ludicrous and the ironic, as he did with Paintings on Movies, CHOW felt no need to highlight the bizarre this time around, preferring instead raw outtakes and their urgency. After all, what can be more eerie than umbrellas poised to deflect tear gas? Or a toll plaza in flames? Committed to portraying most of these scenes in small-scale, the imminent dangers are right out of sight. We see riot police racing up a mall stairway, journalists, first aid volunteers, and fire fighters peering out-of-frame. These paintings, poignantly colored in contrasting blue and red hues, illustrate a visceral encounter; there arises an obligation to look. 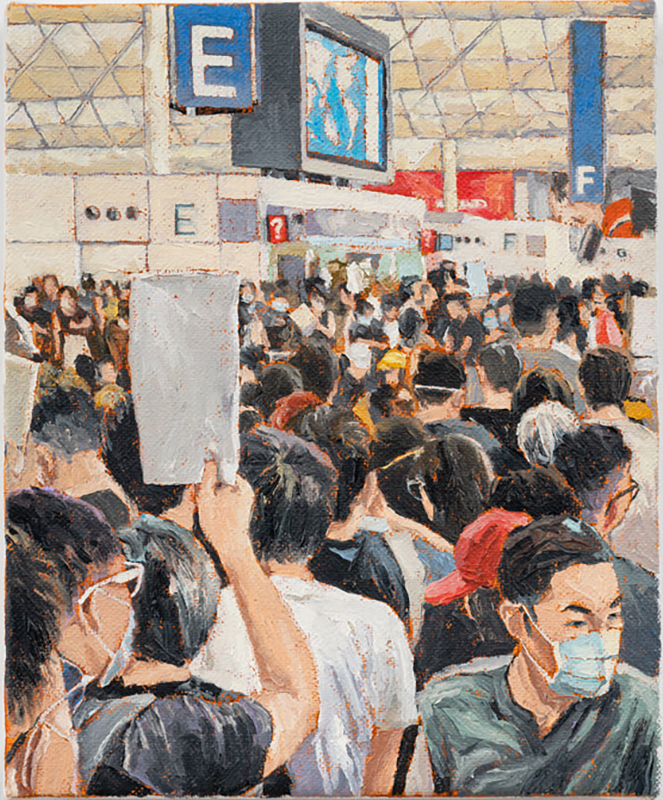 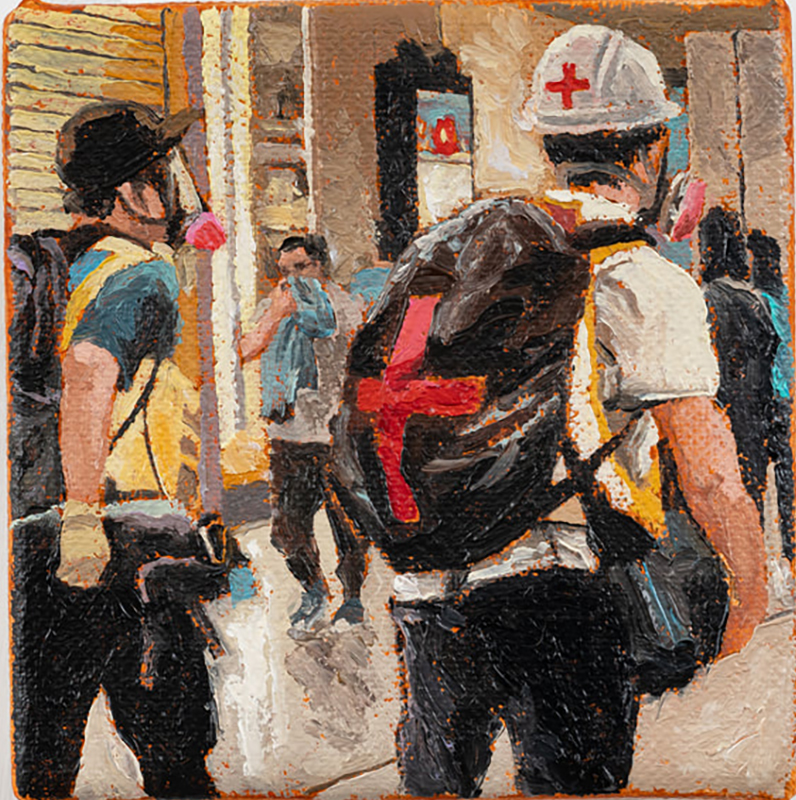 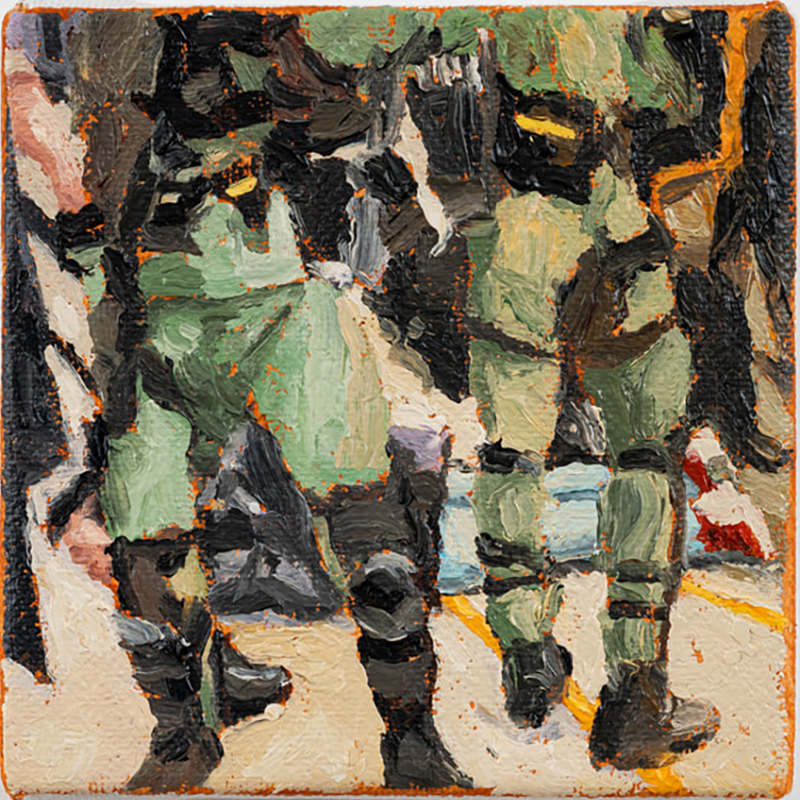 Portraits from Behind continues until June 13, 2020, at Gallery Exit, Aberdeen, Hong Kong.

All images courtesy Gallery Exit and the artist.