Opportunities to exhibit photographs are few in number compared to paintings and sculptural art. In the 2000s survey-type photography exhibits would grace Metro Manila galleries or major cultural spaces at least once or twice annually. The spaces that did champion photography, however, were few and far between. In 2004, Silverlens was established as a photography-centered gallery but has since embraced other art forms as well.

Because of the sparse platforms that embraced the medium, the pressure to produce compelling photography-centric gallery shows tends to dissuade new and practicing photographers to experiment or put their work out considering how competitive the industry is. This led most practitioners to pursue paths of independent publishing, media work such as photojournalism, exhibiting in alternative spaces like hospitals or restaurants, and participating in international competitions to get their work seen.

It may be fair to say that the 2018 edition of Art Fair Philippines — the first edition of the fair that had a dedicated section for photography — sparked a new-found appreciation among art collectors for the art form, underscoring its significance as an equal to painting or sculpture. This also gave rise to interest in new alternative spaces dedicated to photography like Tarzeer Pictures or start-up photography archive Luzviminda, which were both established in the same year. 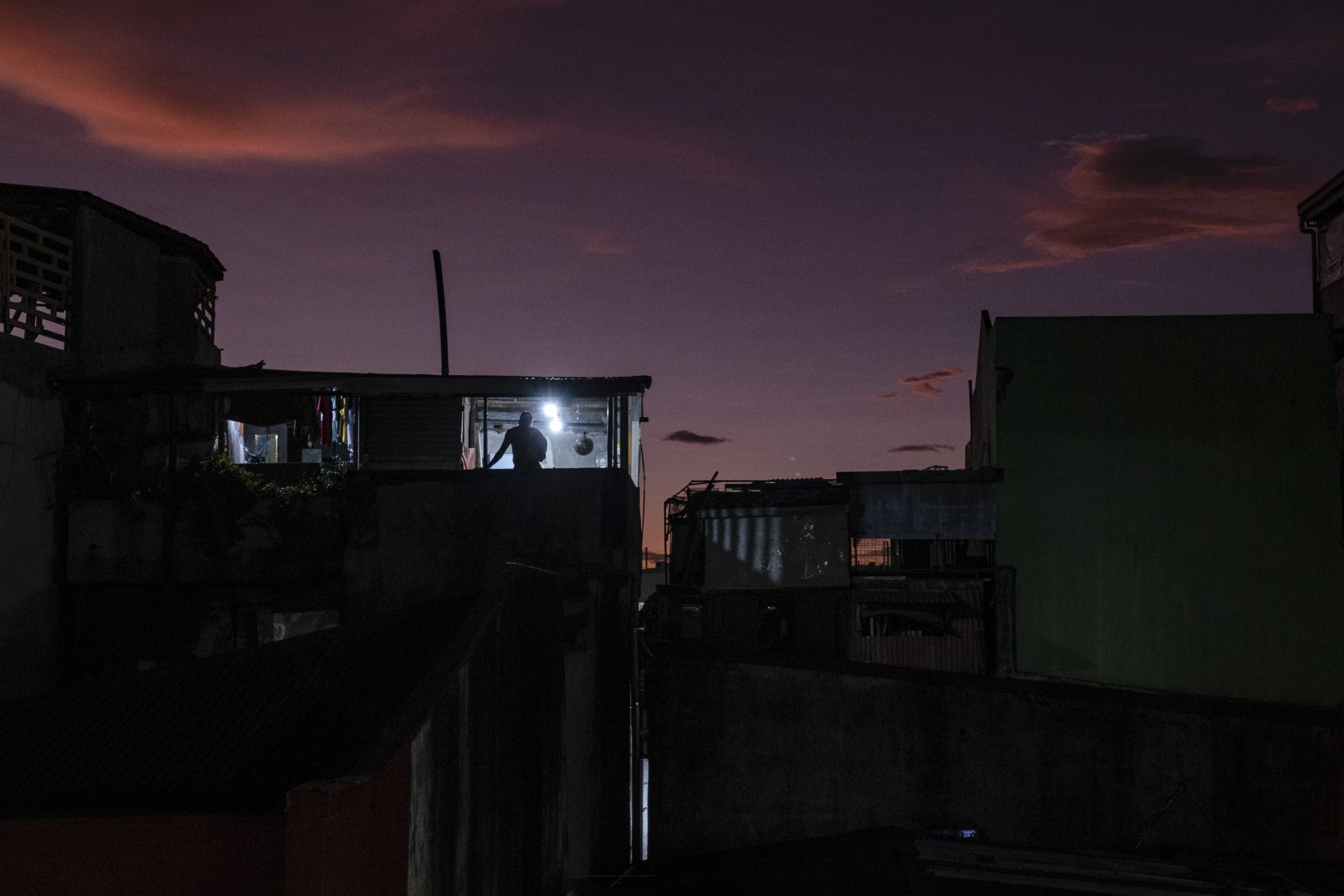 We chatted with Stephanie Frondoso who shares, "it was a rare occasion for the photography community to be exhibiting in the same location. When the fair migrated online, the members decided to come together and organize a physical show, believing that art is best appreciated when viewed in person. This idea evolved into Fotomoto."

Fotomoto’s first iteration would be a multi-site invitational series of exhibitions that focused on portraits. Each exhibition venue offered a different atmosphere and unique curatorial direction providing each of its 128 participating artists a platform to shine.

According to Frondoso, they opted to stage exhibitions in spaces that had been shut down during the pandemic, particularly select Makati bars, as a way to encourage people to return to those spaces.

Jason Quibilan, another one of the founding members, recounts:

The first Fotomoto 21 Invitational: Portraits exhibit was opened in Kondwi. The opening was well-received, with an estimated 200+ guests in attendance. Over 100 prints were exhibited in that initial venue, one of 11 in and around Poblacion. [Other venues] include Spirits Library, Agimat at Ugat Foraging Bar & Kitchen, Café Fleur, La Collina, Commune, Futur:st and Oto, plus Manila House in BGC, as well as Design Story and The Alley at Karrivin in Makati. All in all, more than 350 prints from over 100 local photographers were exhibited for 3 weeks. Simultaneously, art/n23 in Dumaguete opened a satellite exhibition entitled Chicken Hands as part of Fotomoto 21 Invitational: Portraits. In May 2022, the entire collection of 350+ prints moved to Orange Project in The Art District, in Bacolod City. It was the first time that all of the works were exhibited in one venue. More importantly, Orange Project and the Art District provided the necessary inspiration, space, and opportunity for artists' talks, workshops, and photography portfolio reviews. This allowed founding members, along with Negros-based photography practitioners, to work together and synergize towards the shared goal of promoting Filipino art photography. 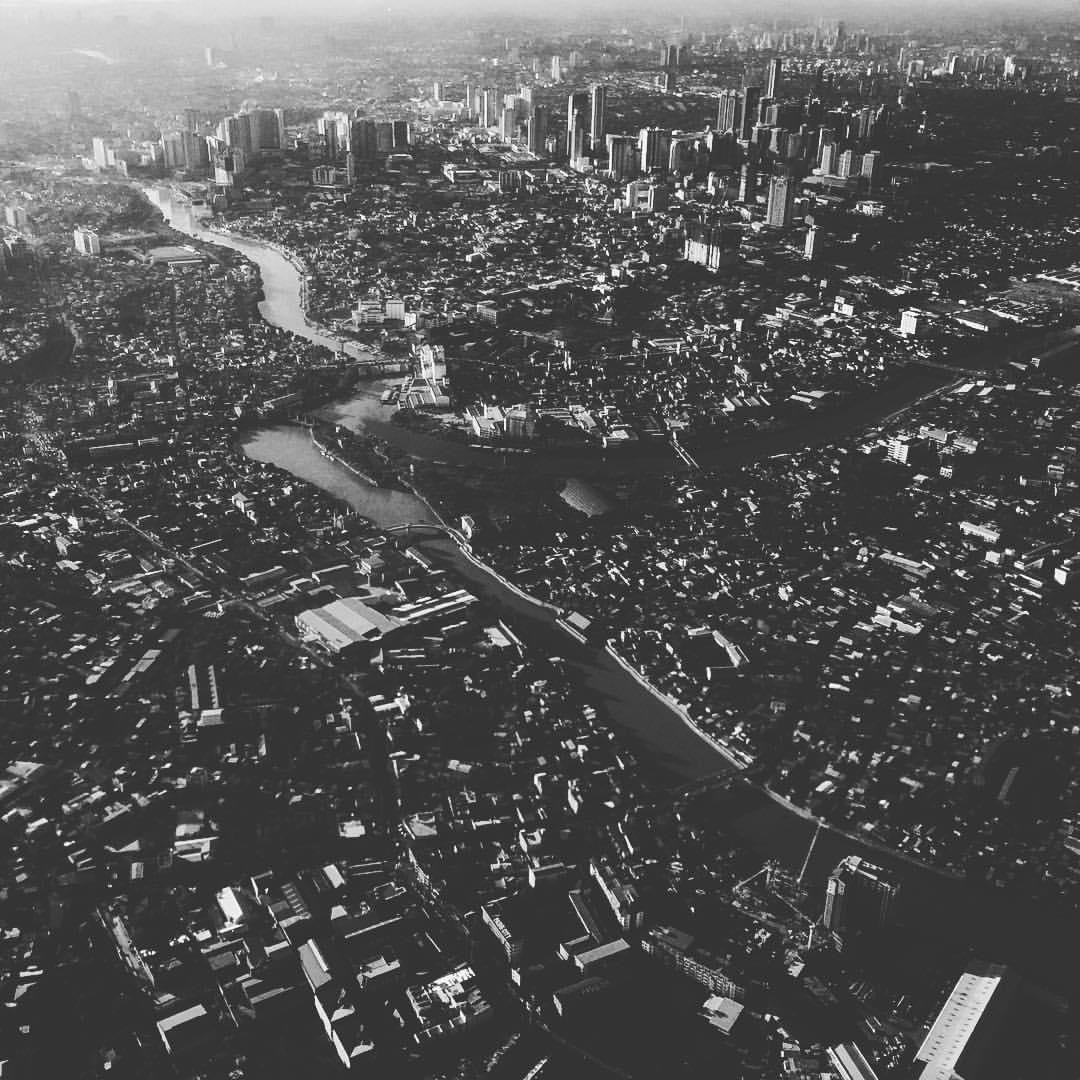 Fotomoto 21 had a total of 13 exhibitions, including the two regional shows. "From that experience, the founders decided to hold the festival every year, and continue to professionalize and find ways of improving the succeeding versions," Frondoso said.

With the second edition underway, we asked what takeaways they had from Fotomoto 21 that informed what directions to take going forward. “Personally, one major realization for me was the need to make the exhibits and the works as accessible to as many people as possible. That's one of the reasons we've decided to try and hold the exhibits in large, centralized spaces, instead of pockets of venues. We will continue to pursue that idea in future editions,” Quibilan answered.

“One insight is the importance of partnering with galleries so that the work of our photographers can reach wider audiences and be handled more professionally. This year we have partnered with 4 galleries: the UP CFA gallery, Modeka Art, Gallery Indigo at the BenCab Museum, and Orange Project in Bacolod,” Frondoso said.

Fotomoto 22 brings opportunities to learn and connect with a community apart from the opportunity for practitioners who don’t necessarily identify as photographers to present their work to the public. This year’s programming offers participants access to established peers and feedback on their practice — an opportunity typically  afforded to a limited number of people, often at photography workshops with invitational formats.

"One factor that drives Fotomoto to continue what it started was the reaction of the photography community. For many of the participants, it was the first time to see their work printed and exhibited. Some of them have never had portfolio reviews, workshops, and other opportunities to gather and share their work. Audiences are also eager to learn more about photography. The founders want to continue this conversation, develop visual literacy, and build relevant communities," says Frondoso. 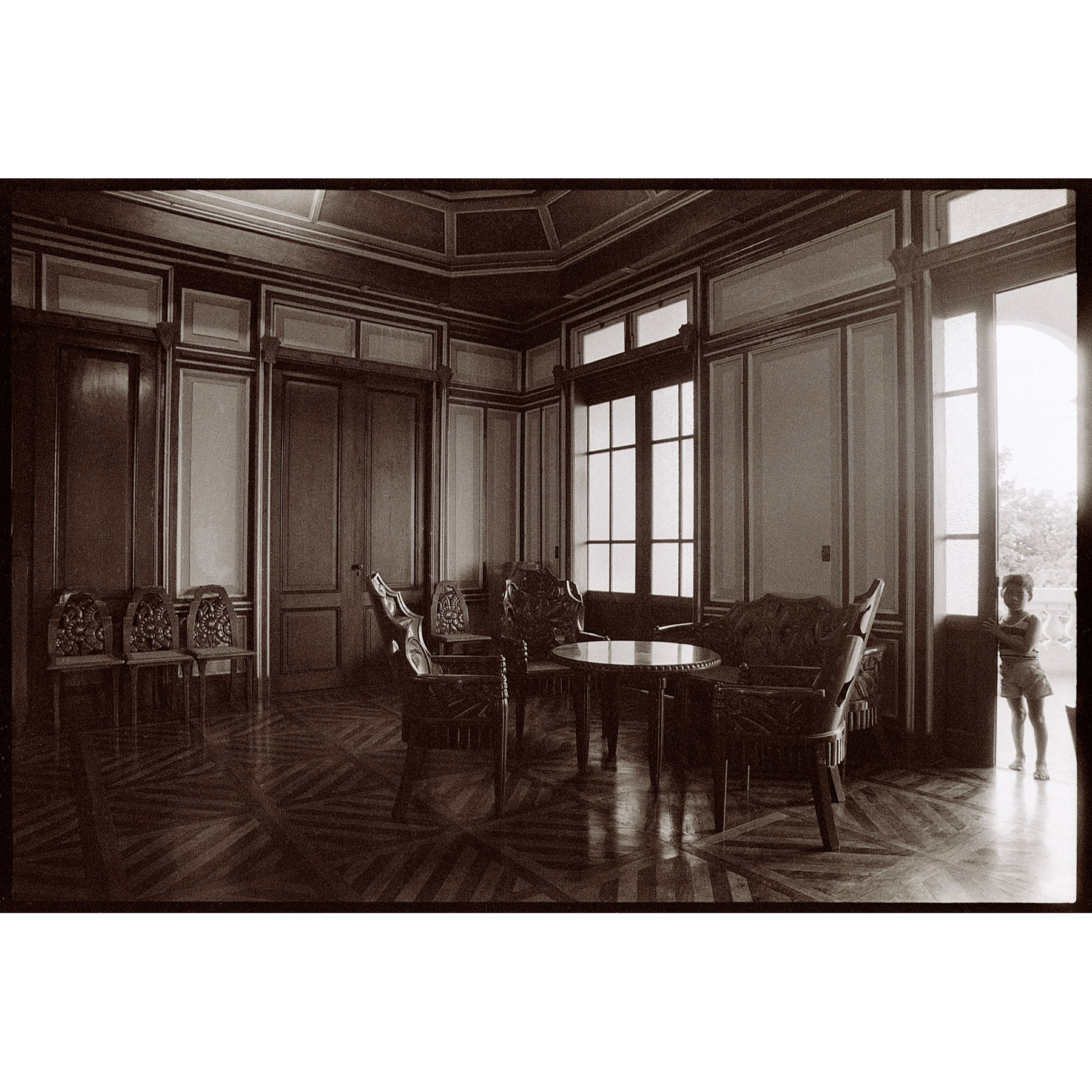 Early last month, Fotomoto announced an open call for its second edition. This time, with the hopes of granting more accessibility to photographers of different skill levels, they are accepting photos through blind submissions leveling out the opportunity for artists, professionals, and hobbyists to be part of Fotomoto 22.

“It's one way of ensuring that Fotomoto continues to grow as an inclusive effort,” says Quibilan. “Initially, Fotomoto21 was comprised of works sourced from our networks. Large as it was, it's not as inclusive as we hoped. The only way we can ensure that every Filipino photographer has a chance to be considered and exhibited is to make sure everyone has a chance to participate.”

This year, the panel will only see the image files and titles. Not knowing any other information, including the artist’s identity, the selection is solely based on the value of the image.

Having eased out of the rigidity of life in quarantine, the curatorial team has decided that “Home” would be a fitting theme for Fotomoto 22. “Quite simply, we felt it was a natural progression from the initial theme of Portraits. That is, from one's self/ other's portraits to that which you see immediately around you, about you, which is "home". Although "home" in the broadest sense of the word, is open to whatever interpretation one might have of it, which is another reason it appealed to us as a group: it was easy to relate to, and allowed for many perspectives, versions and ideas about it to be expressed as photographs,” Quibilan explained.

“Another insight from Fotomoto 21 is the importance of engaging with both photographers and audiences through talks and workshops. This year, we have decided to heavily beef up our programming,” says Frondoso. That said, Fotomoto 22 will have more in-person activities that are accessible to the public.

The program lineup features a variety of insights that will appeal to a broad audience: 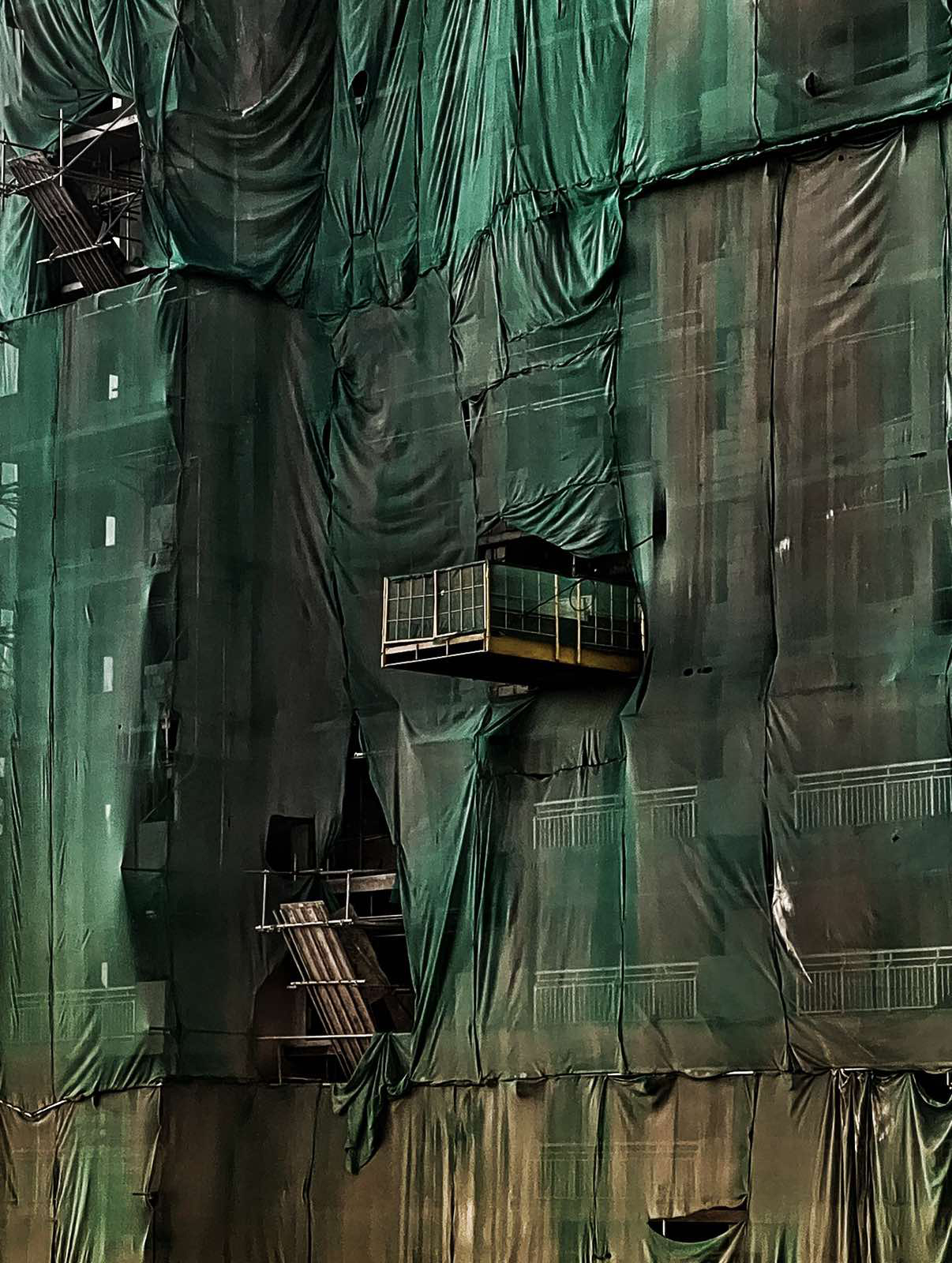 Fotomoto is running with the feedback it got from its first edition. It’s evident in the steps they’ve taken to ensure that project is accessible to both practitioners and non-photographers. One would hope to see this project grow more in terms of venues, perhaps to reach every major region of the country in its succeeding editions. 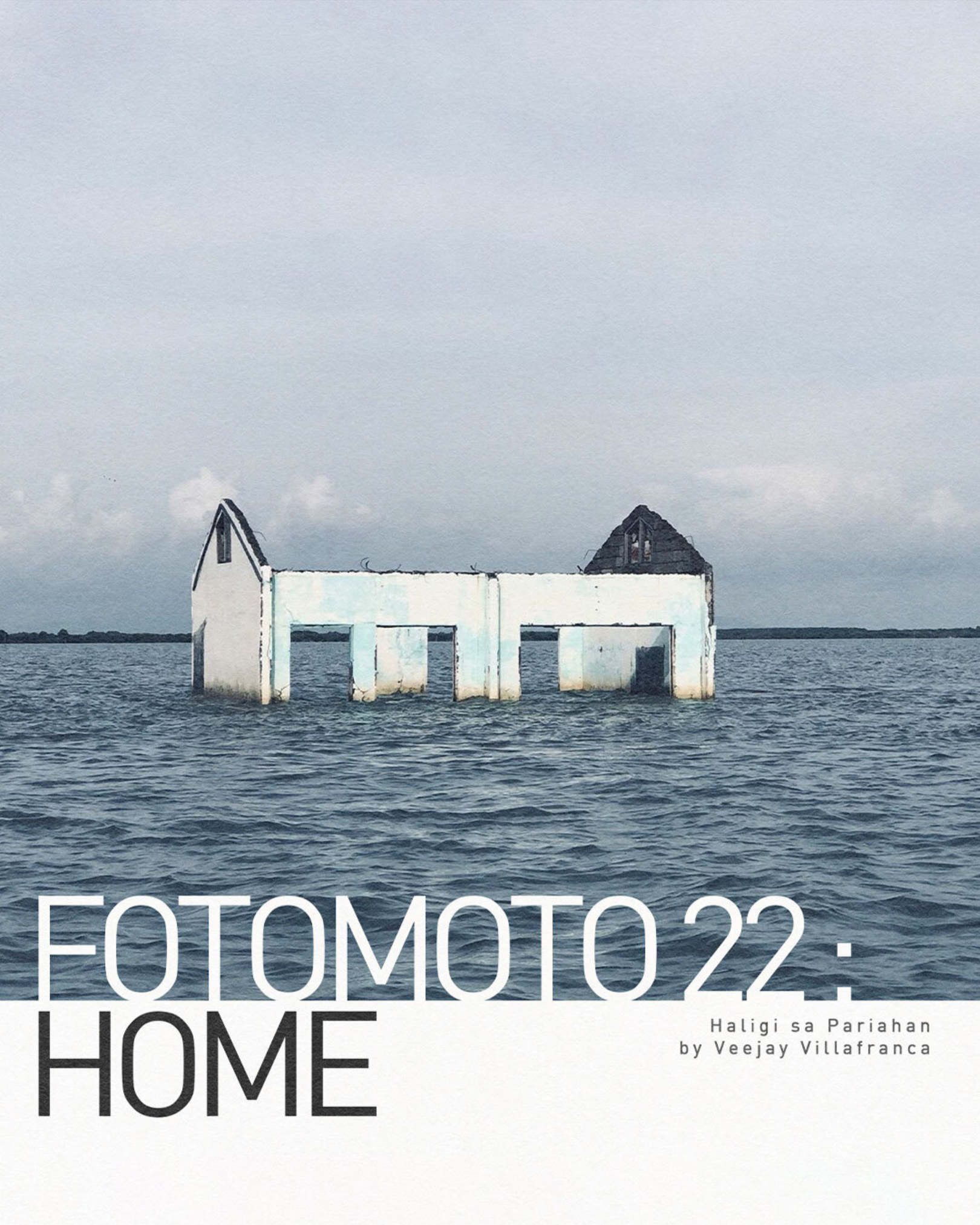 Fotomoto 22 will mount exhibitions at the UP College of Fine Arts Gallery in Manila, the BenCab Museum in Benguet, and Orange Project in Bacolod from November 2022 until June 2023.

Authors note: Some quotes have been edited for clarity and brevity. Images courtesy of Fotomoto.

Marz Aglipay is an independent art writer and stamp artist.