On seeing Lino Brocka’s Bona (1980) for the first time, most contemporary viewers would probably remark on some similarities with Antoinette Jadaone’s Fan Girl (2020), which won most of the major awards, including Best Picture in the 46th Metro Manila Film Festival Gabi ng Parangal. Both films feature an impressionable, obsessed young female fan who embodies idol worship culture. Though Bona is filmed four decades earlier, the theme conveyed in the film still profoundly holds as it unabashedly examines not just female subservience in patriarchal Filipino society but cleverly unravels the alienation and violence that would inevitably result in a society where repression is the dominant mode. In this context, the ongoing relevance of Brocka’s Bona cannot be overlooked, as the work itself tends to recreate narratives of institutionalized subjugation, albeit in the form of sociopolitical allegory.  This is quite interesting to note, as the film was created and released in 1980 when the Philippines was very much embroiled in the authoritarian government of the Marcos dictatorial regime where society was replete with coercive and repressive forces.

The film opens with a scene familiar to most Filipinos—that of a mass of devotees, often barefoot, converging in the navels of downtown Manila to celebrate the annual Translacion where the Black Nazarene (Poón) is being pulled in a procession (This opening scene shot on location in Quiapo interestingly shares some parallel link with the climactic scene of Brocka’s award-winning Himala, filmed two years after Bona ). Brocka then cuts abruptly to a shot of Nora Aunor’s face, happily beaming on the sideline, effectively implying parallelism between religious and celebrity devotion. From the first few seconds of the film, the pervading sense of adulation is felt, which will then permeate the next sequences as the film introduces the object of Bona’s obsession, Gardo Villa (Phillip Salvador). 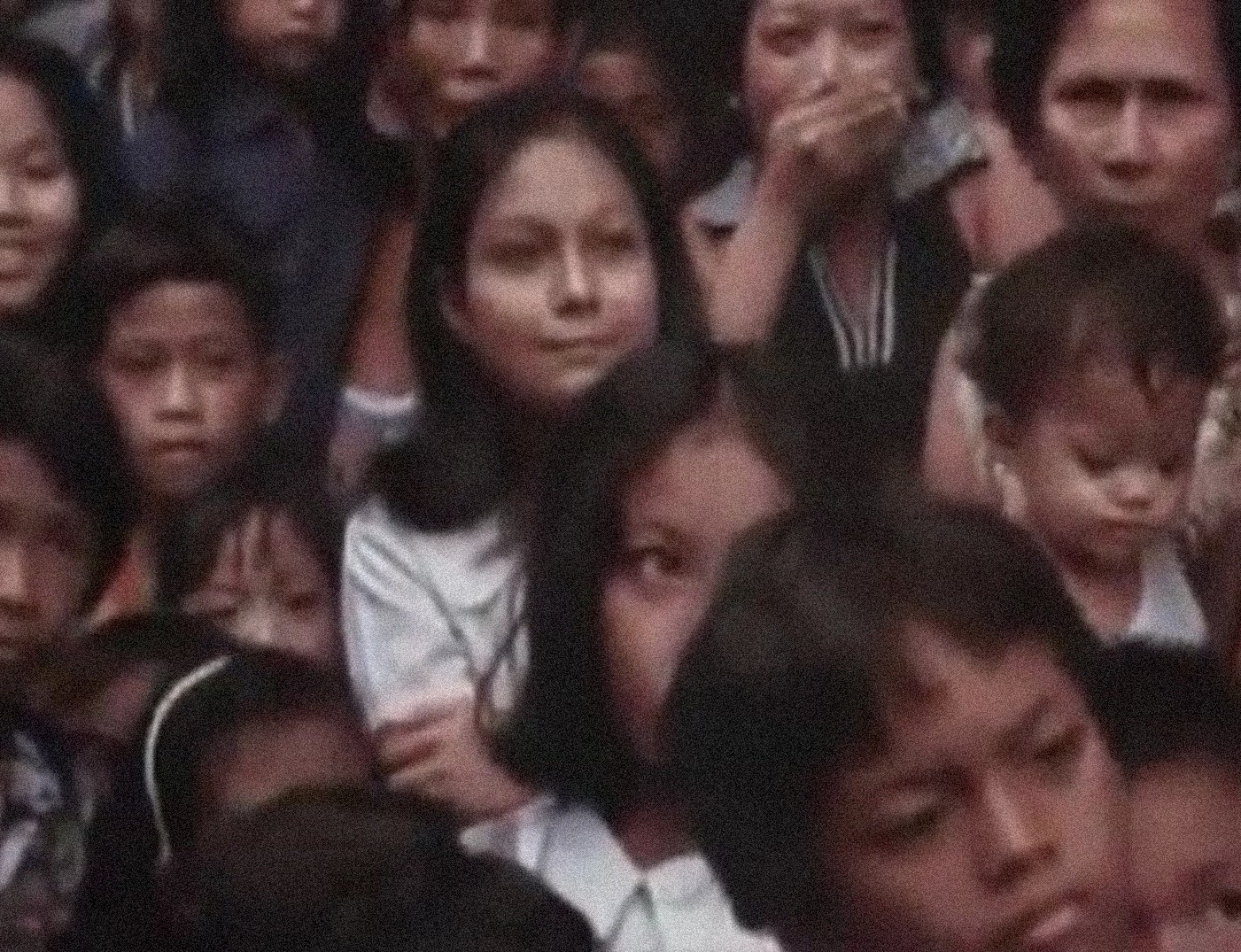 Film still: Bona waiting to see a glimpse of the Black Nazarene.
Delete

Gardo, despite being a mere extra often underpaid — or, worse, unpaid — has quite a number of fans tagging along, screaming and cheering him on every time he has a movie shoot or basketball game. On some occasions, he would chit-chat with his fans as though they were his friends. Gardo’s love for attention disguised as being approachable invites more fans to be in active pursuit of encountering him in person, particularly Bona, who doesn’t mind skipping school or neglecting house chores just to be with her idol.

Water is the central motif of the film. Bona’s first significant encounter with Gardo happens during a downpour of rain where they shared an umbrella together.  As the film unfolds, we get to know that Gardo is a Don Juan in the flesh, sleeping with any woman whenever the opportunity presents itself. Though aware of this, Bona still follows Gardo blindly and even offers herself to be exploited as his personal assistant or alalay. She renounces the comforts of middle-class life with her parents to live with Gardo under one roof, in a shanty with no proper interior plumbing. She prepares Gardo’s food. She scavenges for scraps and empty bottles in exchange for money, and in her desire to please Gardo, she patiently falls in line every day in the communal tap just to collect water for Gardo’s bath. 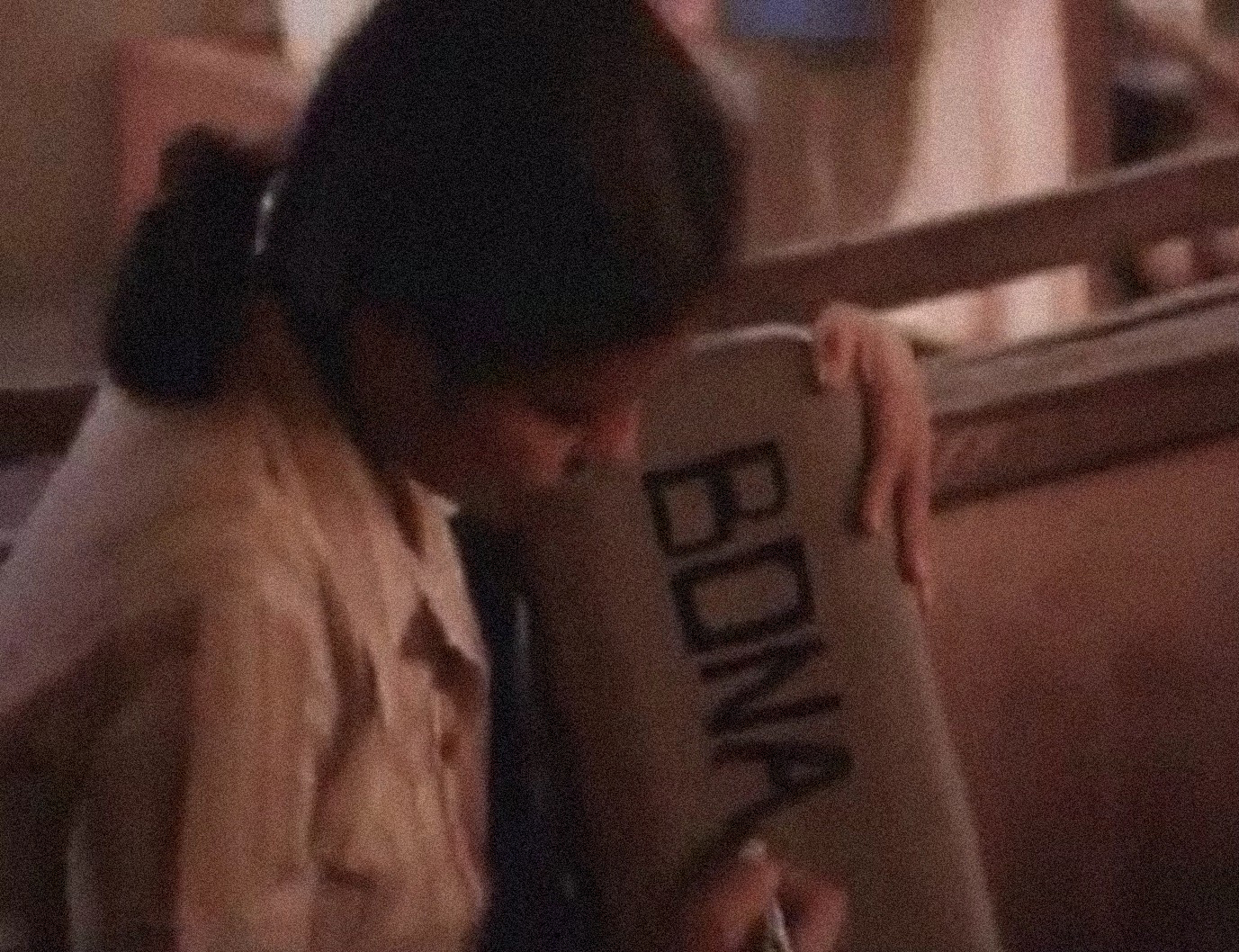 Her daily ritual of collecting and boiling water for Gardo reconfigures her role from an obsessed fan to a maternal figure, acting as a substitute for Gardo’s deceased mother. In one scene, a drunk Gardo mistakes Bona for his mother as he murmurs pleas for permission to go out with his friends. The scenes where Bona delicately scrubs and soaps Gardo’s body are also almost akin to a mother gently bathing her child, relaying an idea that perhaps Gardo is just a child trapped in an adult’s body and his womanizing ways manifestations of his yearning to recreate his relationship with his mother. It seems ever more peculiar that a man of such bravado as Gardo would never take a cold bath. His fondness of taking hot baths may carry connotations and memories of his childhood when his mother was still alive. The water thus serves as a metaphor for maternal care that, when eventually secured from Katrina (Marissa Delgado), a wealthy young widow whose offerings greatly outweigh Bona’s, Gardo changes gear instantly, casually telling Bona of his plans to migrate and sell the house. This, in turn, causes the latter to lose self-control and hurl scalding water at the selfish and opportunistic Gardo. 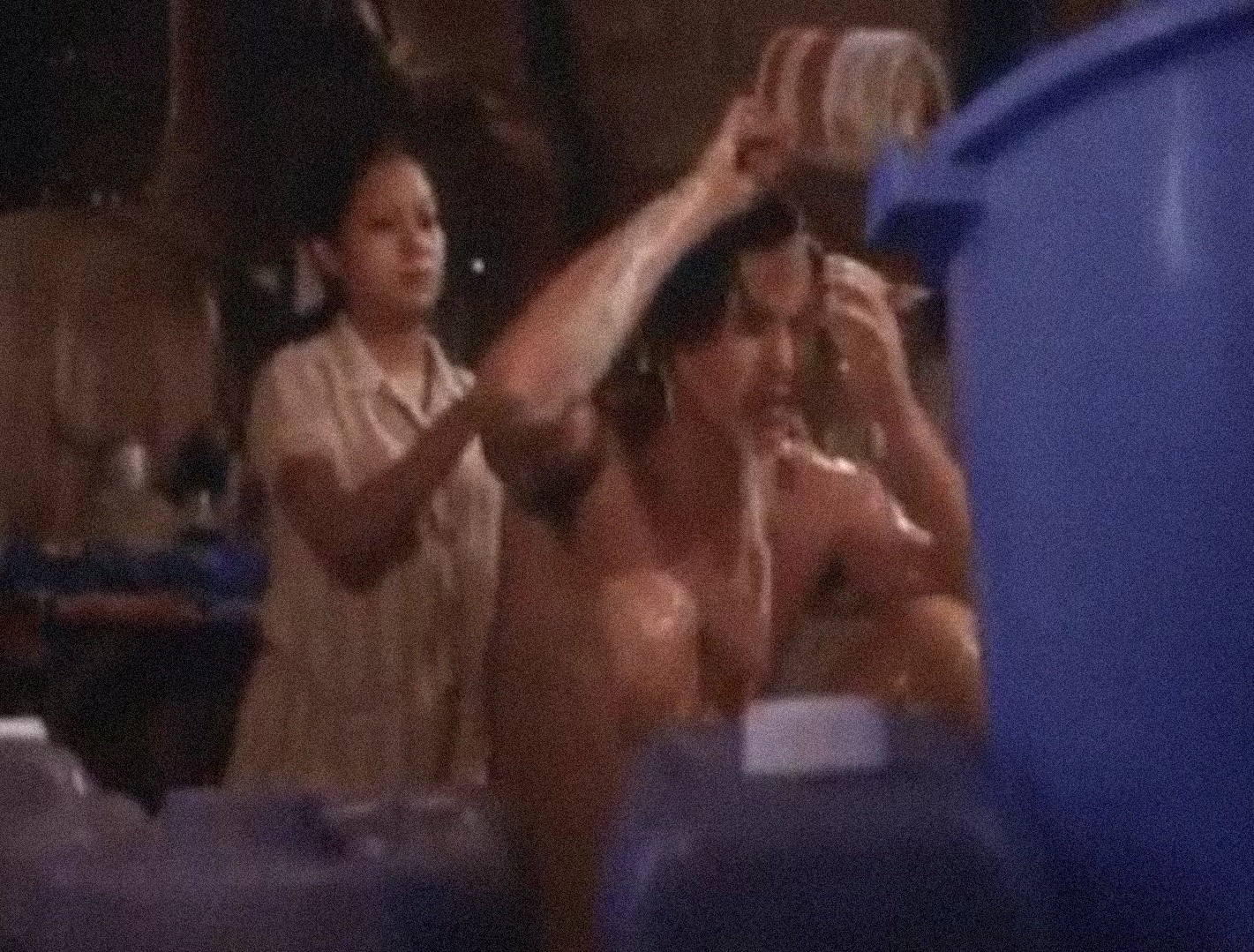 By the end of the film, Bona is not a self-effacing martyr fan anymore. She has learned to outgrow being a pushover and inevitably resorts to doing something directly the opposite of what her name means (Bona is an Italian name, meaning “good”). The film is open-ended, but there is a high probability that Gardo suffered intense pain and died drenched in scalding water from Bona’s hands. Brocka punctuates Bona’s struggle in her act of revenge, and even then narrow and limited, as it only offers temporary release from her self-imposed servility. Though Bona eventually came to her senses and gained her agency, her actions were still dictated by the patriarchal structures around her. She wouldn’t have had realized how wrong her choices were had her brother (Spanky Manikan) not disowned her during their father’s wake. She wouldn’t even have realized that she was being severely taken advantage of had her revered idol Gardo not casually kicked her out of the shanty when she had just been disowned by her family and had nowhere else to go.

Nora Aunor’s portrayal of Bona left an imprint because her character reminds us of the systematic nature of women’s subordination deeply embedded in a patriarchal society such as ours. Women from the time they were born were generally taught to anchor their survival and identity on men. They will only assert their power and mobilize their resources to survive once the patriarchal figures they’ve relied on fail or refuse to bequeath such resources. The male-supported female chastity norm was also demonstrated by Bona’s father (Venchito Galvez), who almost had beaten her to death upon knowing she spent the night away from home. Another instance was when Bona’s father discovered her living under one roof with Gardo and readily stormed into Gardo’s room, forcing the latter to a shotgun marriage to save his daughter’s face. Both instances show that women in those times were treated as nothing more than commodities, and their “purity” their utmost selling value.

Brocka’s affinity with and concentration in representing the marginalized in Bona and in many of his films reflects his stance in film as a medium of social change. This radical notion of the film embraced by Brocka and his sympathies with the proletariat seem in concert with Marxist ideology where there is a proactive effort to show collective reality while carving a simultaneous attempt to provide ways to improve such realities. Bona as a film traces how the so-called “opium” of the masses interchanges from religion to celebrities. The mediated celebrity that people consume becomes just another one of the countless instruments of the oppressive bourgeoisie system to keep the proletariats entertained and unquestioning. Celebrities, through aiding in the development of alienation and distraction, unknowingly facilitate the perpetuation of the capitalist system, which is at the heart of Brocka’s critique.

Though the film Bona was shown locally and even exhibited at the prestigious Directors’ Fortnight of the 1981 Cannes International Film Festival, it first had to pass through heavy censorship from the Marcos government because of its unsavory portrayal of Filipino society where images of poverty and the damaged condition of slum life abounded in almost all the scenes. The pronounced portrayal of raw reality as characterized by location shooting in Quiapo, the use of the day-to-day reality of ordinary people and workers, the use of nonprofessional actors (which, in this case, are the people as themselves), and the use of documentary visual style, among others, point to the influence of Italian neo-realist cinema in Lino Brocka’s Bona. Adopting the neorealist tradition in cinema seems to be the prevailing trend, especially in periods of flux or national crisis. In Brocka’s context, it was the imposition of martial law.

In the present time, where Philippine society is plagued with a plethora of social and political ills, like covid, leadership incompetence, and enormous budget embezzlement committed by corrupt government officials, it is not surprising to encounter a film analogous with the theme and structure of Bona. In fact, we should expect films that are more representative of the Philippines’ current social and cultural realities. If we really endeavor to become a little more intentional in our resolve to break away from exploitation and class divide, we should recognize our own insanity and our own dysfunction in watching movies that make us all the more a pawn in a capitalist’s chess game.