When Pat Frades Found Her Quarry

Pat Frades had long been in the company of artists. Inspiration became a matter of where she looked. In FEU Manila, where she took marketing, there was no shortage of students applying their hands. They would often sketch their breaks away – or any downtime they had, for that matter – in the public pavilion and the school libraries, their illustrations on view for any passerby to see. Pat’s routine started similarly, though a bit later, and more intently in the wee hours of the morning before work in sales. Right around the time she would have been regularized, the impulse for art as a career took Pat completely, at the same time a job opening for an assistant came to her attention at Nova Gallery.

She got in, learned the ropes, and hadn’t made a hard sell since. Pat made the choice of working closely with young emerging artists, and the necessity of the job would have her at times don a curator’s hat. Self-taught and determined, Pat helped develop these artists’ profiles and slotted them in open-theme group exhibitions for space to experiment and play, all while she had been joining group shows herself. But with each workday at Nova Gallery and after it, doing the legwork over the course of five years, the question of how Pat Frades would want to continue became more pressing to ignore. Her ambitions to create art, spurred on by the talents she surrounded herself with, took further hold. It carried over as she began work for Whitewalls. “Being an artist and working in a gallery has its struggles, specifically with time,” Pat shares, “I had to push myself to make a decision to be an artist full-time – and with the time given – I got the chance to explore and embrace this new path.” 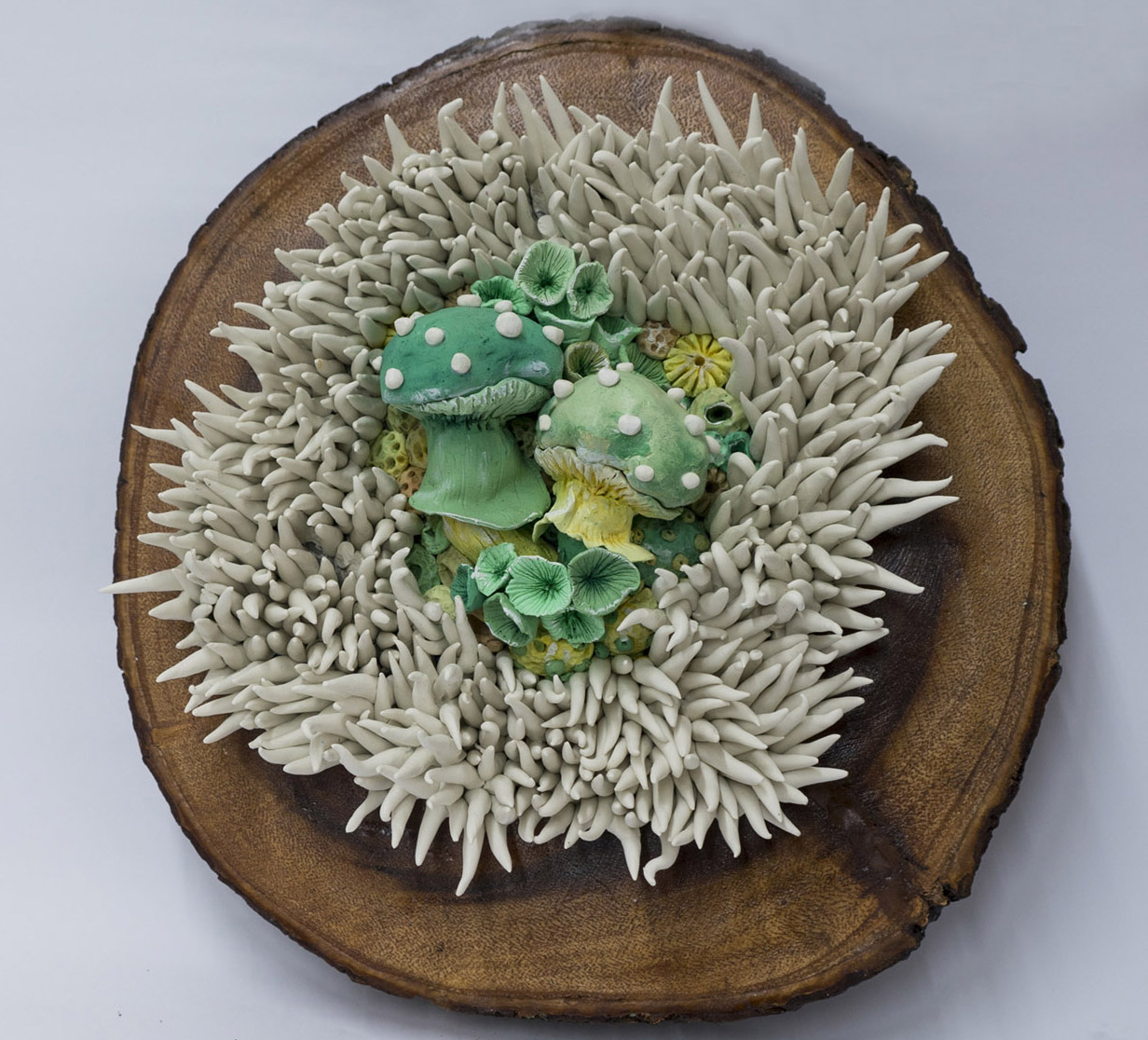 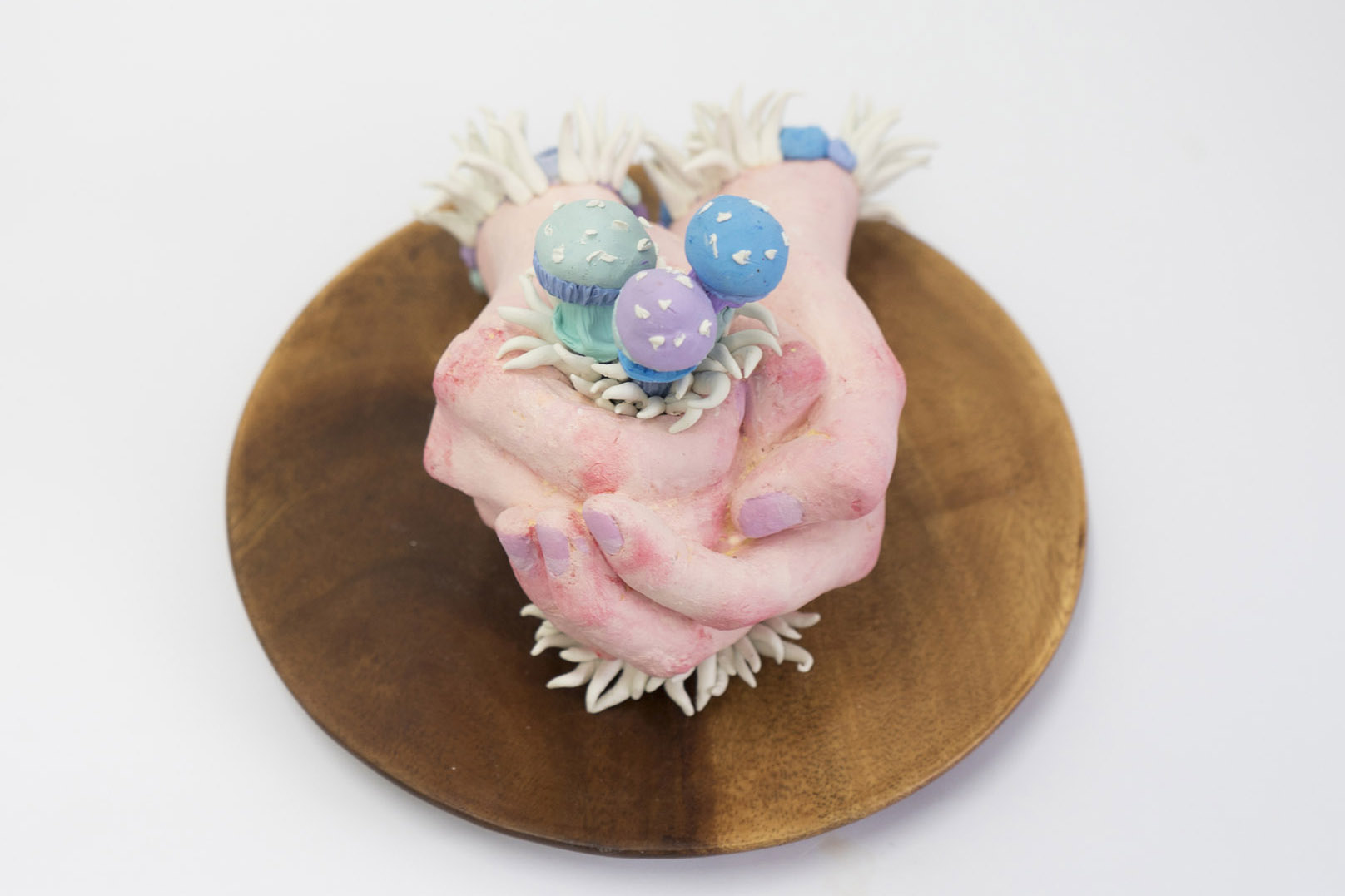 That new path made inroads riotously, in striking colorways and in the unlikeliest combinations, with her first solo show last July 2020, Growth, at Vinyl on Vinyl. Appropriate to the name, the works featured were a suite of personal mementos in the form of lifelike hands and feet, casted after the limbs of family members and friends. They were homages with their own secret codes, embedded in the mushroom patches that grew wildly out of the clay pores. It was new, and the image striking: growth as spontaneous or overlooked, unbridled and rising from within and present only when enough to cause visual alarm, the divide between person and world, as indicated by the failed defenses of skin, or of them breathing together. Put another way, things appear more out of joint the more you join them together, and it doesn’t have to result in feeling queasy at one’s armchair, that high-brow discomfiture.

Pat: “With this medium [polymerclay and casting], I had a chance to make works that were more surrealistic. It’s the idea of us humans being part of this beautiful nature; most of the time, we forget how to nurture and preserve it.” These familiar motifs bring the same viewing pleasures in her ongoing stay with us for There’s a tiny hole in the fabric of space, and then some. Pat’s not looking to settle into one style or way just yet. Introduced here, too, are Pat’s foray into printmaking. “I got inspired by some artists who make linocut prints. I’ll be making more of this series, too.”

“It’s a first for me,” Pat shares. Thankfully, that never stopped her before. 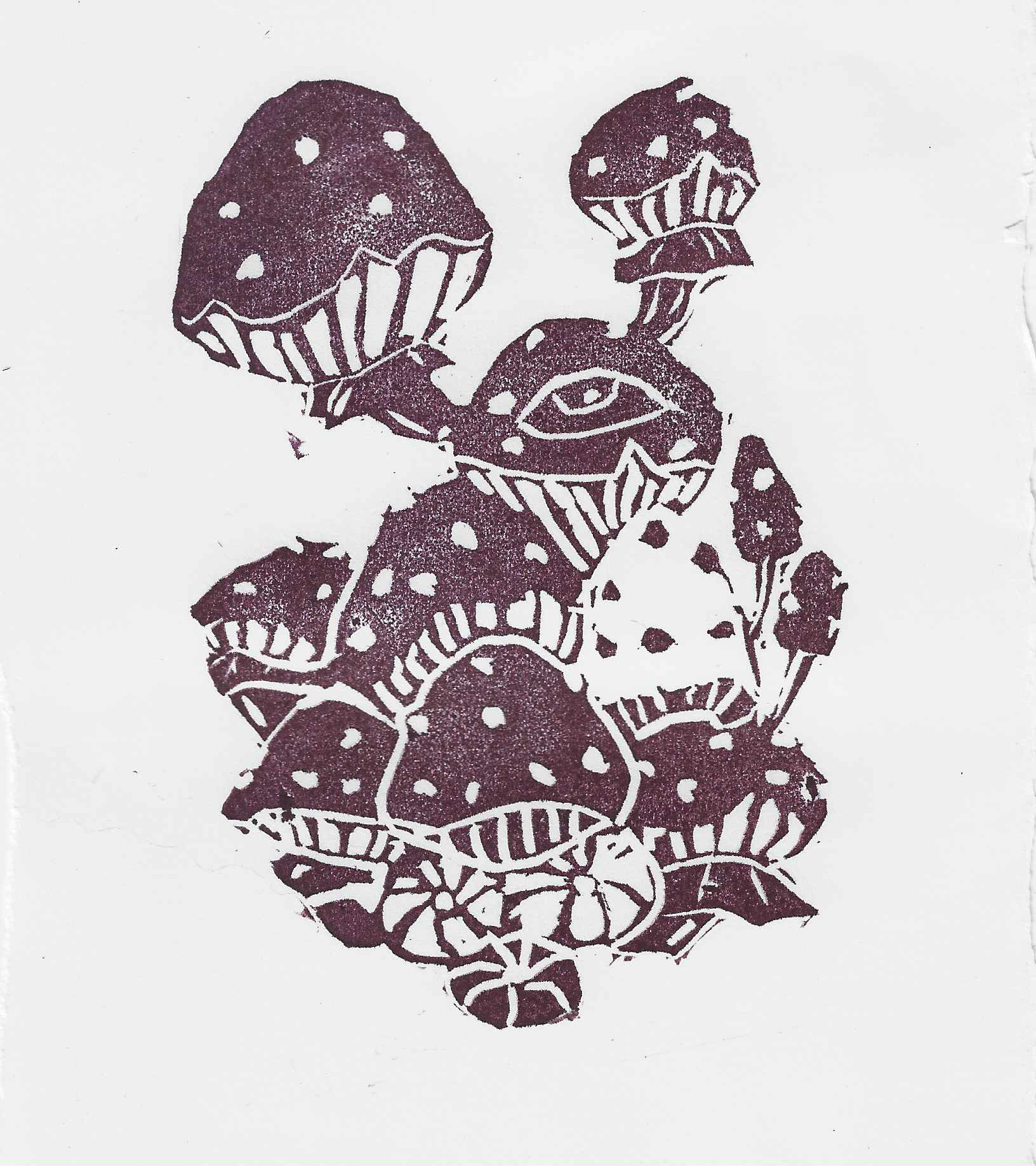 Pat Frades’s There’s a tiny hole in the fabric of space continues until April 2. She did a casual interview with Co. Labo a couple months back, where details about her journey come narrated with whole-hearted laughs.