Things Can’t Get Any More Metal Than Jed Escueta

It’s several months ago, back to the first iteration of community quarantine for Manila. Gallery doors plopped like dominoes, while some fortunate others pivoted to—and let’s be honest here—bland 3-D renderings of interior spaces.

Amid this underwhelming development emerged Modeka, in a surprising turn, with a launch of an innovative online exhibition curated by none other than Lena Cobangbang. Artworks came as pop-up windows against a fuzzy black backdrop, in a haunting sentiment of the world failing us, of the Internet denuded. This is where we discovered the elusive art of Jed Escueta. His series, Periods of Re-entry, flashed our eyes as a flurry of light; suspended though in transit, the information, the colors, they all came too fast to apprehend.

The works are part of a new series titled “Down Photos.” these particular photographs have not been exhibited yet and will be part of an upcoming exhibition in early 2021. They’re made using a mold from Halloween gummies filled with glitter slime and exposed on photo-sensitive paper inside a darkroom, by means of installing the object inside the negative holder. They are essentially a kind of photogram, although the object itself has some distance from the paper as opposed to lying directly on top. 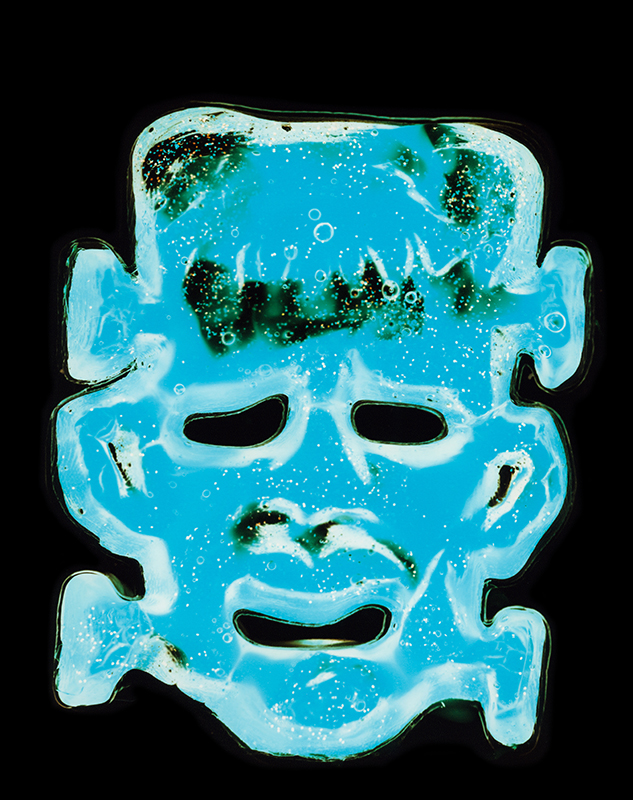 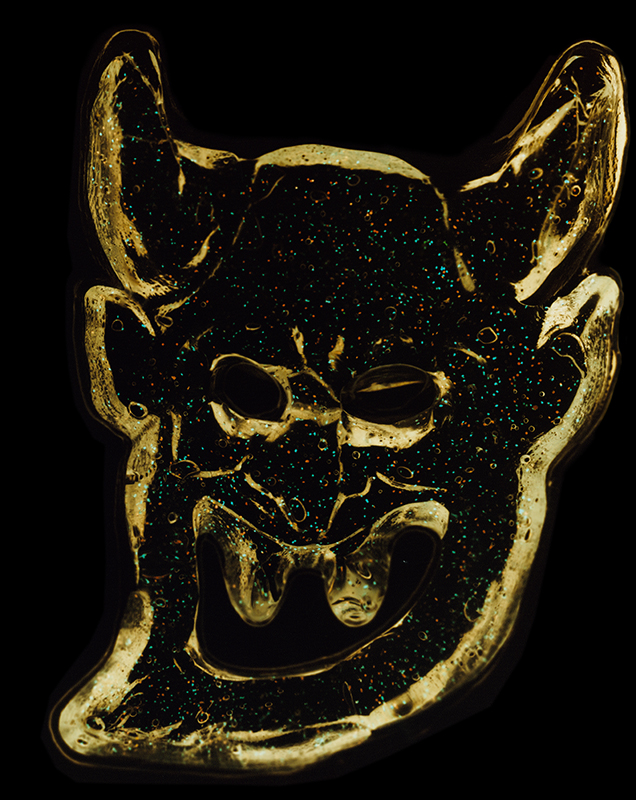 What music did you have growing up?

I started to get interested in music in the early to mid 90’s. First mainstream bands like Nirvana and Smashing Pumpkins, then i got exposed to a more sub-genre oriented world of ska and punk. Sublime was the band I would say that I grew up the most with, which led  me to more classical punk bands like The Clash, The Germs, Misfits and The Ramones, among others.

What work of art last caught your eye?

I am constantly inspired by random artworks, although I have an inclination to photography. Most recent body of work that caught my eye is a new watercolor series by Lena Cobangbang. It was very similar to what Im working with at the moment and so it resonated very well with me.

Can you let us in on a current or upcoming project that excites you?

I am currently working on an upcoming solo exhibition scheduled on the second week of January 2021. This particular show was supposed to open earlier this year around June, but since all the difficulties of the lockdown it has been postponed. As with my previous exhibitions it is photography inspired.

We’re playing charades. What is the hardest thing you could have someone guess?

The last time I played charades was about eight years ago, and before that probably more than a decade. Im game to try to portray whatever it is in a non-verbal manner, although most likely i will fail. I suppose I maybe the best to convey in charades what it is to be a “certified failure” :).

What do you think deserves more attention?

Simplicity and the re-connection to nature

What would be your last meal?