Since its inception in 2012, Ho Tzu Nyen’s Critical Dictionary of South-East Asia has indexed over thousands of hours of audiovisual material, the kind that history books tend to leave out. Staid regional myths shuffle with pop-culture references, while retellings of folk lore are narrated over wildlife documentaries. In chaotic flux, these historical and cultural artifacts, stripped of their original meanings, are made and remade anew into incisive discursive tools on Southeast Asian history and identity.

Through the collaborative efforts of Ho with Berlin-based programmers, Jan Gerber and Sebastian Lütgert (0x2620), the Critical Dictionary (or cdosea for short) has been available virtually online since 2016; strewn alongside Ho’s collated materials, texts, and notes are the vocal performances of Bani Haykal and musical samples by Vasuhiro Morinaga.

Highly regarded as Ho’s magnum opus, this sprawling archive emerged from the prompt, “What constitutes the unity of southeast asia – a region never unified by language, religion or political power?”

It’s a loaded question; the type that can have even the most assiduous scholar’s knees quiver and shake. Ho proceeds with the prompt aesthetically, presenting a visual, sonic agglomeration whose composition constantly changes.

Because, apart from the fact that the project is still ongoing and that there’s likely more material to be added, the database works with an algorithm that endlessly extracts, edits, and combines the materials in new, different permutations. It’s unlikely that one person would see the same set of materials presented the same way twice.

While chance features heavily in the experience of the work, the dictionary isn’t arbitrarily made. Everything featured was something considered. As the dictionary proceeds through the Latin alphabet, each letter covers a certain motif, biography, or concept. Each ‘entry’ is not isolated or self-sufficient, however, and some material and texts tend to repeat (or rather reprise) in other entries. Instead of each letter constituting a predetermined set, we find an infinite array of options.

See for yourself. Click here to watch. Believe us, it’s a trip.

Still from “w for weretiger.”Critical Dictionary of South-East Asia. Courtesy the artist.
EditDelete

Still from “w for weretiger.”Critical Dictionary of South-East Asia. Courtesy the artist.
EditDelete 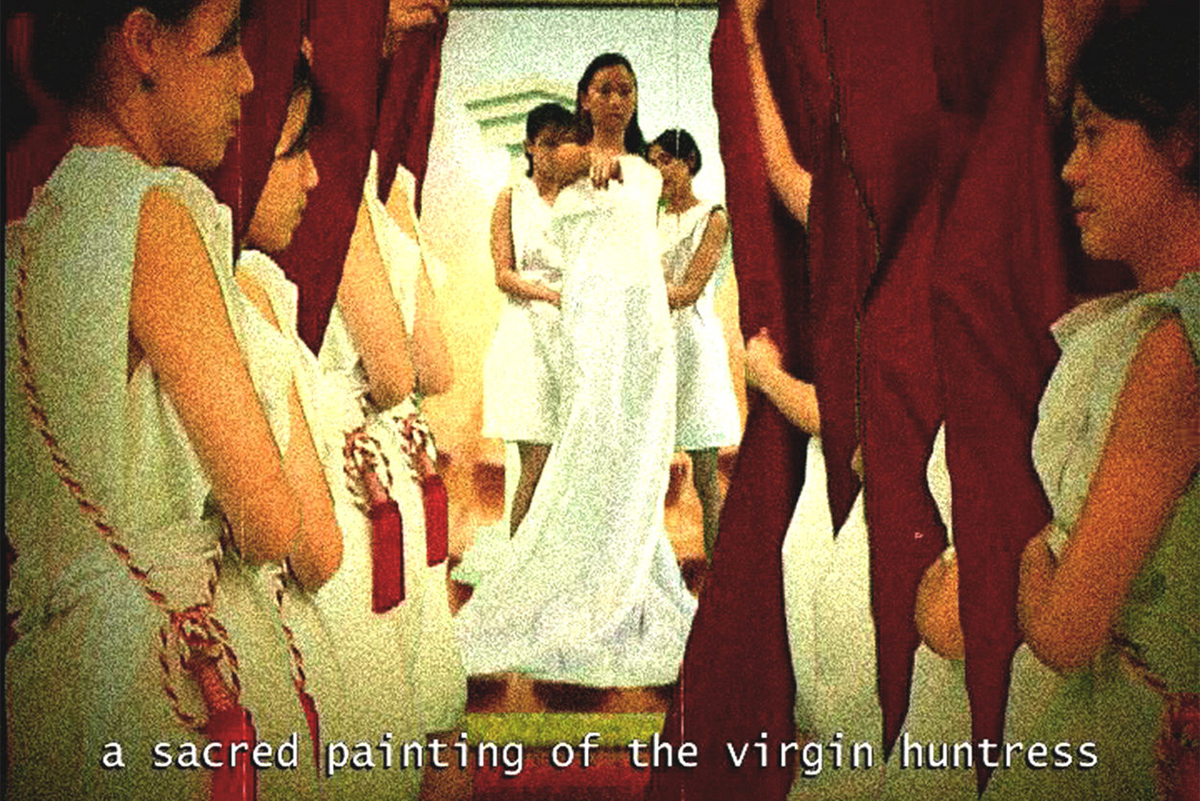 Still from UTAMA - EVERY NAME IN HISTORY IS I. Installation with single channel SD video, 23 min, and 20 paintings. 2003. Courtesy Edouard Malinge gallery.
Delete