SuperFlat: How Takashi Murakami Set The Stage For Post-War Japan

There’s a sharp irony in the 2018 Hypebeast short film, “Is This the Dream?” Beginning with a foreboding rumble, we first see Takashi Murakami gazing in the camera’s direction. As it shifts to the artist’s perspective, revealed are the white walls of his production house, Kaikai Kiki Co., Ltd., its assembly of devoted workers, and the then-latest line of Superflat art, to be launched for Galerie Perrotin and Uniqlo that year.

We’re left to guess the time when Murakami goes to sleep on a sheet of cardboard. The next we see him, he’s shaking hands at the Galerie Perrotin vernissage. Momentary frames of other acclaimed artists, a banquet, and a live band, complete the look of the social function. Afterward, the scene cuts to Murakami in a Uniqlo backroom, sluggishly donning a Doraemon-inspired outfit. As the celebrity makes his appearance and sits down for product signing, he waves at the crowd peering from outside the storefront. And just as the dream sequence becomes too overbearing, Murakami wakes, presumably, to get back to work. In the video description below, Hypebeast includes a quote: “I fear that people will get bored of me,” Murakami says. 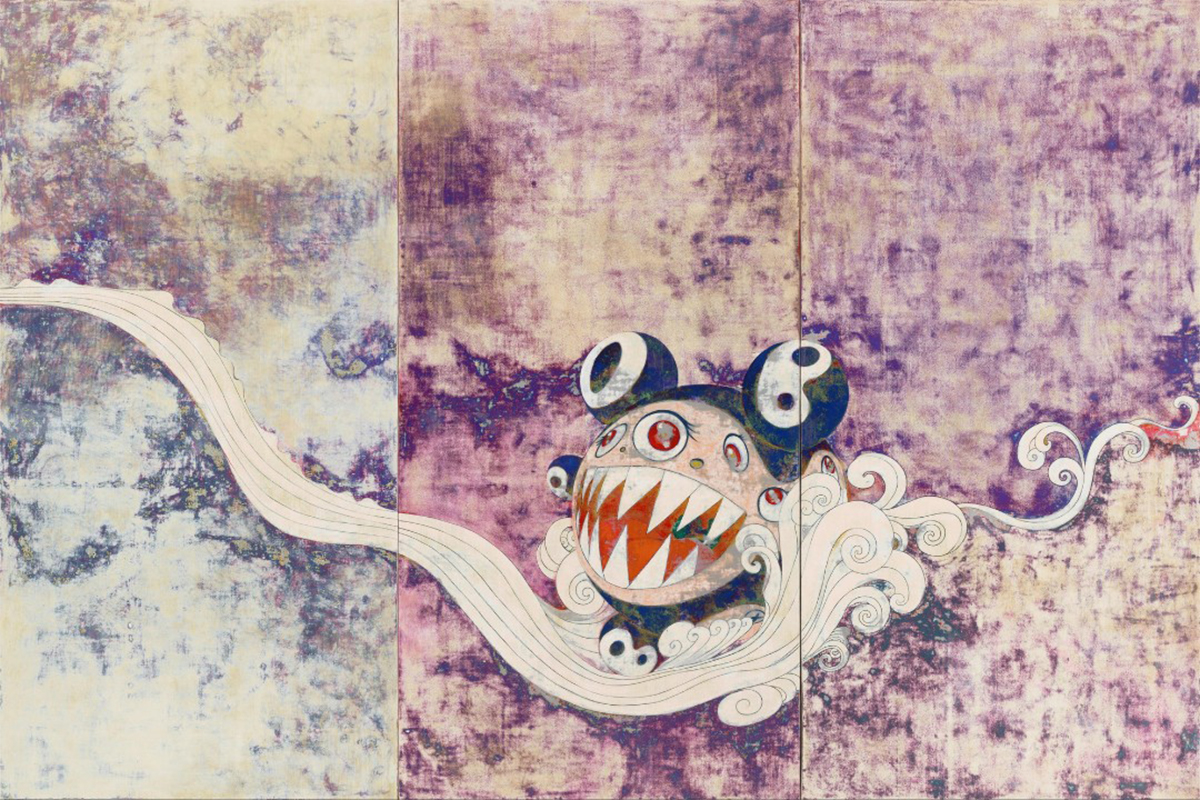 Murakami built a career on confounding expectations. A humble worker at most, a vigorous overseer at least, a celebrity throughout—there’s something to be said in the film’s treatment of the diverse roles Murakami tirelessly takes on. A portrayal of him as a craftsman in an atelier would be to his discredit. What the film makes clear is the scant differences between life and fantasy, as well as producer and product, for this cultural giant and polymath. Less clear is how thoroughly externalized this ostensibly ‘inside look’ is, and how the film’s irony acts more as an admission of the spectator’s loss of words. Invoked is a sense of emptiness similar to that of the artist’s pop icon and frequent self-portrait, Mr. DOB (created in 1993, derived from dobozite, meaning, “why?”)

Superflat trades depth for color and shapes on a leveled plane, creating a composition that “[keeps] the eyeball moving,” as Murakami explained. Embedded in this aesthetic is its social commentary: how the depthlessness conflated high and low, appalling many a Western scholar in its synthesis of contemporary art and pop culture. In fact, the hierarchy between art and commerce never existed in Japan until the 1900s.

When Murakami first coined the term in 2001, it was to draw a connective line between the principles and two-dimensional aesthetics of Ukiyo-e block prints of the Edo period and the prevalent manga and art style, kawaii, that flourished in the 1970s (Murakami’s childhood). Dissatisfied at the time with the aesthetic and industrial aspects of his local contemporary art scene, Murakami sought to find a unique style that was distinctly Japanese. 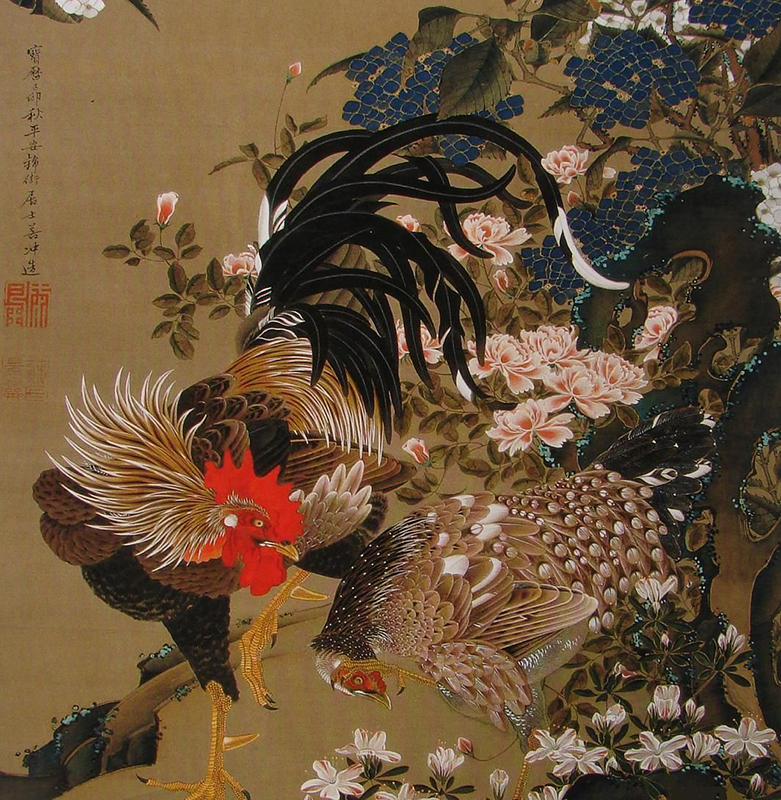 As Murakami energized his Superflat theory in his earlier exhibits, the movement coincided with his country’s nascent cultural undertaking, eventually called Cool Japan, which sought to export the country’s best local colors for the new millennium. You don’t need much history here. This was around the time when Dragon Ball Z and Sailor Moon occupied Saturday morning prime time. When the wonders of sushi entered our collective consciousness by ardent word-of-mouth. Tapping into the culture industry was essential for Japan, as the nation was still reeling over the ’90s recession in their otherwise miracle economy.

Meanwhile, launched in New York, 2005, was Little Boy: The Arts of Japan’s Exploding Subculture, last of the Superflat Trilogy. The companion catalogue doubled as Murakami’s theoretical treatise and historical point-of-view. As he was the curator, the exhibition is an explicit reference to the atomic bomb dropped in Hiroshima in 1945, which preceded Japan’s unconditional surrender to American powers. Japan’s subsequent demilitarization in the American-drafted constitution and suppression of national trauma determined the taboos of Japanese culture for the postwar generations—and the limits for artistic production.

Creative, frustrated attitudes toward the social terraforming from the 1950s on, turned to the kawaii styles of manga and anime under mass mediation, facilitating an illicit graphic subculture that emerged in and over the decades since. Illicit, because the otaku (pop culture obsessives) were branded as ‘social deviants,’ whose proclivities for apocalyptic fantasies (Godzilla) and buxom, weak-kneed girls, among others, supplanted outward political desire with detached, nerdy indolence. 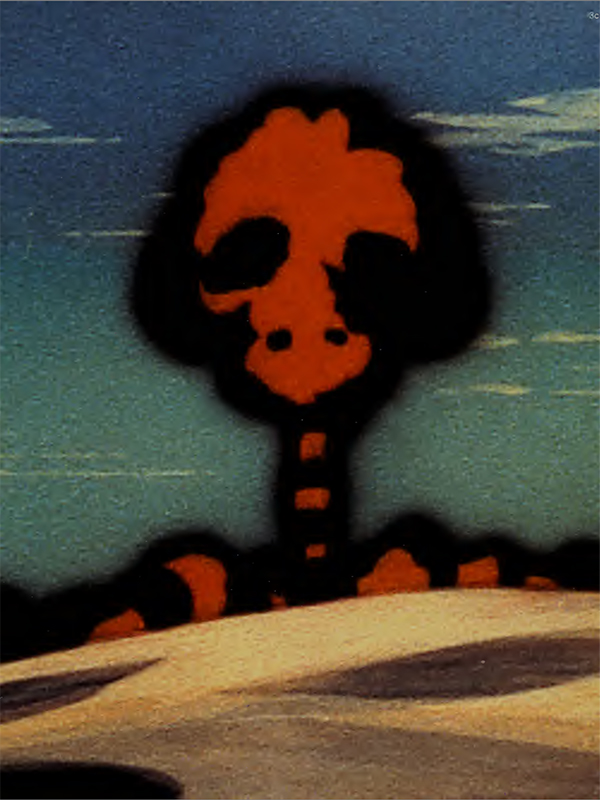 Still from the anime,Time Bokan (1975-1976). Retrieved from the exhibition catalog Little Boy: The Arts of Japan's Exploding Subculture. 2005.
EditDelete 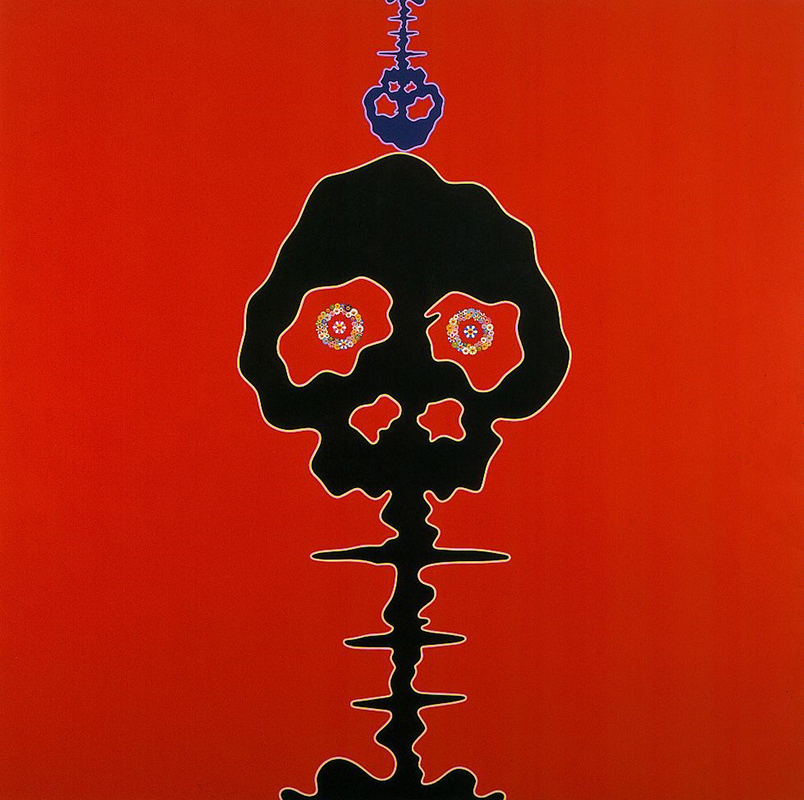 In Murakami’s account, Japan was ‘Little Boy’ to the Orwellian ‘Big Brother.’ To use the words of then Director of Japan Society Gallery Alexandra Munroe in her accompanying essay, “The Japanese have refused—or rather, have been refused the chance—to grow up.”

The characteristic marks of Otaku infantilism were a wellspring for the distinct originality for Superflat. Murakami himself is a professed otaku and stays up-to-date with the departures and slippages the subculture continues to make. At any given moment, pitiable aspects inseparable from kawaii candy cuteness (doe-eyes, naivete) could conflate with the libidinal, the dark, and the downright grotesque. It’s the same conceit that allows Superflat to subsume, seamlessly, western ideals of fine art and consumer culture. It’s also how Murakami operates, embracing consumerism while dually exposing it.

Roughly two decades, a Louis Vuitton bag, and collaborations with Kanye West and Billie Eilish later, however, the critical weight of Little Boy may have been effaced in Murakami’s illustrious career.

As in the Hypebeast Film, it seems like the cultural omniscience Murakami has attained has also put him in a precarious position of ‘neither here nor there,’ with one foot in Japan, and in the global stage, the other.

All to ask if the same flatness that constitutes Murakami’s style obfuscates what made it ‘distinctly Japanese’ in the first place—or if it throws the global Japanese identity into question altogether, as well as if we could ever completely contain it.

Read the full press release of Little Boy here.
Borrow and read the exhibition catalogue through this link, and learn more about kawaii here.