Ricky Francisco Sees Beyond Aesthetic and Meaning in Art Curation

48 shows—this year alone, Ricky Francisco has done about 48 shows all over the country and beyond local territories. One of the most humble names anyone could encounter in an exhibition could be his. His aura, light and refreshing, gets the job done while keeping it pretty chill for the most part. Over coffee, he has told us about his journey from being a salesperson to one of today's most respected curators and director of Fundacion Sanso. 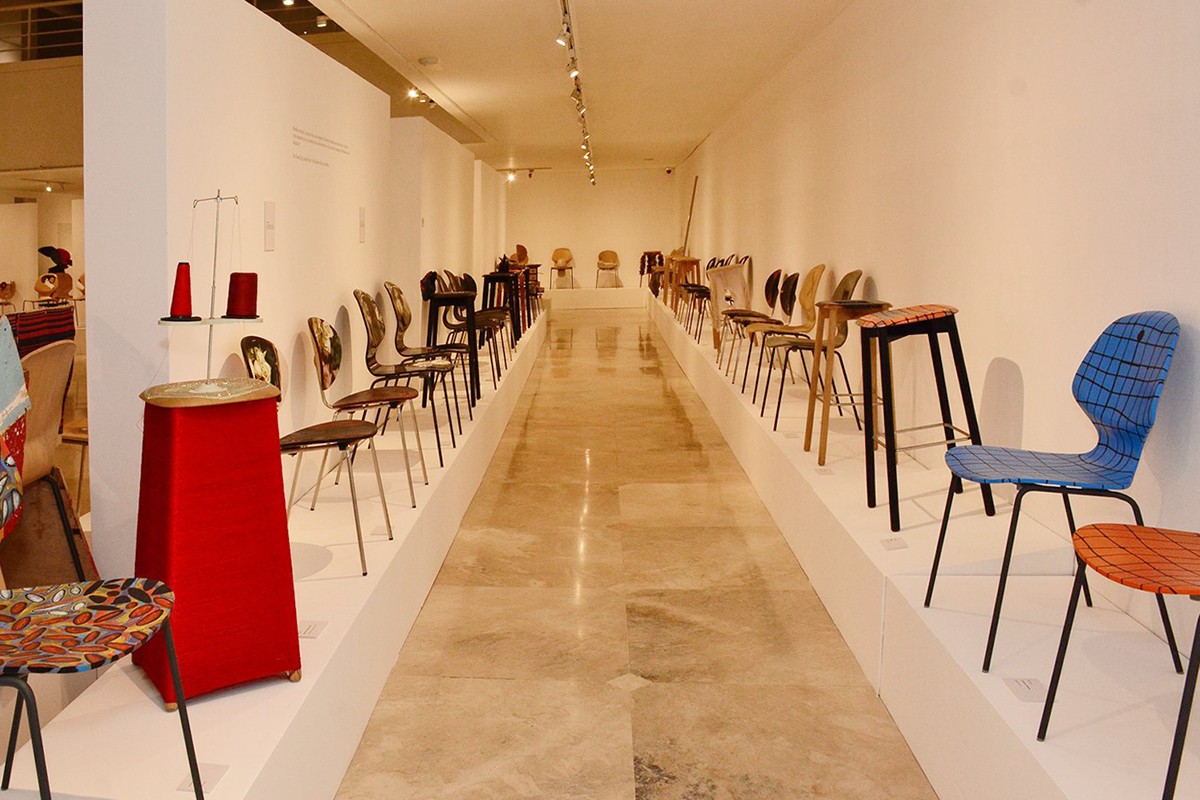 "I saw myself at the Greenbelt Park, on an afternoon, basking under the hot sun and I knew I wanted to work around that area."

It was during the Asian Crisis when Ricky Francisco began dreaming of working at Makati CBD. In his humble home in Baguio City, while he was doing his laundry, he was stricken with some sort of a vision as he saw himself working at a place near Greenbelt Park. "I knew I wanted I wanted to work there. So during the Asian Crisis, I took my chances and went to apply for jobs there." As a sociology graduate during a financial crisis that gripped much of East and Southeast Asian countries, it was not easy for him to find a job. According to him, he had to line up with along with 800 people to get a chance for an interview. There were no online applications back then and the only way you'll score an interview is if you wait hours and hours for one interview. It was a 1:800 chance and from there, the elimination process began. He had to come back for interviews, and fight against other applicants for a single job vacancy. In the end, he prevailed and was hired to become a pharmaceutical sales representative, or med reps as they're popularly called. He also went to selling socks—yes, socks—for a popular brand. But Francisco knew this wasn't his calling. "Hindi talaga ako pang-sales eh. So I said, I will just go home [to Baguio]. And on the day I decided I will, I got a call from Ayala Museum, saying they saw my resume and asked if I would like to come in for an interview." Ayala Museum is located in Greenbelt Park. Indeed, the universe works wonders.

RELATED:
Francisco Lee in Collaborating and Connecting with Artists﻿

It was a shoo-in for Francisco. After his interview, he was immediately asked to start that day but he asked for the weekend to at least tell his family about it. That's only the beginning of his journey in the arts. All through chances and the universe letting its mysteries work. He started working as an inventory clerk for the museum and from there has worked his way to explore other options and look into other museums and galleries which led him to the Lopez Museum. 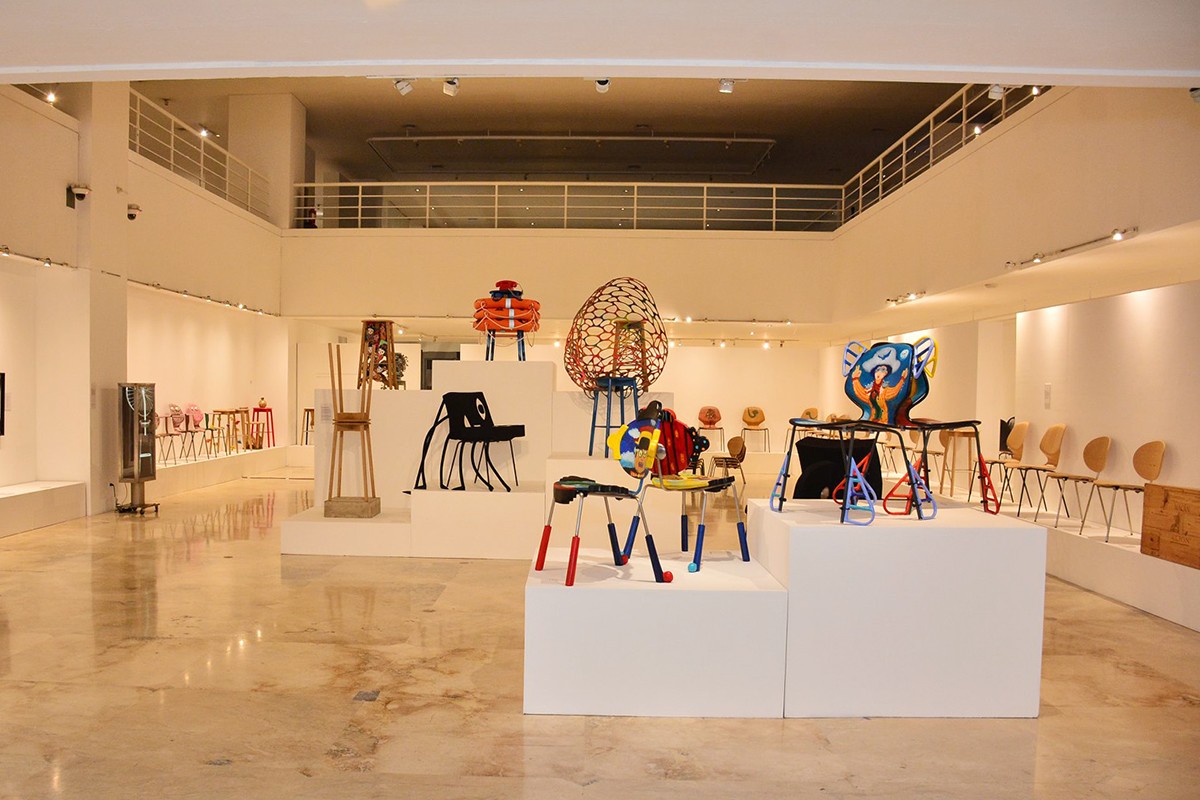 "For us kasi, space is luxury but for other people, it's different."

Having studied anthropology, most of Francisco's understanding of art is laced with social and cultural context. More than the meaning of art, what influences it would always be part of the notions he tackles in an exhibition. To Francisco, what influences the general local taste in art is the Filipino culture of filling in spaces. There is no place that's too big or too small for us. We live in a construct of believing that we should utilize every millimeter of space we are provided with. Take for example National Artist for Visual Arts (Painting) Larry Alcala who is known for his cartoon illustrations of crowds and human interactions. Also, a National Artist for Visual Arts Jerry Navarro Elizalde fills his canvas with a celebration of colors, abstract and expressionist.

“Our general aesthetic is very different from let's say the Japanese who appreciate minimalist designs. We like filling gaps and spaces with art.”

Taking it to a societal context, we find luxury malls intimidating because of its space, unlike the crowded tiangge and public malls with high foot traffic. Most people are more inclined to be in places where they can camouflage and not be watched or seen. In art, Francisco understands this as the reason why people take a step away from museums and galleries rather than into it. "Our general aesthetic is very different from let's say the Japanese who appreciate minimalist designs. We like filling gaps and spaces in art." For the most part, we have grown to understand the value of space and how much we can maximize its use. 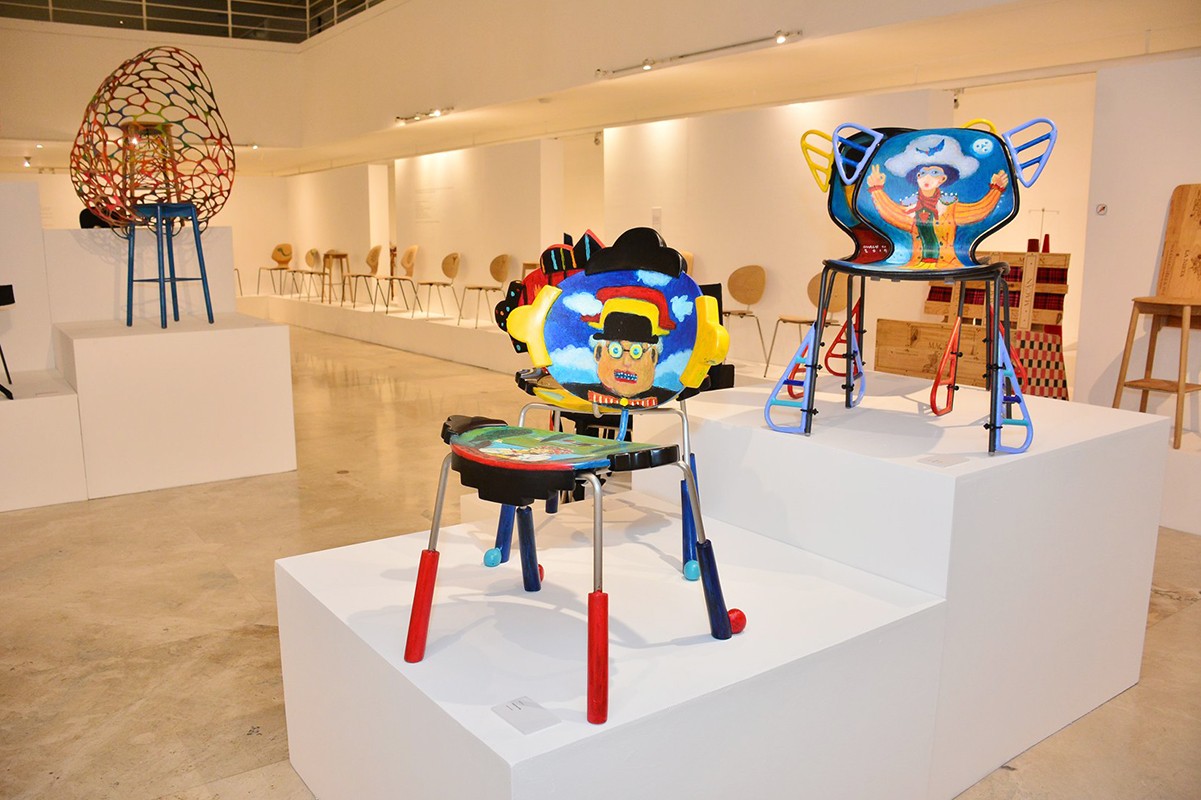 "More than it being a passion, it's become an avenue for greed."

Ricky Francisco has done more than just curatorial works for the country. He has gone beyond our local territories in sharing his ideas. To him, it's a personal journey that has allowed him to grow and let the tides take him to where he's supposed to be. This journey has allowed him to grow and adapt. He has branded himself as someone easy-going and easy to work with, to which a lot of people can attest to. This, we've been honored to see first hand as he invited us to witness him curate Chapter 2: The Empty Chair Project at The MET for the benefit of the Visual Arts Helping Hands Foundation, Inc. (VAHHFI).

“They wanted to look good to the public that's why they're doing the exhibition and immediately, I had to say no. I'm not doing this. Hindi ko kaya eh.”

The MET was filled with chairs of various shapes and sizes and more than the strategy of their placements, we have noticed that he had concerns beyond space. He was all about the meaning of each work, explaining each one as much he can to us. He has already studied the works before he even started handling them alongside the people who have helped with him set-up the exhibition. To Francisco, curation was not only writing or exhibition design. It was helping to do what he believes in. "There was a time when an organization asked me to curate a show for them," Francisco begins his story. "It was a huge organization and I believed in their objective but then I started to see what they were after. They wanted to look good to the public that's why they're doing the exhibition and immediately, I had to say no. I'm not doing this. Hindi ko kaya eh." Francisco has an understanding that there's so much about art that people have been taking advantage of; more than passion, it's become an avenue for greed. It's the day he decided he will only work on projects he believed in and with artists who he believes in as well.

It's not easy to be someone like Ricky Francisco. He chooses to stick to his virtues all while taking chances with the people he works with. Certain mistakes could come his way but all these he treats as lessons for tomorrow. When everyone else was focused on aesthetic, Francisco looks at the greater scheme of things; how will it benefit society and how was it inspired by society? How does each work represent each artist and his people and each institution and the people they help? As the director of Fundacion, he has a lot in store for the Juvenal Sanso's fans and non-fans alike. As a visionary, he looks at how each of the great master's artworks can be passed on to generations after generations, just as how he believes, art should be consumed—of all people regardless of their socioeconomic status.