Francisco Lee in Collaborating and Connecting with Artists

If you've been through several exhibitions in the metro, chances are you've seen or heard his name somewhere. Koki Lee (stylized as Koki LXX) or Francisco Lee has been an active artist and curator for the past years. There has been a lot of talk about why his name was spelled as such but it's simply a matter of identification. While a lot of artists carry the same common surname, Lee would like to be identified from the others in such a manner. Through the journey of Cartellino as a team, Lee has been one of the friends we have made along the way and with this, we have been acquainted not only with the person behind the name but the artist and curator that has done amazing jobs in shows we've been to. His views on things were a lot more insightful than one could imagine and coming from a third-person perspective, seeing his works in the flesh and learning from the man himself why and how each is done, you immediately be stricken with a certain fascination. 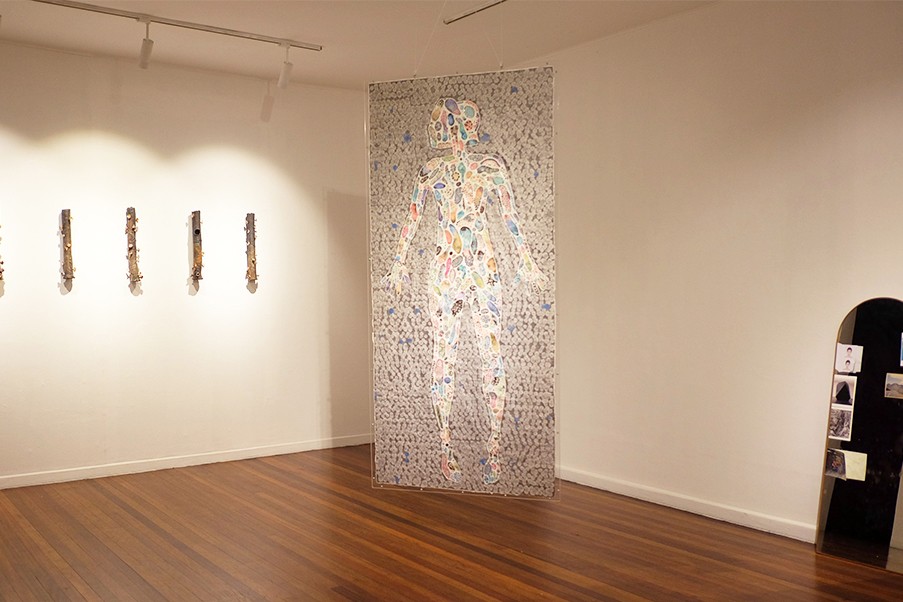 "I guess you could say it’s like putting together a sports dream team."

Koki Lee has done quite some curatorial works. One of the most memorable for him was the one he did for his mother gallery, Artinformal. It was an exhibition called Self-portrait as Mirror/Mirror as Self-portrait. According to him, he has been putting the exhibition together since 2017. Two years later, in 2019, that dream sports team Lee has been working on has finally come to fruition as one of his most memorable exhibitions. Under his full name Francisco Lee, the show featured 22 artists namely Andre Baldovino, Nice Buenaventura, Mark Bugante, Mars Bugaoan, Dharma Bum, Luna Castro, Doktor Karayom, Jonas Eslao, Kat Grow, Nilo Ilarde, Kitty Kaburo, Kolown, Maya Leon, Ai Makita, Elaine Roberto Navas, Marco Rosario, Jimbo Santos, Libra Silang & Santiago Maraton, Yeo Tzeyang, Wipo, Atsuko Yamagata, and Costantino Zicarelli. The exhibition put together artists who use their real names and those who go by pseudonyms to understand the idea of self-portraiture through mirrors—be it literal or figurative—they have used in the process.

Delete
“I try to go to as many exhibitions and openings as I can, regardless if I know the artists or not.”
Delete

"I was able to work with many Filipino artists I admired—both emerging and veteran—as well as foreign artists I was able to invite to show," Lee tells us. His beginnings as a curator have come to that one show that he's proud of and a few more coming along the way as the new year dawns. He first dabbled in curation when he was in the university for his organization's annual art exhibition. Later, while taking a break from school, Lee took a chance to apply for a gallery assistant post that he saw on Facebook. "One of my seniors in university posted an ad in our Facebook group about an opening for a gallery assistant. Since I wanted to take a break from school, I tried it out, and thankfully got hired," he shares. "Sometime later I took a Curatorship elective in our major." 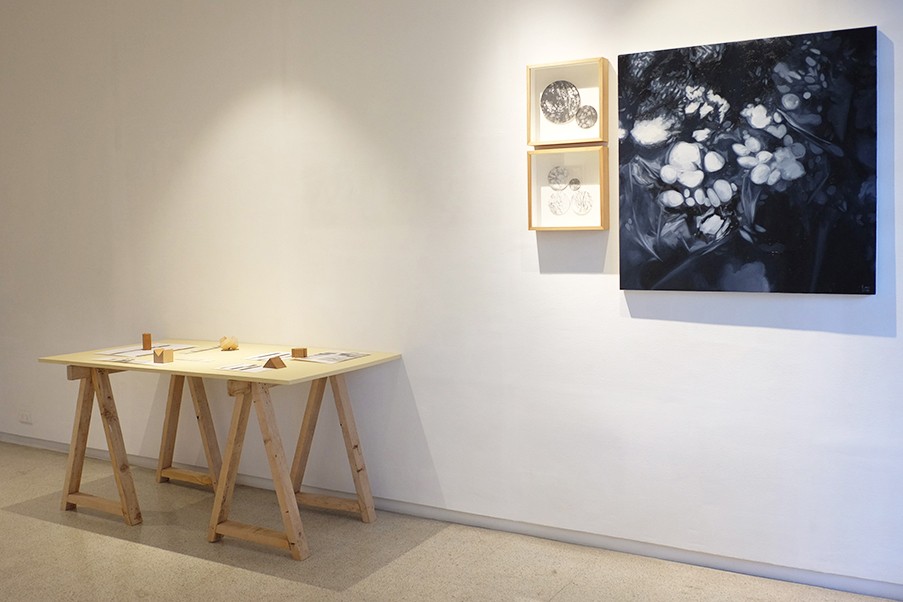 "A Curator doesn’t impose; I would say the most is to guide and critique."

The years Koki Lee spent curating shows and participating in exhibitions as an artist himself, he had quite a take away that not everyone would have known about. "It’s not just someone who simply hangs artworks in a given space, for sure; that would be exhibition design," Lee tells us when asked about his tasks as a curator. "An Art Curator is someone who gets familiar with artists and their artmaking, and works with them to accomplish a common goal. Familiarity with theories and movements in artmaking is good to have. A Curator doesn’t impose; I would say the most is to guide and critique. Whatever comes out of it can be subject to review."

"It is a valuable task as many times artists think they’re just a mess of ideas when actually they make a lot of sense," he adds. "Being able to have discussions with artists, where you both get to the bottom of things, figure out together what’s going on in the artmaking, it’s a great feeling." In each exhibition, there will always be a takeaway lesson for the curator. It could be centralized to artmaking like their process and medium or more into the person they're working with like their placements and beliefs. Every curatorial work is a journey a curator takes to better understand the artist and having to translate that stance to the audience who they wish to reach their artworks with.

RELATED:
The Multi-Dimensional Task of a Curator with Gwen Bautista﻿

Lee's curatorial process would be similar to other curators. In a community where everybody practically knows everybody, he still makes sure to attend as many exhibition openings as he can. This is where he begins communicating with artists and sees what potential collaborations that could do together. To an extent, Lee could be seen as a visionary. "I would say that I generally have ideas in my head which I eventually want to test through art exhibitions. From these, I make lists of artists I meet and get to be familiar with, whom I think would be right for the exhibition." 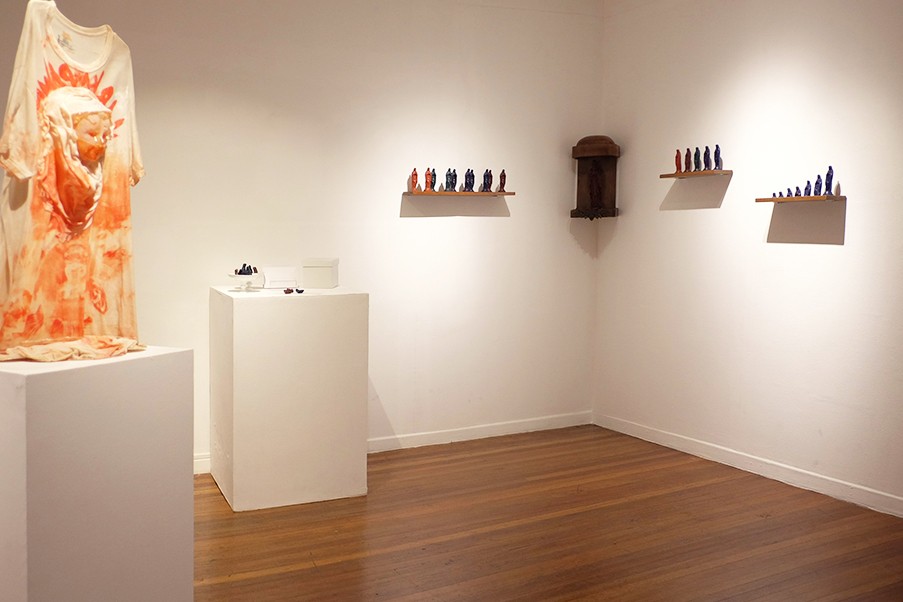 "Do not think you are above the artists and do not let them feel the same towards you."

Koki LXX may have gotten the idea of what a curator is. It certainly is rewarding to create new connections that would last your journey in understanding art and exploring more artmaking processes. Sharing your experiences and learnings to the public a whole new feeling curatorial work brings. At the end of the day, curators are more than just a gatherer of the flock or a writer or an exhibition designer. Curators are translators and emissaries of meanings, processes, and experiences.

He has shared two projects he's been working on. One for the Signum Contemporary Objects booth at Art Fair Philippines 2020, and another a two-person show with Ginoe Ojoy and Doktor Karayom. In the future, we'll see a lot more Francisco Lee and Koki LXX to share with us his journey and ideas through exhibitions.