Make-A-Wish Philippines began on a high note, and by granting a seemingly impossible demand: for a young boy named Kristian to sing to the world. This was the year 1999, the cusp of a new millennium, the historic pivot away from a century that had no idea what the Internet was. “That was the challenge,” explains Make-A-Wish Philippines’ executive director Aleah Ortiz. “There was no YouTube, no Facebook, no streaming avenues or ways to broadcast oneself online at the time, so how would Kristian have actually sung to the world?”

Make-A-Wish Philippines (MAWPH, for short) is the first and only wish-granting non-profit organization in the country. It is an affiliate of the larger and longer-standing Make-A-Wish Foundation International, headquartered in Phoenix, Arizona, and was established in 1980. The Philippines’ own was first imagined upon an individual’s meeting of a wish kid from another country, then meeting Kristian afterward, whose critical illness was hemophilia. After meeting Kristian, the MAWPH founder-to-be gathered a group of friends to figure out how to fulfill the wish. As is often the case among those who are resourceful, one initiative led to another; shortly, they came to learn about a grand New Year’s Eve celebration held at the Manila Peninsula Hotel.

“All of it came in sync,” Aleah continues. “Here was Kristian, this child who wanted to sing to the world, and at the stroke of midnight, January 2000, by the middle of the Manila Peninsula fountain, he did.” And as the story goes, he did it accompanied by Regine Velasquez and a children’s choir, no less. “It’s very, very nice to know that selfless people can start this kind of movement and, together with groups of individuals and corporate partners, be able to grant this wish.”

Make-A-Wish Philippines has granted 3,800 wishes in the 21 years since its founding, While the organization has on mainstay a board of trustees and a lean team of officers and social workers, it’s the volunteers, donors, and the expressed goodwill put in concert that are the lifeblood of this humble NGO. To be precise, to have a wish come true depends on different people in the community, which, apart from the desire to help, may have no affiliation among its members. (Special editorial shoutout to one such pillar of support — truly a surprise for us: Kynatech PH, our web developers, who have been offering Make-A-Wish PH their services for free for the last six years. Until recently, we had no clue. To visit their work, AKA, MAWPH's website, click here.) 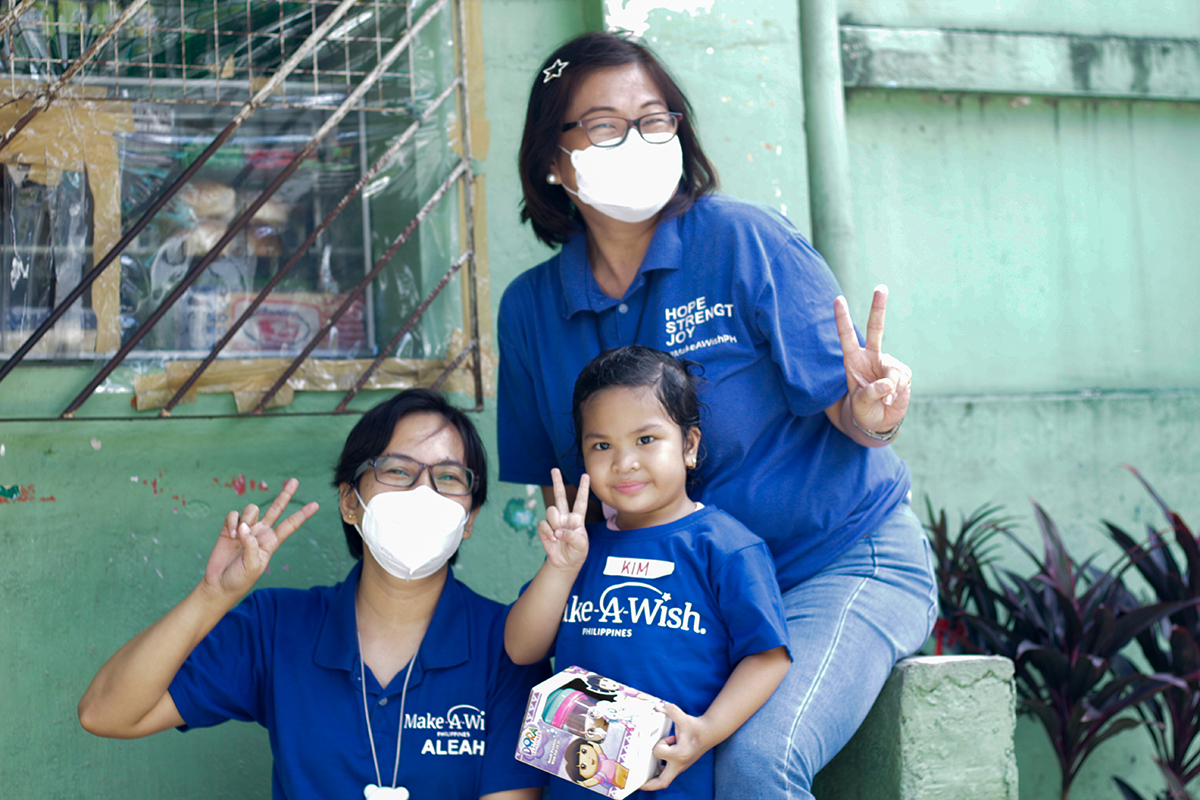 Aleah herself has been MAWPH’s executive director for the last five years. More, she’s the first to have assumed the role full-time. In the ten years before coming on board, she had been a professional advocate in upholding children’s rights and welfare. The driving force of her commitment to MAWPH, Aleah tells us, is the simplicity of its goals, which racks up nicely with its mission-vision. Where other NGOs focus on addressing the children’s medical needs directly, Make-A-Wish Philippines maintains that the experience of a wish fulfilled leaves an unprecedented and lasting impact on the wish kid’s psychosocial well-being. What others may consider as a thoughtful practice of gift-giving, is what MAWPH by and large deems the ‘wish effect’. When done at a challenging time in the children’s lives, where medical checkups and treatments become more regular at an alarming rate, a wish fulfilled does more than address the child’s momentary needs.

“The strength, joy, and hope the kids receive help them overcome what they need to do with their doctors, often after that. Now that mental wellness is being talked about more, I think it’s very timely: it’s a good way to advocate for the kids’ mental health, who feel at times they’re in prison because of their critical illnesses,” Aleah goes on. “But [the wish-granting] is not a one-off activity. We keep in touch, months, even years later. Some of these kids become volunteers to give back; we just had an interview with Kristian last year. But there are also other kids, you know, whom we hear from their parents that they did not make it. But it’s a real blessing that most of the wish children are doing well.” 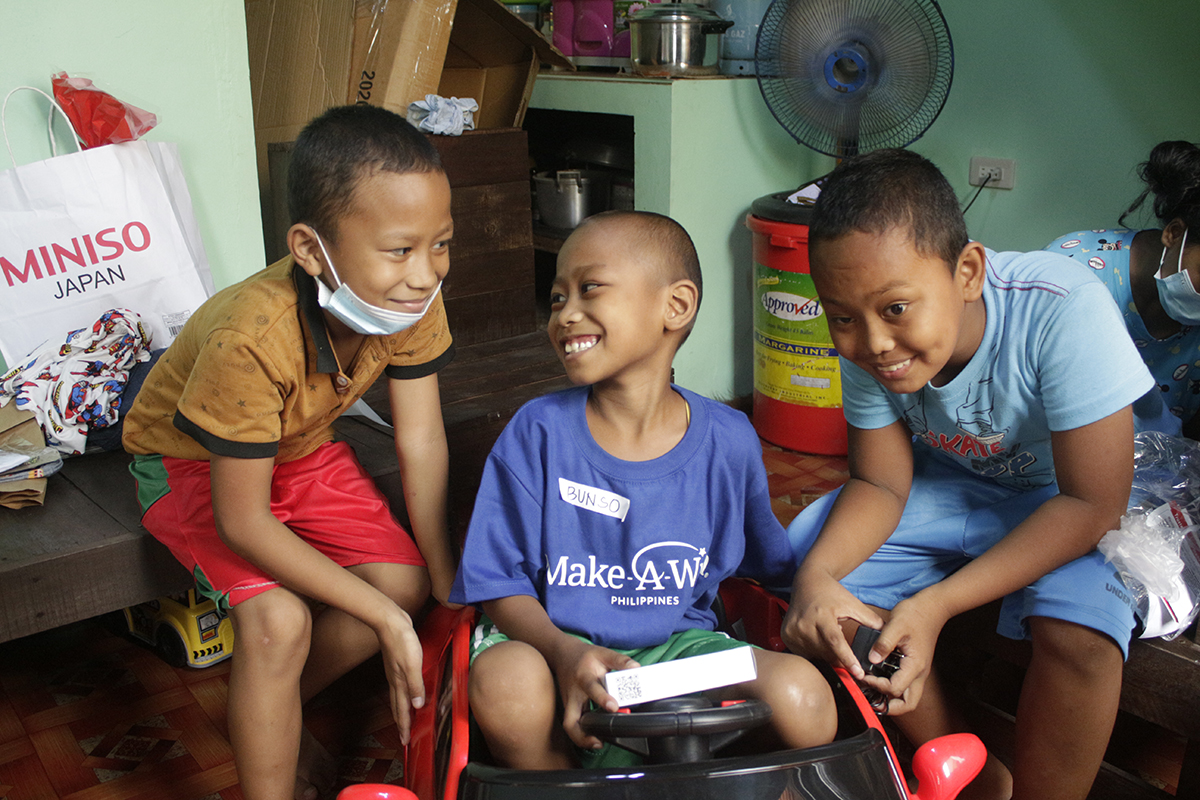 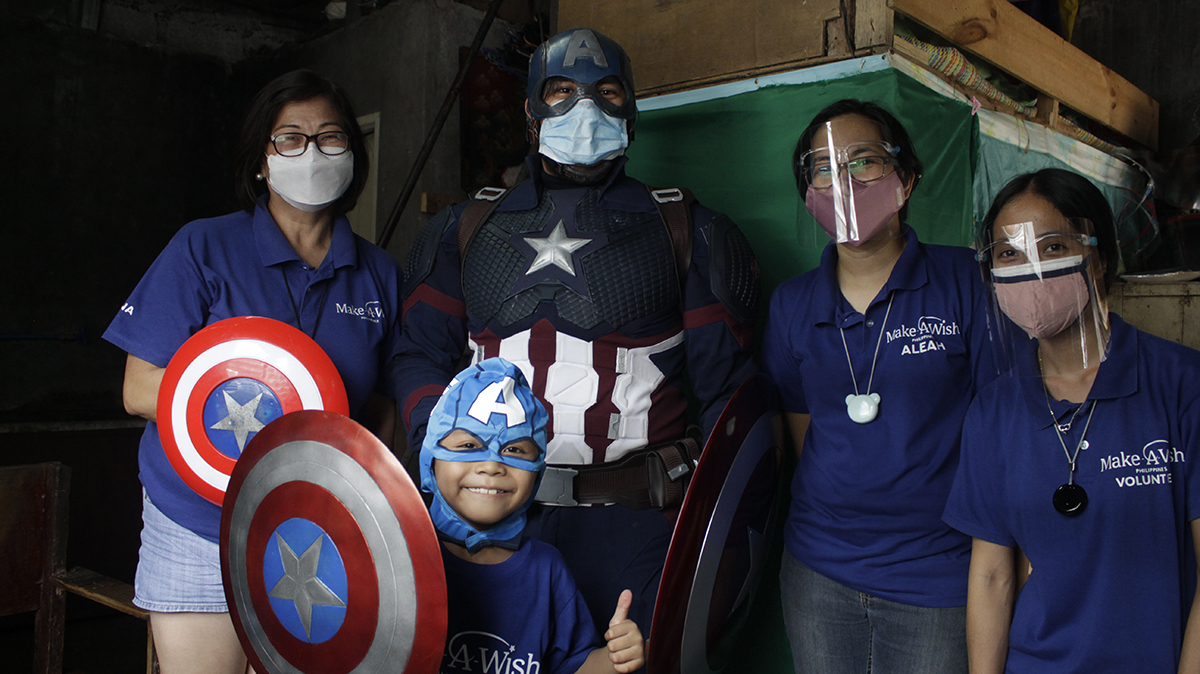 To achieve its full, phenomenal effects, the wish-granting, similarly, takes some build-up, all of which is part and parcel with the overall “wish journey.” It begins with the social workers talking to the wish kid in casual conversation, which helps them form a bond. From there, more is learned about the child’s interests, aspirations, hobbies, which help in deducing what the wish kid truly wants. For the second step, all this information gets baked into the wish design, forming and thinking up activities and games that build up to the momentous occasion of a wish granted. “Gifting them supplies in their favorite color, playing their favorite game, it’s the simple things, actually, and they remember the exact moment the wish was granted,” Aleah details. “In fact, they often ask for a doll or toy, or to meet this one person. We build on that. If it’s a barbie doll, we make sure she comes in a house or comes in a group of them.”

While in the past, many wish journeys involved parties and physical events, or the social workers meeting and interacting with the children in person, Make-A-Wish Philippines has done more than just the simple “zoom meet & greet”. The activities today, mainly virtual, are still as charged with the same enthusiasm as before. Indeed, it sounds as though they’ve found a balance. Aleah finishes, “The parents are more than willing and happy to gather photos and videos of their children; the volunteers — many of whom are students and have online fatigue from school and work — are still very happy to do activities with us; and we have learned to use courier services to deliver care packages to the children who live in more remote areas. And we’re all there online as they unbox,” and in it are their wishes, granted.

Through First Edition 2021, Cartellino is a proud wish partner of Make-A-Wish Philippines. A part of all profits from this event will help transform the lives of children with critical illnesses, one granted wish at a time.