Don’t Know Much about Sanso? Now’s Your Chance

Up by the mountains and a bit above the long Mediterranean coastline, in the Catalan town of Reus, Spain in the year 1929, Juvenal Sansó was born. Translated roughly, Reus means “place in the way,” AKA, a kind of crossroad. Almost as if they could sniff the metaphor, the Sansó family departed from Reus in 1934 and migrated to the Philippines, where the boy’s parents would establish a wrought-iron business in Manila, find the American-occupied metropolis not without charm, and settle amid the 20th century bustle. The Sansó family’s move happened a year before Manuel Quezon skipped to the top of the Commonwealth grandstand, to pledge an oath as the first U.S.-approved president.

As the story goes, Juvenal Sansó’s talents laid not in iron, but in art, with much of his youth consisting of private art tutorships before attending the UP School of Fine Arts. After his classes with esteemed artist mentors Fernando Amorsolo, Dominador Castañeda, and Ireneo Miranda, Sansó would attend special classes in the University of Santo Tomas. He was also part of the UP swimming team and would swim in the Pasig River during his downtime. (This would come in handy later on.)

After college, Sansó continued his studies in Europe, where he was enrolled in prestigious schools such as the Accademia di Belle Arti in Rome, and the L’Ecole Nationale Superieure des Beaux-Arts in Paris, and went on to live in the city of lights for 50 years before coming back to Manila to rest his hands and retire. 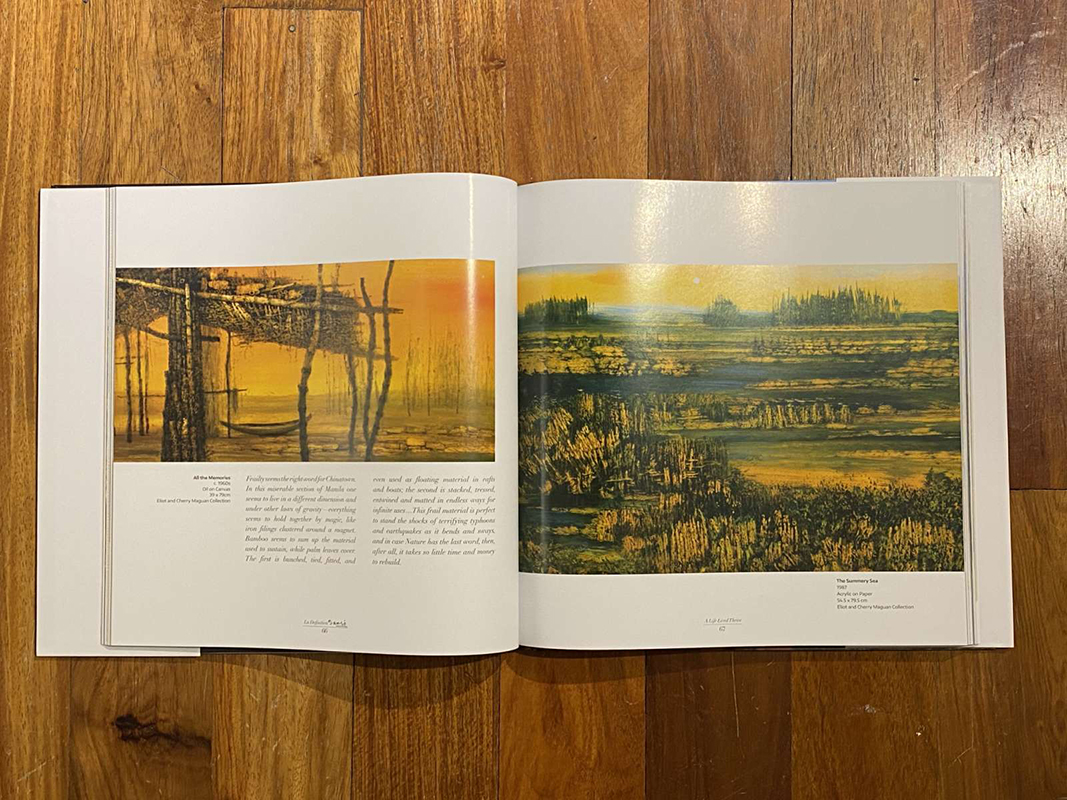 Now, this is usually where his accolades and accomplishments are listed and, of course, suffice. As you may know, Sansó has been decorated by three eminent distinctions: the Philippines’ Presidential Medal of Merit, Spain’s Distinguished Cross of Isabela, and France’s Chevalier de l’Ordre des Arts et des Lettres. His works are fervently collected by museums and serious collectors alike. Worldwide.

But beyond that and knowing how to pronounce his last name right, what really defines Sansó connoisseurship is how well one knows just how Sansó’s art intersects with his life. In the case of water, for example, which figures frequently in his paintings, Sansó did mention once that, after enduring a grotesque amount of torture, he fled his Japanese captors, avoiding death by disappearing into the Pasig River.

Juvenal Sansó is now 91. Last December 5, the artist’s rich history, some details of which were previously undisclosed, has expanded with the launch of La Definitiva Sansó: A Life Lived Thrice. The book differs from its predecessors by a mile. This is mainly because, apart from how this 11.25 x 11.25-inch hardbound book contains the artist’s entire body of works, it also elaborates in detail the historical contexts from which Sansó’s works were borne: in the four countries where he had studios in, and amid the social changes that many have come to remember the 20th century by.

The book is the result of the last full manuscript of the prolific art scholar and curator Dr. Reuben Ramas Cañete, the 1996 Leo Banasa Award for Art Criticism recipient. He passed away in 2017. While Dr. Cañete has authored a wide array of books on the Filipino masters, many of us may know him too from his insightful pieces published on the web, as revisited by the online architecture magazine, BluPrint. 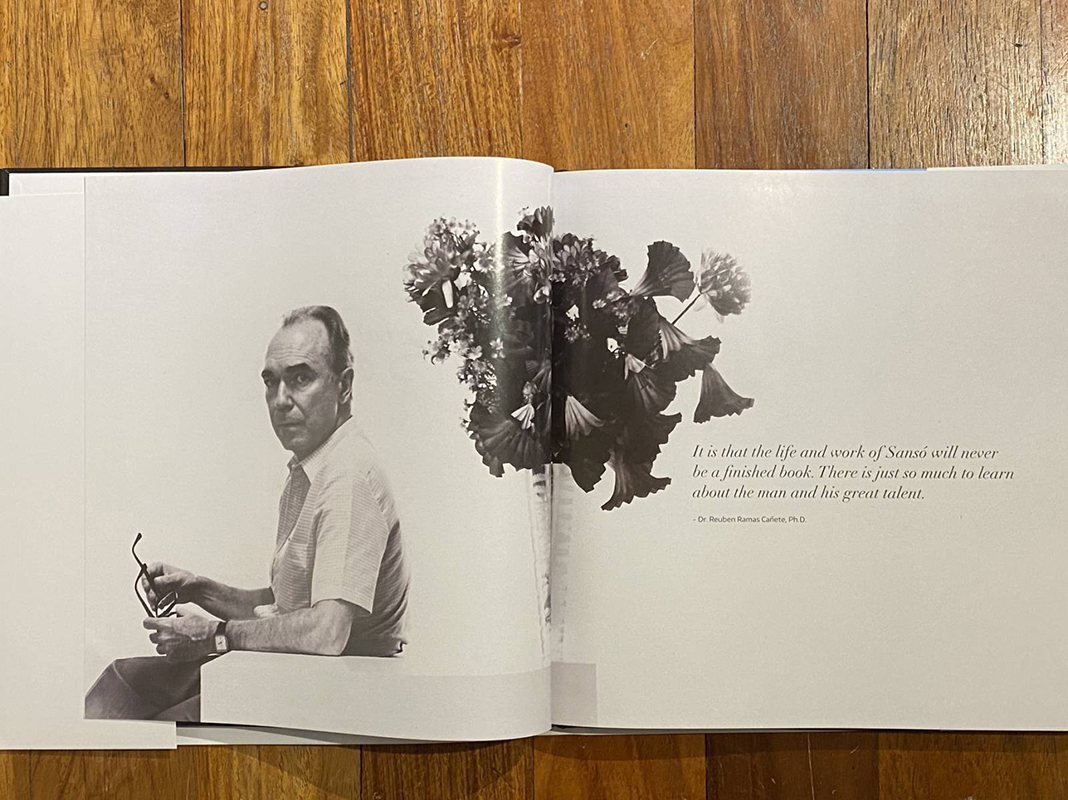 La Definitiva Sansó:  A Life Lived Thrice is available at Fundacion Sansó at the discounted introductory price of P3,500 until 5:00pm of December 15, 2020.  After that, the book will be sold at P4,500.  For inquiries, please contact Nicole at 8952 1568 or email the museum at fundacionSansó@gmail.com

P.S., we had to type Sansó’s name as “Sanso” because of technical issues.

All images courtesy of Fundacion Sansó.