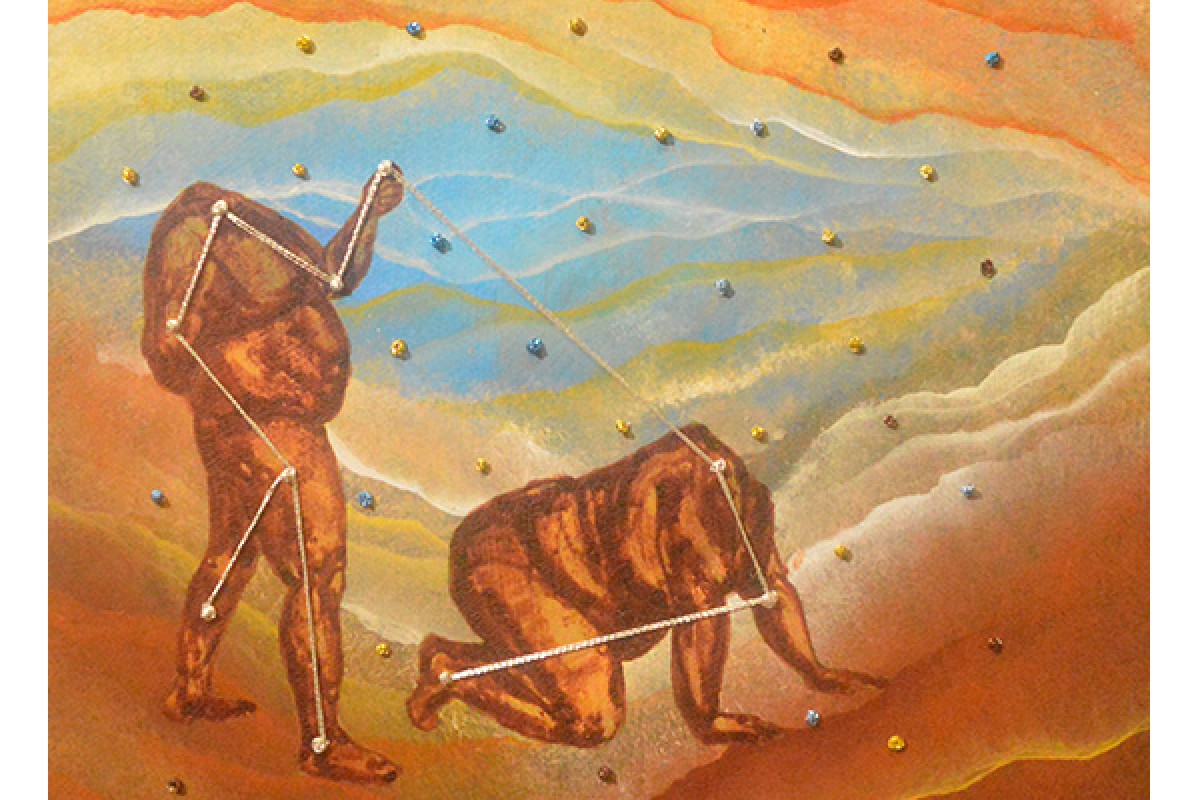 This series was inspired by a previous painting of the artist last year, “the one with all the constellations.” Excited as he was with the idea of incorporating cosmic elements in his paintings, Mark created a series in which all the constellations are made up. Present societal happenings influence the names of each—i.e., “degenerate distasteful spirits” (dds).

Mark Angelo Turbolencia is a young artist from Catanduanes in the Bicol region. Born in 1994, he took up a degree in Fine Arts majoring in Advertising and graduated from Far Eastern University. Having grown up in an island province, Turbolencia was raised in a conservative environment. His move to Metro Manila exposed him to new cultures and norms, which resulted in a drastic change in his views about art. He has since begun to question certain traditions from his conservative background as he tries to understand the contemporary and conceptual side of art. Turbolencia became fully active as an artist after graduating in 2018 and has been in group shows ever since.

Turbolencia’s works are narratives of his fascination with the humanities—physical, metaphorical, spiritual, and sometimes astronomical. Having a sibling with a medical degree, Turbolencia experimented with blood as his primary medium in his art pieces. His painting compositions usually include an acrylic background with him as the subject, painted in blood with a hand-stitched thread for the head. Turbolencia’s decision to use blood as a medium may seem unconventional, although he believes its use in art is not new. It can be traced back during the earlier times of humanity as a form of documenting their lives.

Shipping fees are calculated upon checkout.

Artwork may be returned within 24 to 48 hours after its receipt. 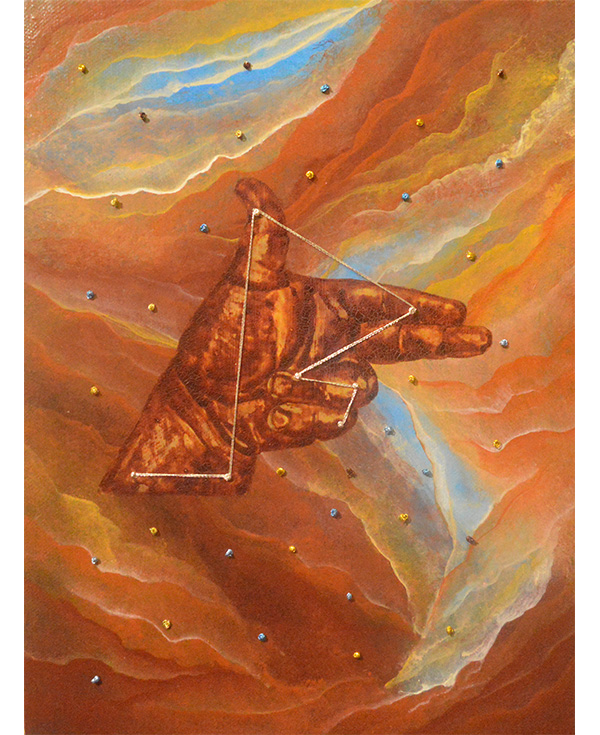 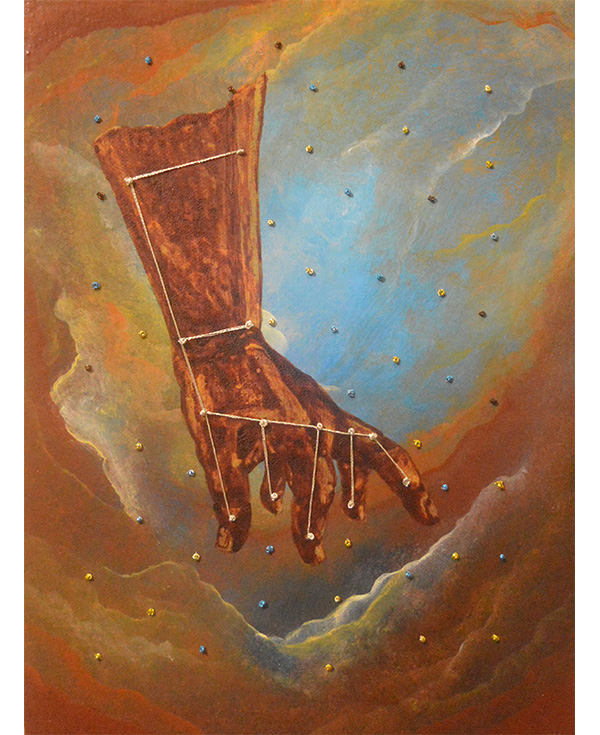 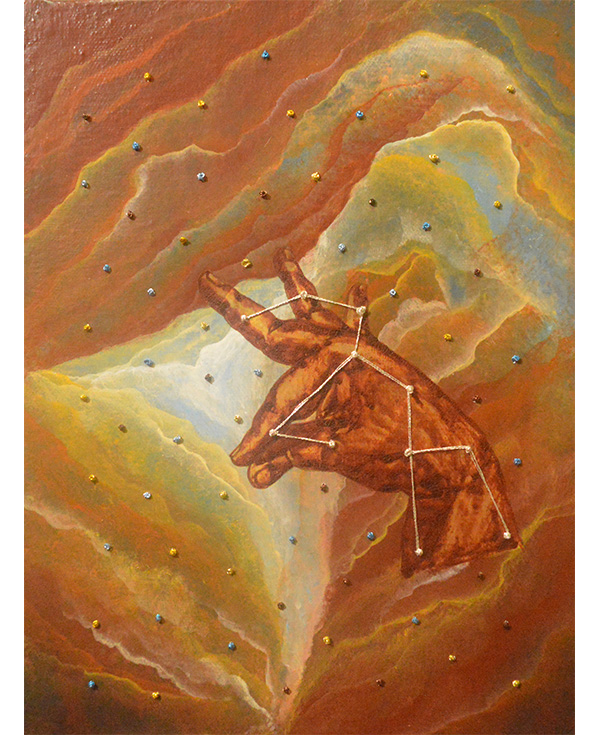