Kanpeki: The Voice of Independent Philippine Artists Heard in Kyoto

Having survived 36 years as an artist-run space, Matsuo Megumi+Voice Gallery psf/w in Kyoto has probably seen it all. Yet in the true spirit of artistic independence, the gallery’s curator Matsuo Megumi, believes there is still much more to experience. This is what motivated her to invite Japan-educated Filipino artist Mariano Ching to organize an exhibition centered on independent artists.

A graduate of the University of the Philippines, Ching, or more commonly known as Nano, spent several years studying printmaking at the Kyoto City University of Arts, during which he first encountered Megumi and Voice Gallery. By this time, the revolutionary artist collective and artist-run space in the Philippines, Surrounded by Water, had already closed its doors. During his studies in Japan, Nano held several exhibits at Voice gallery, where he met fellow artist Kanamura Hitoshi, with whom he nurtured a long-lasting friendship. It was around this time that Nano, Matsuo, and Kanamura began their dialogues about artist-run spaces. 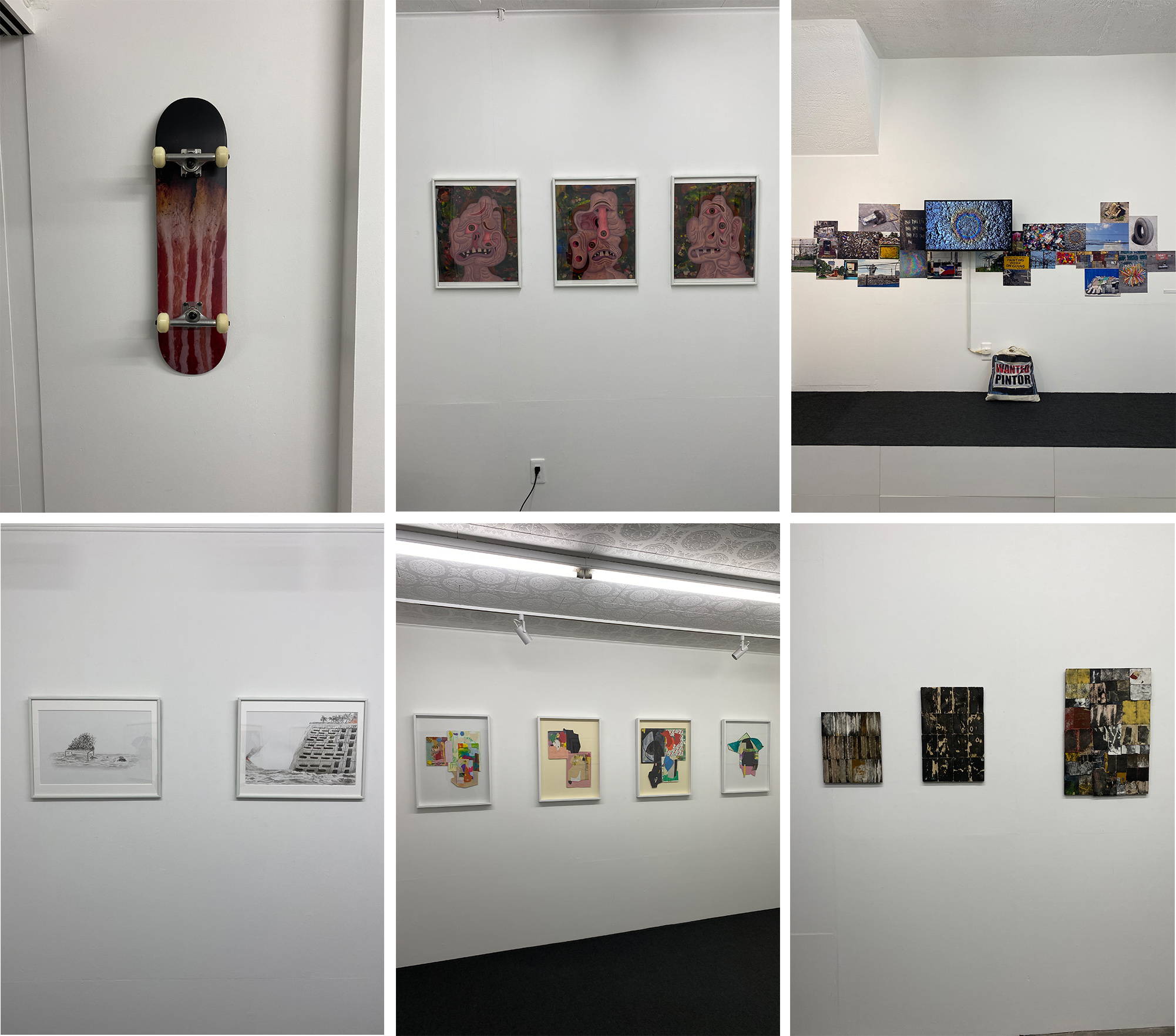 For a littlle context, Surrounded by Water (SBW) was a collective of ten Filipino artists, as well as the name of their independent space that had two locations — the first opening in 1997 in Angono, where founder Wire Tuazon aimed to support fellow artists as well as artists from Angono by providing a space for exhibitions when the few galleries at the time would not provide venues for young artists; and a second site in EDSA where the space became a frontliner in the efforts to oust the corrupt government of Joseph Estrada in the early 2000s. By 2003 many of the members, including Nano and the likes of Geraldine Javier, Keiye Miranda, Yasmin Sison, Michael Muñoz, and Jonathan Ching, to name a few, began to find consistent commercial gallery exhibitions. This meant less time to run the space, and in that year SBW officially ended. 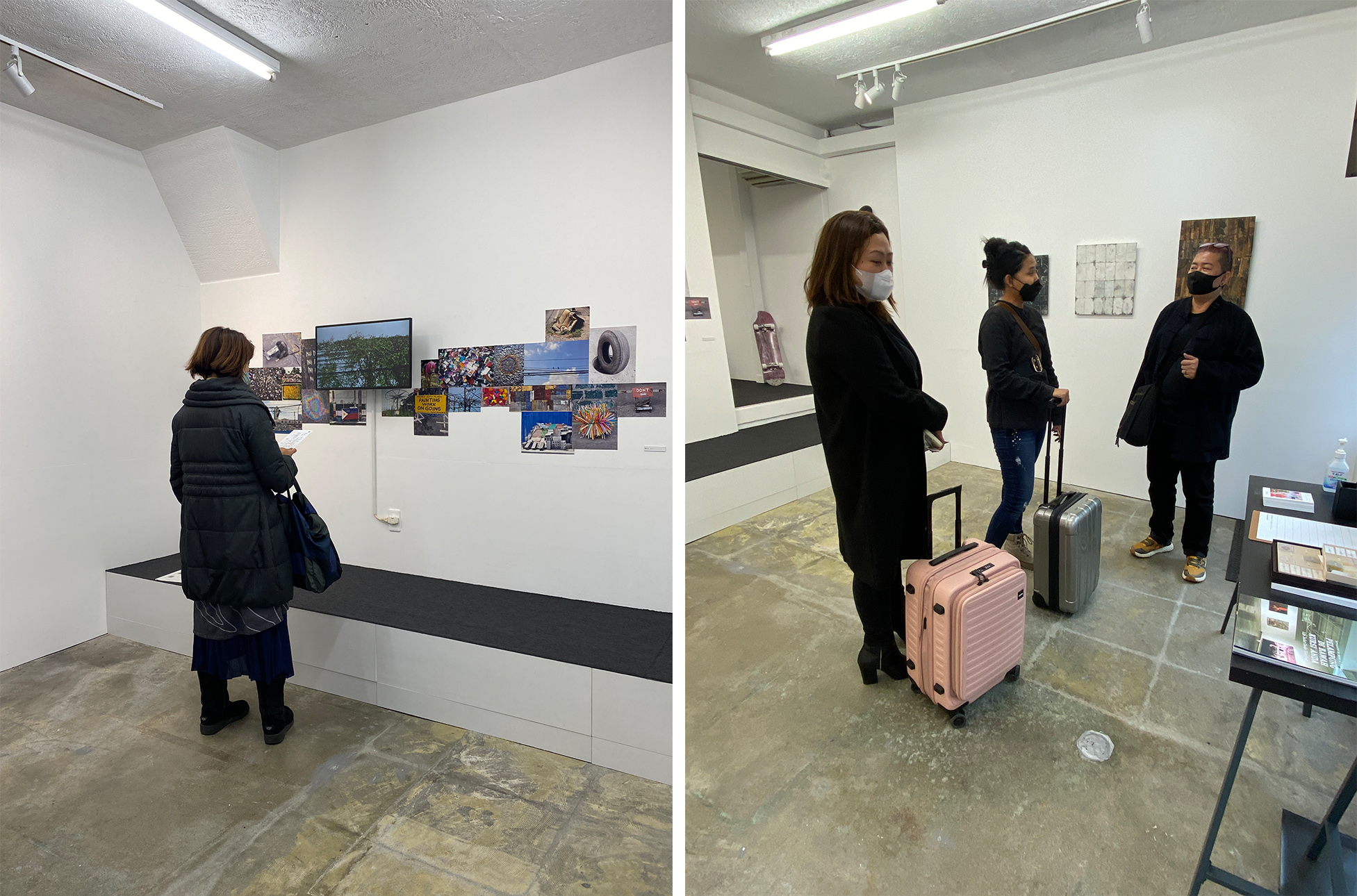 While the collective and the space no longer exist, its influence is persistent with already two international exhibitions revolving around their artists and practice. It is no wonder then that towards the end of the pandemic, where in Japan, artist-run spaces are on the rise given emerging support from local governments, Megumi decided to explore the connection between artist-run spaces in Japan and Manila, with Nano’s help.

He, in turn, organized an exhibit featuring artists from the Philippines: Yasmin Sison, his wife and fellow founding member of SBW, Louie Cordero, the youngest member they had, and friends of SBW: Ling Quisumbing and MM Yu. Rounding off the group is Kanamura himself, who in 2017 exhibited at West Gallery in Quezon City, Philippines.

Megumi opened the gallery soon after graduating from Kyoto City University of Arts, providing a space for her peers to be able to exhibit. The gallery’s name “Voice” stands for “voice of the artist” while “pfs/w” means “performing for survival/who what where when.” Later on when she became a part-time university teacher, she added her name to the gallery’s identity to correspond to the business side of art, as she is the one who handles sales and other operational functions. 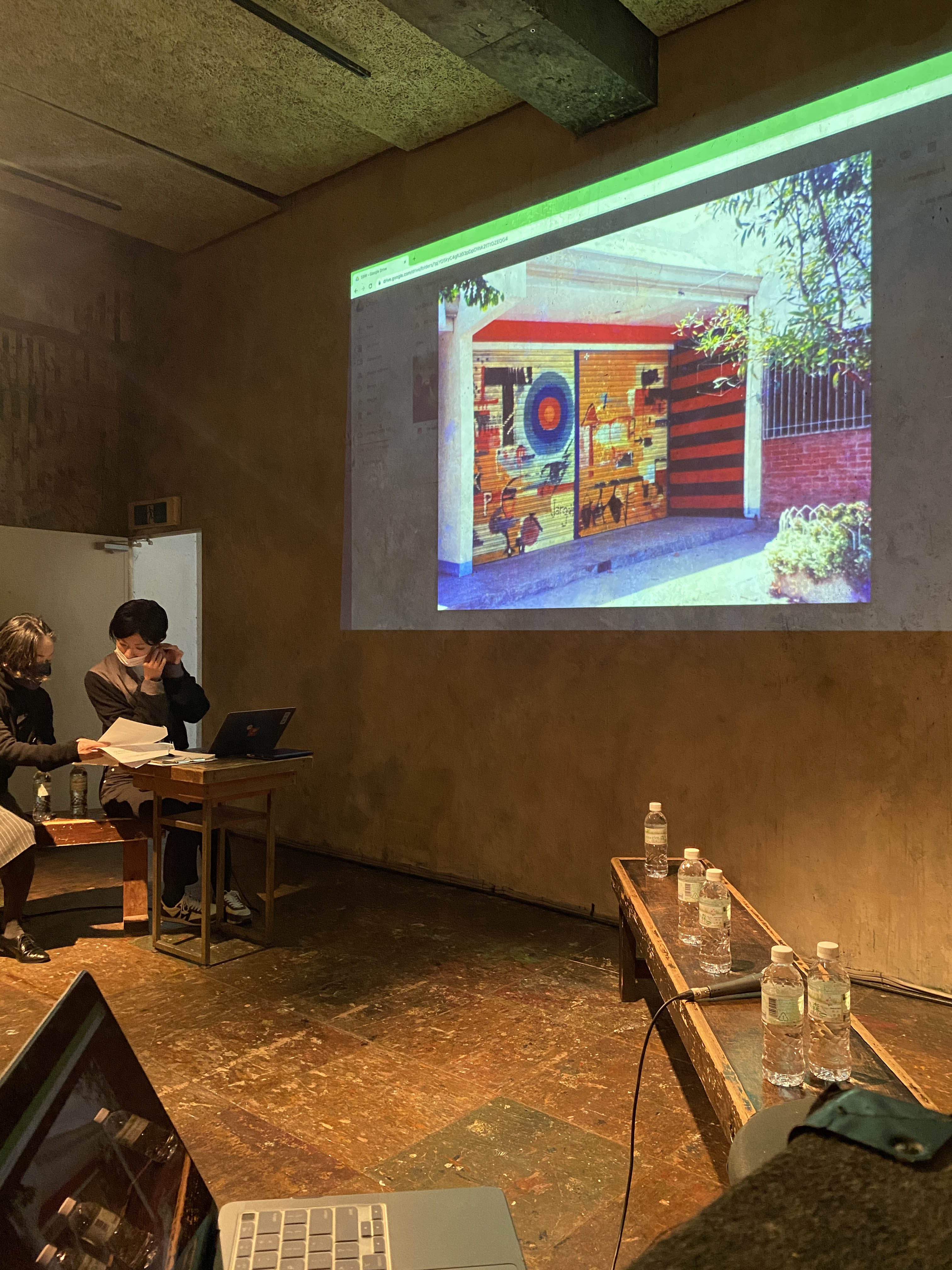 Before the Artist Talk at Urbanguild.
Delete

The resulting exhibition, Attitude and Practice: Independent Artists in the Philippines, is one that centers on artists whose careers have thrived outside gallery representation and maintained the spirit of independence. Part of this exhibition was an artist talk at the popular arts venue Urbanguild, where Matsuo Megumi, together with Mariano Ching, Yasmin Sison, Ling Quisumbing, Koki Lxx, and Hitoshi Kanamura discussed the history of SBW, as well as the independent art scene from the 2000s until today. Megumi asked about the challenges of running an artist-run space, as well as the challenges they faced politically and economically. She remarked how an effect of the pandemic on the art scene in Japan was that local governments began allocating more funds to encourage local art spaces, and shared that she invited Nano to organize an exhibition as she felt that the Philippines was more advanced in this regard, and that there was a lot to learn. Hitoshi shared his experiences in the Philippines, having been able to exhibit in Manila in 2017 at West Gallery. The talk also touched on the experiences of artists in tackling political situations, as well as how these spaces were catalysts for community action. Since SBW has been closed for close to twenty years, up and coming independent artist spaces like Project Space Pilipinas and KalawakanSpacetime were given as current examples from the Philippines. To round off the discussion, the participants gave their insights on how they plan to keep their independent practices despite the many global issues that have been occuring. Afterwards was an interaction between the guests which included university students, artists and creatives, and locals who were interested in Philippine art and culture. 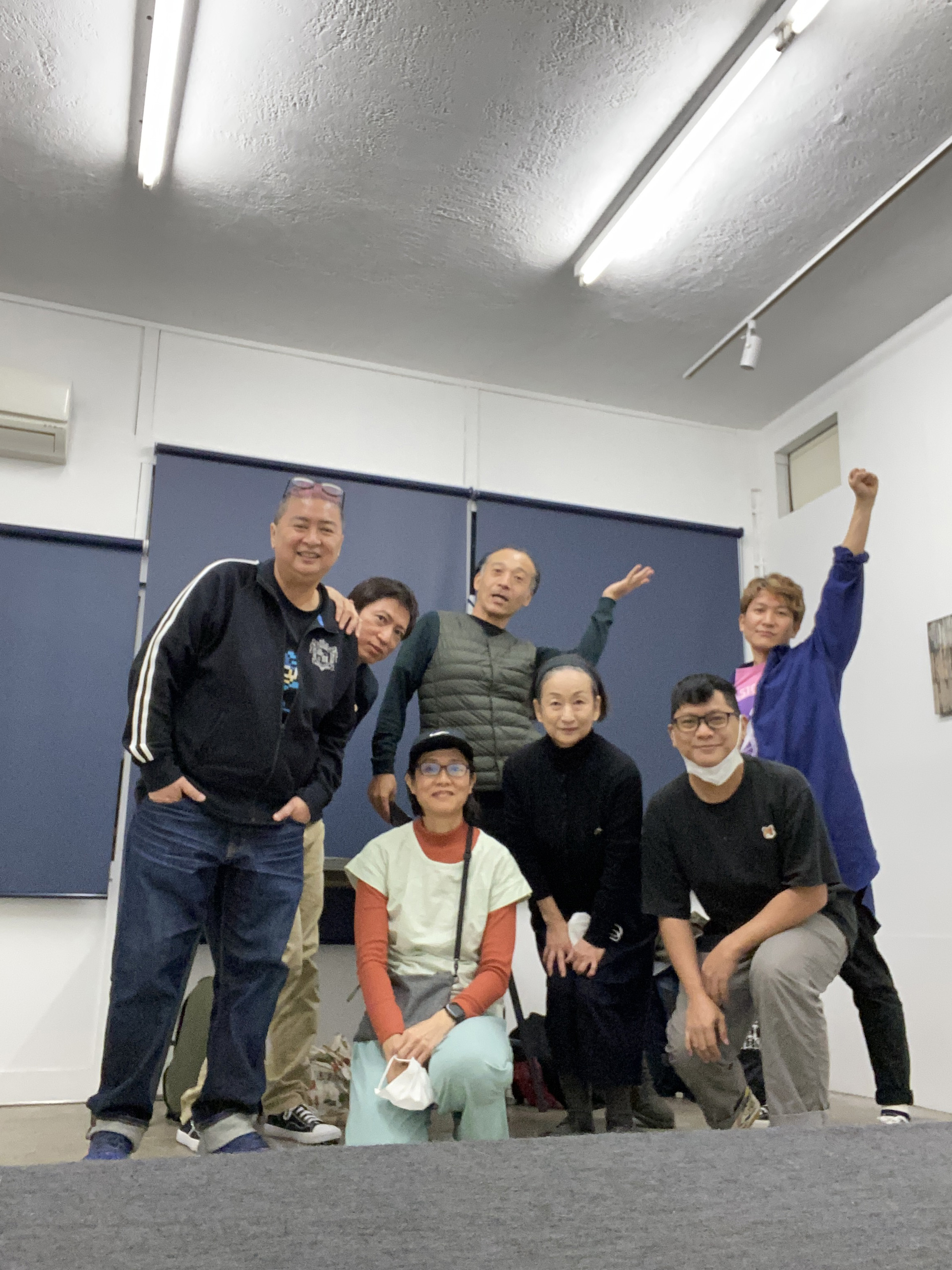 Megumi Matsuo and her team, with the artists.
Delete

The exhibition was also a satellite component of Art Collaboration Kyoto, which was held from 18-20 November 2022 at ICC Kyoto, and is one of the largest contemporary art fairs in Japan. On site was the public program special exhibition, curated by Jam Acuzar, the founder and director of Bellas Artes Projects in the Philippines. Scattered around the venue and in several offsite locations were works from artists of various nationalities. Megumi and Jam both expressed their interest in being able to bring more of the Philippine art scene to Japan through collaborations and other initiatives.

Attitude and Practice: Independent Artists in the Philippines, at Matsuo Megumi + Voice Gallery pfs/w ran from November 17 to Dec 4, 2022.

Koki Lxx is a visual artist, art writer, and curator based in Quezon City, Philippines.